Ministry of Defence said:
More than 3,000 miles from his home parish in Kent, Reverend (Flight Lieutenant) Matt Buchan has become the first RAF reservist chaplain to deploy to Afghanistan.
Leaving behind the leafy green village of Leybourne, Flight Lieutenant Buchan is serving at Camp Bastion, looking after the welfare of some 1,200 troops:

My role out here is as the Joint Aviation Group chaplain. My responsibilities include supporting the headquarters of British air assets, including the helicopter pilots and ground crew and force protection personnel of the RAF Regiment and RAF Police.
​
Parish priests would be familiar with the daily rhythm of prayer and visiting. The difference for me here is that I visit places of work which involve life and death issues, amongst people who may not regard themselves as religious, but who respect the role of a spiritual figure such as a chaplain. No two days are ever the same.
​ 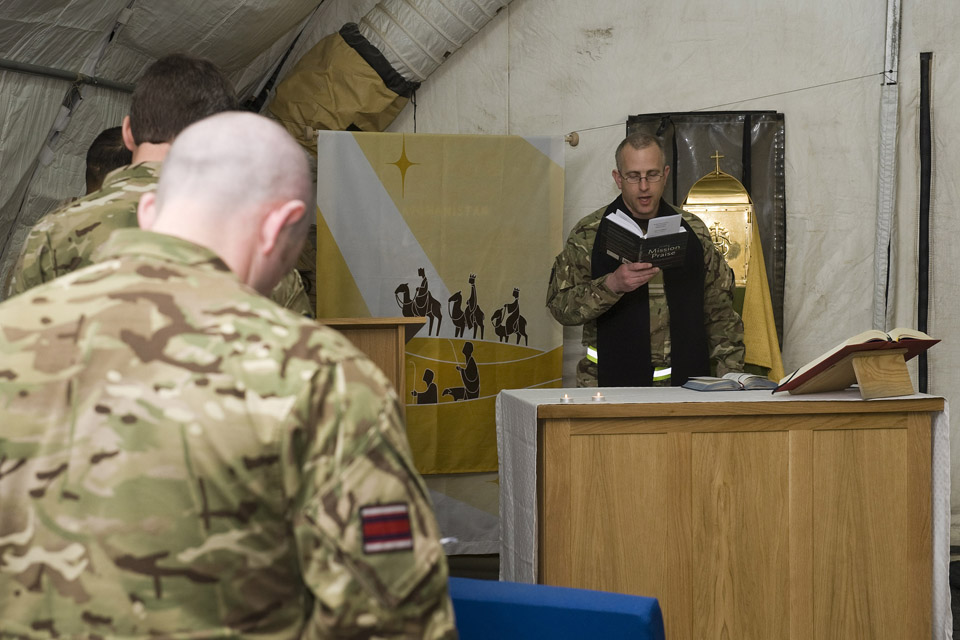 Reverend (Flight Lieutenant) Matt Buchan taking a service inside the St Michael's and All Saints Garrison Church at Camp Bastion [Picture: Corporal Jamie Peters, Crown copyright]Flight Lieutenant Buchan, aged 43, has been a Church of England priest for 15 years, and an RAF reservist since 2011. He serves with 600 (City of London) Squadron of the Royal Auxiliary Air Force, based at RAF Northolt, and also works alongside full-time RAF chaplains at RAF Brize Norton:

I have always attended the annual RAF Battle of Britain dinners, and one year the role of auxiliary chaplain was explained to me - it wasnt something I had ever considered before but the idea hit me like a bolt of lightning and I knew it was for me.
​
I have worked with all age groups in many environments but this is very different; Service life has taught me the importance of good planning, delegation, and focusing on achievable aims.
​ 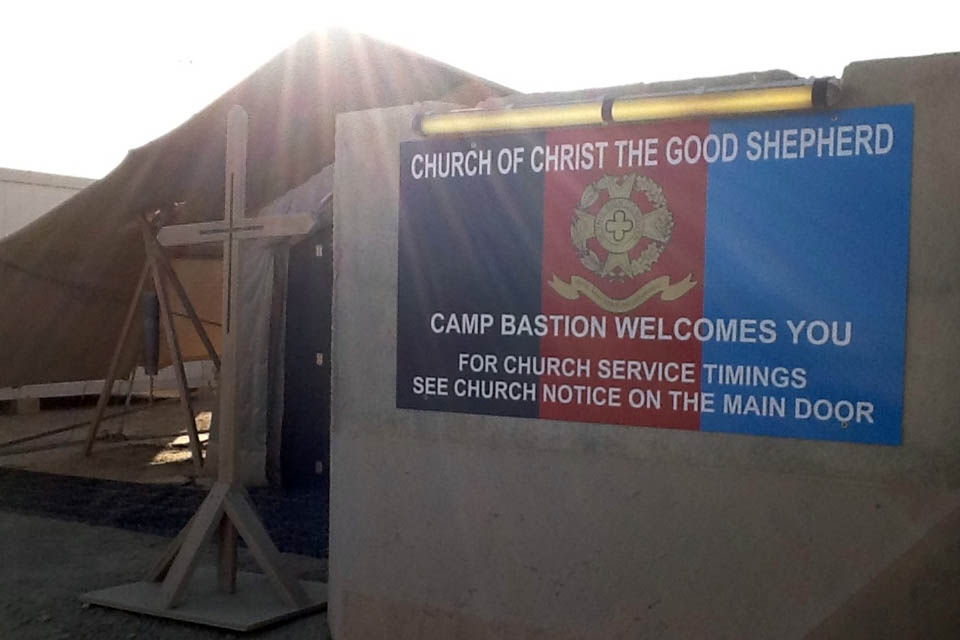 The Church of Christ the Good Shepherd at Camp Bastion [Picture: Corporal Jamie Peters, Crown copyright]Out in Camp Bastion Flight Lieutenant Buchan works in one of many green tents; its uniqueness marked only by a makeshift cross and an always-open door. Music plays from an iPod dock instead of an organ, whilst the constant noise of helicopters can be heard over the hymns.
The space provides a place and time for quiet contemplation for all, with a wooden message board for personnel to leave behind thoughts and prayers:

I think the role of chaplain is very important, to both believers and non-believers alike. Being a neutral person outside the chain of command can help people unburden themselves and we all need a friend sometimes. I work very closely with the other welfare people here - between us we try to ensure no-one in need slips through the net.
​ 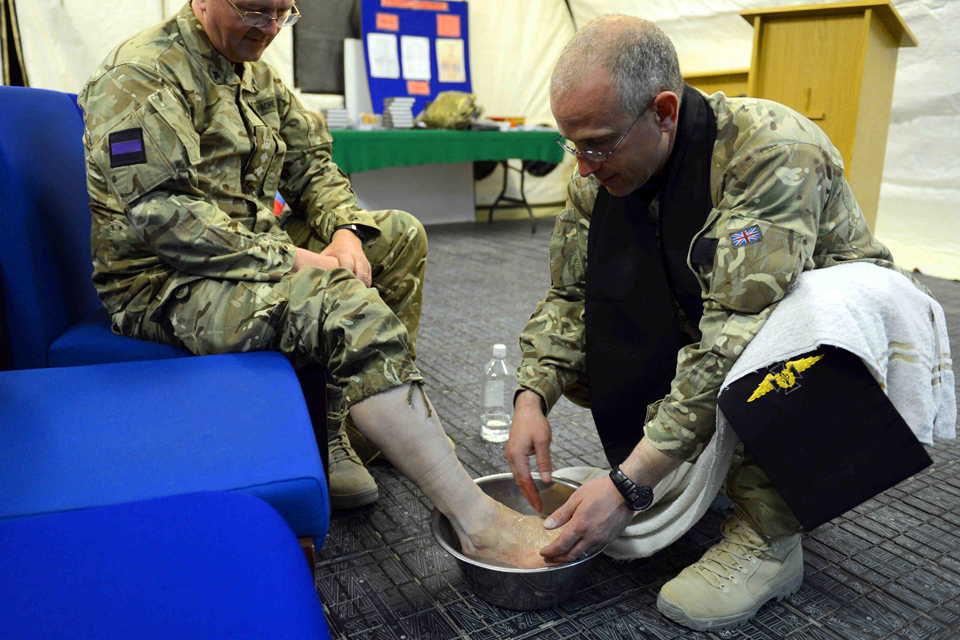 Reverend (Flight Lieutenant) Matt Buchan washes the feet of a serviceman at Camp Bastion [Picture: Corporal Jamie Peters, Crown copyright]
In this environment people face up to issues they might not ordinarily consider at home. People seem to be more open to issues of faith and the chaplain often has a vital role in finding words for very difficult circumstances.
​
Sometimes prayer is the only way some feelings and emotions can be expressed. It is a privilege to be here and to do what little I can for the people who sacrifice so much for our nation.
​
The UK Armed Forces are changing, with greater emphasis being put on the Reserve Forces. The aim is that, by 2020, reservists will be a fully integrated component of the Whole Force and, like Flight Lieutenant Buchan is doing now in Afghanistan, reservists will routinely deploy as part of all military operations.
To achieve this MOD is investing an additional £1.8 billion in the Reserve Forces.

The Padre was a Hooker by Stephen A Blakey

The Death Railway The personal account of Lieutenant Colonel Kappe on the Thai - Burma Railroad.
2

D
Feeling a little lost, I need a change :( Anyone been through a transfer from Army to RAF/RN?