The Defence Science and Technology Laboratory (Dstl) hosted its third annual supplier networking day at the Kassam Stadium in Oxford on Tuesday 1 July 2014, attended by around 400 suppliers from industry and academia.

The event aimed to communicate openly which aspects of Dstl’s work throughout 2014/15 are planned for delivery externally, so existing and potential suppliers could easily see how to become involved and work with Dstl.

The majority of Dstl’s programmes and project portfolios were displayed on the day, alongside the Centre for Defence Enterprise, Commercial Services and Dstl’s departments. Representatives from across Dstl were on hand to discuss individual areas of work, capability requirements and involvement opportunities. There were presentations by:


There were also interactive workshop sessions hosted by:


New for 2014 was the opportunity for delegates to book 10-minute 1-to-1 sessions with a Dstl Director, which proved particularly popular. 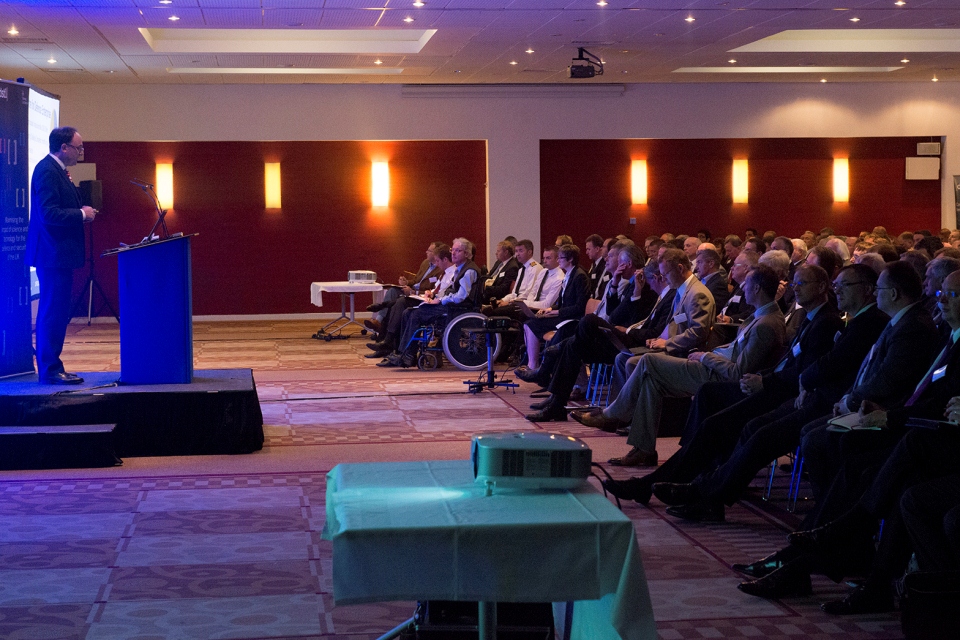 Suppliers from across industry, academia and small and medium-sized enterprises were represented on the day; including those with whom Dstl already works in partnership, as well as those new to working with the Ministry of Defence (MOD).

It is important to Dstl that existing and potential suppliers can easily see what aspects of the programme and project portfolios are planned for delivery externally as early as possible.


Did you attend on the day? Your feedback about the event is important to us and will help us improve future events. Please fill in the online feedback form.


More information from the day, including the directors’ presentations and a video of highlights from the event will be available here soon.

News story: Scientists move away from the keyboard to beat cyber attackers at their own game

Press release: Return-to-work placements for scientists and engineers at Dstl