News story: DIO on track for Wildcats' arrival in Somerset

Royal Naval Air Station (RNAS) Yeovilton will soon be home to the new Wildcat helicopters of the British Army and Royal Navy, with army regiments due to move from Gütersloh in Germany and Yorkshire to the air station.

DIO signed the first contract with industry partner Carillion in February 2014 to provide the new training and office facilities that will ensure that service men and women at the air base are able to train for deployment using both the existing fleet of Lynx helicopters and the Wildcats.

The final contract will deliver new and improved messing, accommodation, and sports and medical facilities at the Somerset air station. Works start this month and the project will be completed in November 2016 when the new helicopters are due to arrive.


DIO’s priority is to support our armed forces by delivering the facilities they need to live, work, train and deploy on operations; the right buildings in the right places.

Acquisition of the new Wildcat helicopters means that the Yeovilton base will become the British Army and Royal Navy’s centre for both front-line squadrons and training units, including the Commando Helicopter Force.

Today is an exciting day as it marks the start of the final part of the development.
​ 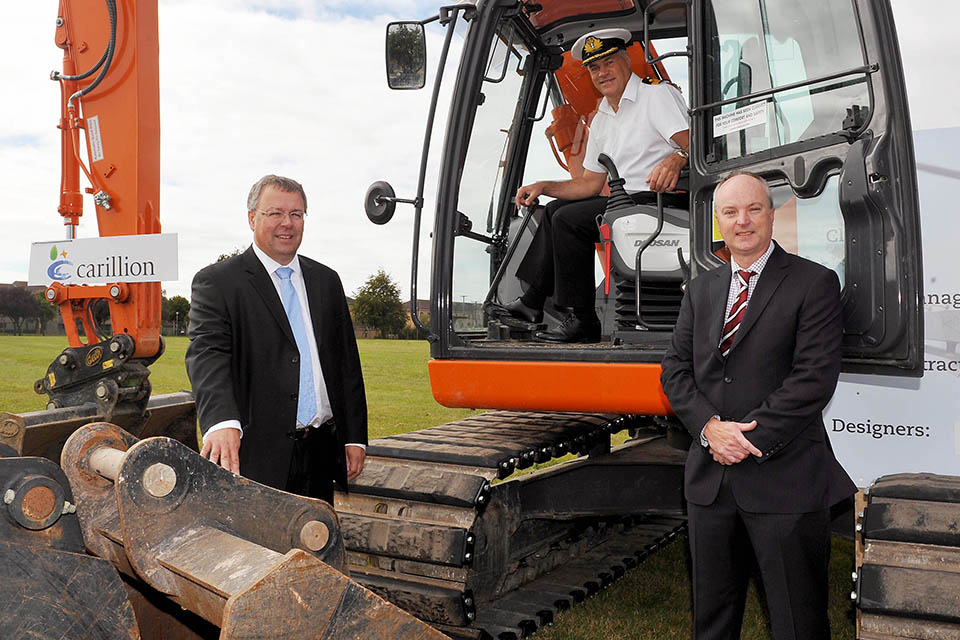 
It is great news that DIO is providing these much-needed new facilities here at Yeovilton. They will enhance our capabilities and ensure the Wildcat Force is ready when needed.

We look forward to working with the construction team at Carillion to deliver the final piece of this project.
​
Richard Lumby, managing director Carillion Defence, said:


We are delighted to have secured these contracts which will see Carillion deliver vital facilities for both the Royal Navy and Army and the men and women who will be based at RNAS Yeovilton.

This project will not only see Carillion transform the base but also create local jobs, including apprenticeships, and work with local suppliers as part of our commitment to bring lasting benefits to our customers and the communities in which we work.
​
For more information see the DIO blog site.

News story: MOD sets out vision to diversify supply base