Ministry of Defence said:
In a short ceremony in front of British, Danish, Estonian and American partners at the headquarters of Task Force Helmand in Camp Bastion, Brigadier Rupert Jones, Commander of 1st Mechanized Brigade, formally handed over to Brigadier James Woodham, Commander of 7th Armoured Brigade, also known as the Desert Rats.
Over the coming months the Desert Rats will support the Afghan National Security Forces (ANSF) as they lead the security of Helmand province, advising and training as well as providing important enablers such as medical evacuation, aviation and surveillance capabilities. 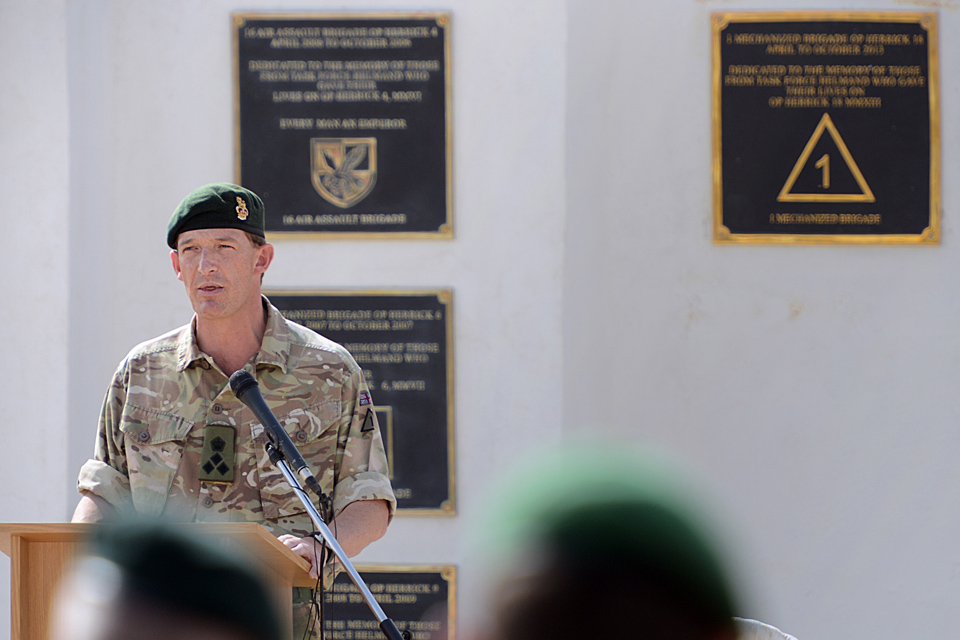 Brigadier Rupert Jones gives his parting speech and welcomes the new brigade at the transfer of authority ceremony [Picture: Sergeant Dan Bardsley, Crown copyright]Both brigadiers reflected on the successes of the Operation Herrick 18 summer campaign and discussed plans for the winter. A mark of the progress through the summer is that the footprint of UK forces across Helmand province has reduced significantly from 13 British bases 6 months ago to only 4 now, plus Camp Bastion.
The transfer of authority ceremony was also attended by Lieutenant General John Lorimer, Deputy Commander of the International Security Assistance Force, and Robert Dickson, Her Majestys Deputy Ambassador to Afghanistan.
Reflecting on the successes of his tour, Brigadier Jones, Commander of Task Force Helmand for Operation Herrick 18, said:

This summer has been all about the successes of the ANSF, who now lead the provision of security. They have really come of age and the insurgents have been no match for them.
They are full of confidence and are relishing their ever-greater independence. The truth is that they need our support less and less.
Of course, there is still work to be done and I am very proud of the achievements of everyone in 1st Mechanized Brigade and I wish 7th Armoured Brigade every success going forward.
​ 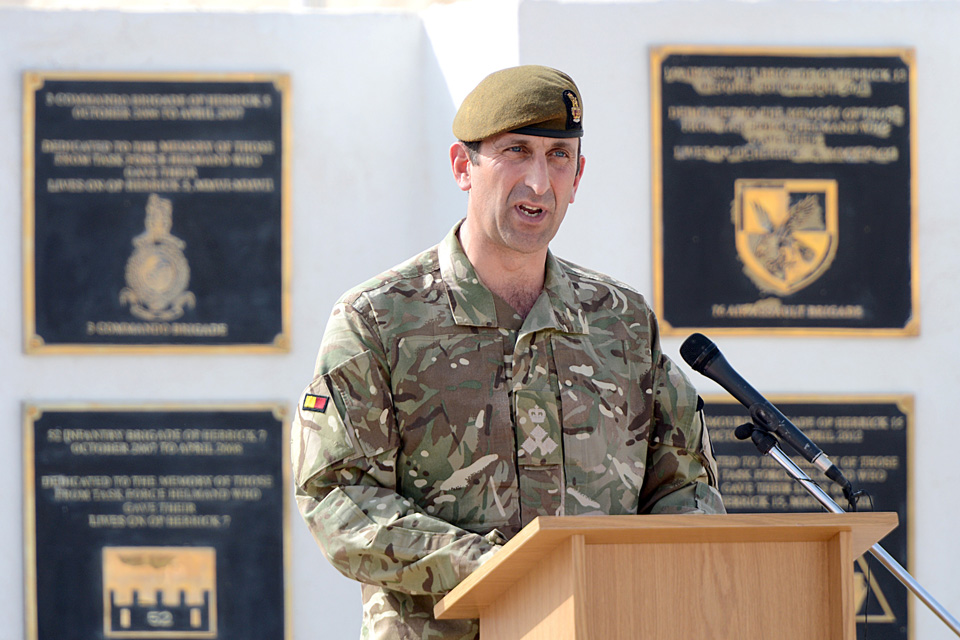 Thanks to the efforts and great sacrifices of those who have gone before from the ANSF and coalition forces, the Afghans have been able to lead operations this summer when traditionally the insurgency tends to be stronger.
Moving into the winter, our focus will be on providing them with support when it is really needed and continuing to develop their confidence and institutions, and improve the structure of their security organisations at a higher level.
​
Royal Navy, British Army and Royal Air Force units make up Task Force Helmand, and 7th Armoured Brigade will be the lead formation until summer 2014.