Exercise Black Eagle is a significant demonstration of the UK’s support to the region, as the UK continues to play a leading role in delivering NATO’s measures to reassure eastern allies.

Troops from the UK have engaged in a series of exercises on eastern allied territory, the largest of which is Exercise Black Eagle, where around 1,300 troops will train with their Polish counterparts from 10th Armoured Brigade.

Speaking at the visit the Defence Secretary said:


I think it’s important for NATO forces to be seen to exercise together. We are stepping up the scale of these exercises, so there are more of them, they are more continuous, they are of a larger scale and they involve more and more forces from across NATO.

That’s what’s important. To show that NATO members are working together to carry out their responsibilities to defend each other from any kind of aggression.
​ 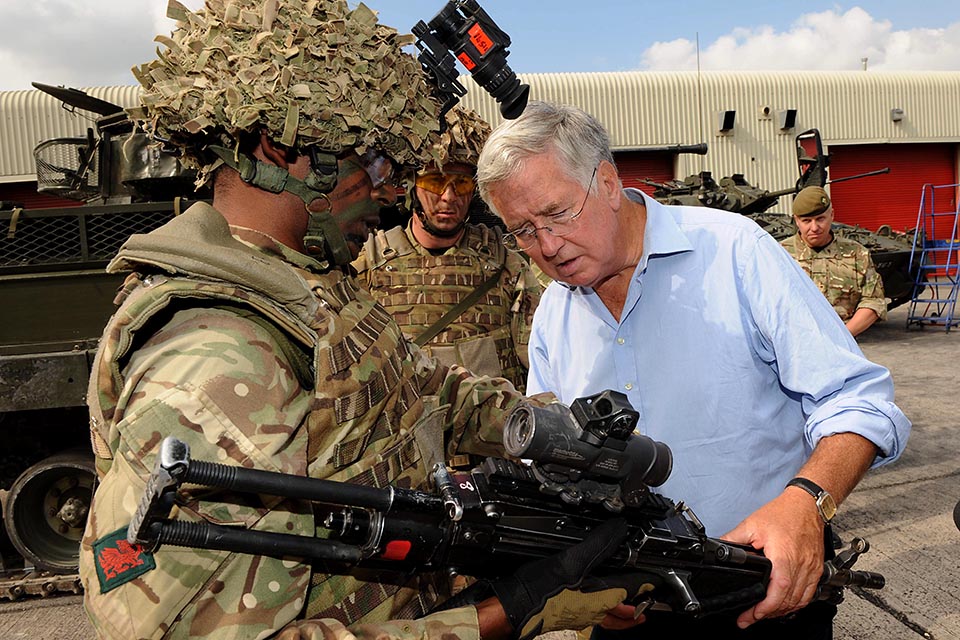 A soldier from 1st Battalion The Royal Welsh shows Michael Fallon one of the weapons he will be using on the exercise [Picture: Richard Watt, Crown copyright]

Members of the King’s Royal Hussars and 1st Battalion The Royal Welsh met the Defence Secretary to demonstrate the vehicles and equipment they will operate on Exercise Black Eagle.


There is huge enthusiasm here for the task that they are being sent on. This is one of the most important allied exercises for years which will help reassure and demonstrate our commitment to our eastern allies. That’s what they train for, and that is what they are ready for.
​
Lieutenant Colonel Justin Kingsford, commanding officer of the King’s Royal Hussars, said:


This was a great opportunity to show the capabilities and readiness of this battle group. Most soldiers in my battle group returned from Afghanistan about 2 years ago, so in many ways our very intense training in Canada was the culmination of 2 years’ worth of getting back onto these complex armoured vehicles.

Although we are still committed in Afghanistan, there are significant parts of the Army concentrating on contingency operations, like training for conventional war in armoured vehicles, and we are looking forward to getting out to Poland to train alongside the Polish 10th Armoured Brigade.
​ 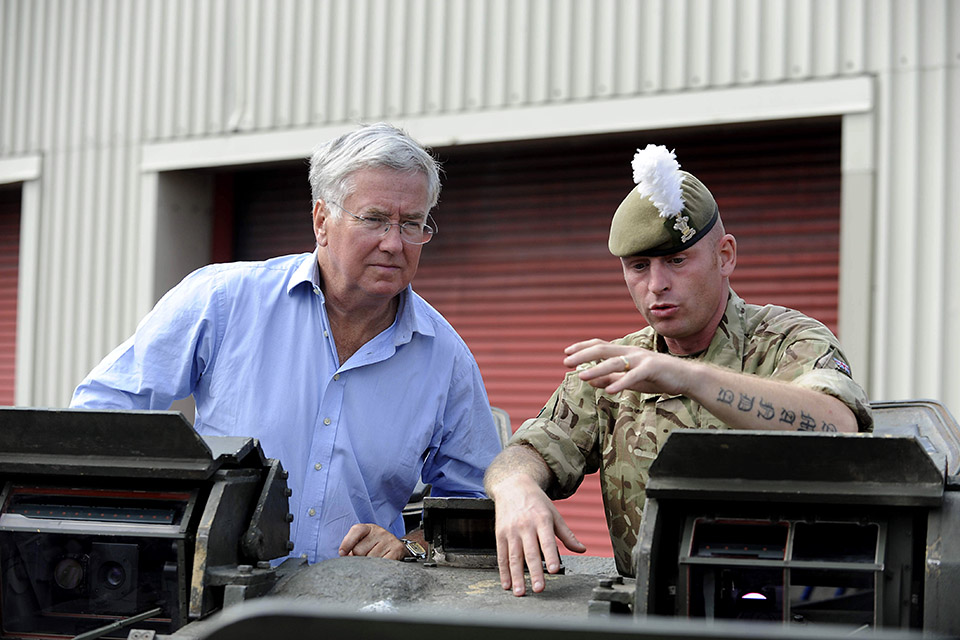 The King’s Royal Hussars make up a large part of the deploying battle group alongside 1st Battalion The Royal Welsh. Over 100 armoured vehicles and 250 other vehicles will make up the deployment, including vehicles such as the Challenger 2 main battle tank and the Warrior armoured fighting vehicle.

Alongside these exercises, the UK is currently providing Sentry E3-D aircraft to NATO’s Baltic air policing mission and between May and August deployed 4 Typhoons to support the mission. The UK also participated in BALTOPS, a major allied maritime exercise in the Baltic.

Book Reviewer
RIP
Reminds me of Kim Wotsit 'Looking at things'.
' .. the whole character of what Churchill called 'the island race' is being threatened without even the pretence of consultation with those involved.'
Norman Longmate, 'When we Won the War', 1977