Opening the Ministry of Defence’s LOGNET conference on military logistics, he said the UK would need the industry to stay ahead of the game for the country to retain its ability to respond quickly to threats from the likes of extreme terrorists and rogue states.

Today’s event, the fifth of its kind, brought together 250 leading industry and military figures from the defence logistics community. New technologies from 14 companies and departments were showcased including autonomous resupply robots and pioneering logistics software.


Our world-class Armed Forces are able to rapidly respond to unpredictable threats like terrorists and rogue states, and even humanitarian disasters like the recent tsunami in Indonesia.

We’ve got to move quickly when crisis strikes, and the logisticians are the unsung heroes behind those on the frontline, ensuring everything runs smoothly so they are there and ready to respond. This conference brings together some of the brightest minds in the sector as we look to spur them on to ensure we remain a world-leading military.
​
The UK is currently running around 30 logistics operations worldwide, with 15,000 people in the UK, in Africa, and in South East Asia delivering humanitarian aid and disaster relief as well as taking part in major Operations and Exercises. Just last week the MOD deployed an A400M transport aircraft and a team of military experts to Indonesia to help with the aftermath of the earthquake tsunami.

The Armed Forces are continually put through their paces in huge exercises such as the recently launched Saif Sareea in Oman to identify logistical best practice and uncover challenges faced on the modern battlefield. This ensures UK logistics systems are tested in the toughest of operational environments. These exercises help inform and steer the agenda for LOGNET events. 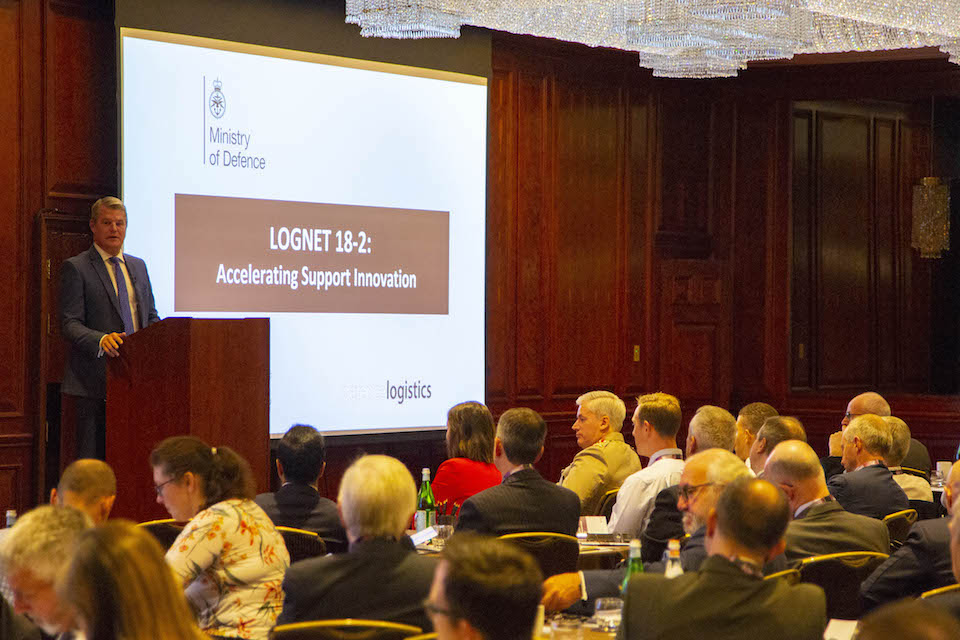 Main areas of interest in the fifth LOGNET conference included:


LOGNET is the MOD’s support engagement and future development event for the defence support network. It is designed to improve the understanding of UK defence’s support requirements, pursue knowledge of developments in academic and commercial capability, whilst reinforcing partnerships through continued engagement. Its outcome is to assist defence in arguing the case for the UK to maintain a credible, highly capable and value for money support capability.

Also speaking at LOGNET was the Vice Chief of the Defence Staff, General Sir Gordon Messenger who focussed on the importance of logistics support to our Armed Forces and how it ensures the UK maintains its military edge over adversaries.


The ability to meet any threat in the shortest amount of time with the necessary volume of personnel and military hardware is critical to our deterrent posture. This can only be achieved with robust and proven logistics support. LOGNET helps build crucial closer links between academia, industry and defence which ensures our Armed Forces have the support network they need.
​
Continue reading...
This is an automated feed from the Ministry of Defence website
You must log in or register to reply here.