Ministry of Defence said:
The British Forces Post Office (BFPO) provides a mail service for serving British forces personnel and their families worldwide, including those on exercises and operations.
[h=4]The deadline for sending parcels from the UK to reach recipients in Afghanistan by Christmas is 30 November 2013.[/h]The BFPO has been reminding the general public to keep the postal service free for friends and families and on average it processes approximately 7,000 packets and parcels daily. However, in the run-up to Christmas, this can increase to up to 18,000; and this figure does not include letters, which may add another 5,000 items daily.
[h=4]The last date for sending a letter from the UK to Afghanistan to ensure it arrives before Christmas is 3 December 2013.[/h]Information on the full range of BFPO services. 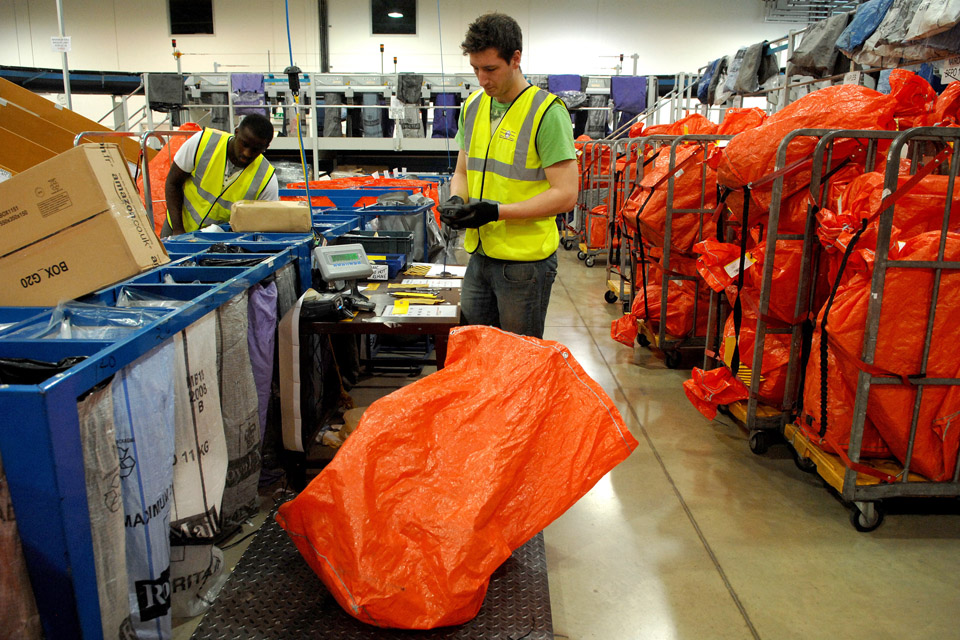 Post being prepared for dispatch to troops in Afghanistan at the British Forces Post Office hub at RAF Northolt (library image) [Picture: Senior Aircraftman Stewart Paterson, Crown copyright]The BFPO makes every effort to ensure gifts and personal mail from families and friends reach service personnel on time. Members of the public who want to show their support for our troops this Christmas can do so by donating to uk4u Thanks!.
The charity sends a present on behalf of the nation to every serviceman and servicewoman working overseas and in hospital at Christmas. They work closely with MOD to ensure their packages do not hold up family mail by using existing space in the supply chain.
[h=3]Hidden danger of unsolicited mail[/h]As the number of UK Armed Forces personnel in Afghanistan continues to draw down, remaining personnel will continue to be supported by the existing postal system.
Whilst there are fewer forward operating bases, delivering unsolicited mail requires additional helicopter resupply flights and road convoys, which places personnel in increased danger.

This is an automated feed from the Ministry of Defence website
You must log in or register to reply here.