Defence Secretary Michael Fallon welcomed troops from 20 Armoured Infantry Brigade and from 102 Logistic Brigade after they had marched from Wellington Barracks to the Palace of Westminster.

Personnel who took part served as part of Joint Force Support (Afghanistan) as well as ISAF Regional Command (Southwest) during the last tour of Afghanistan from June to November 2014. 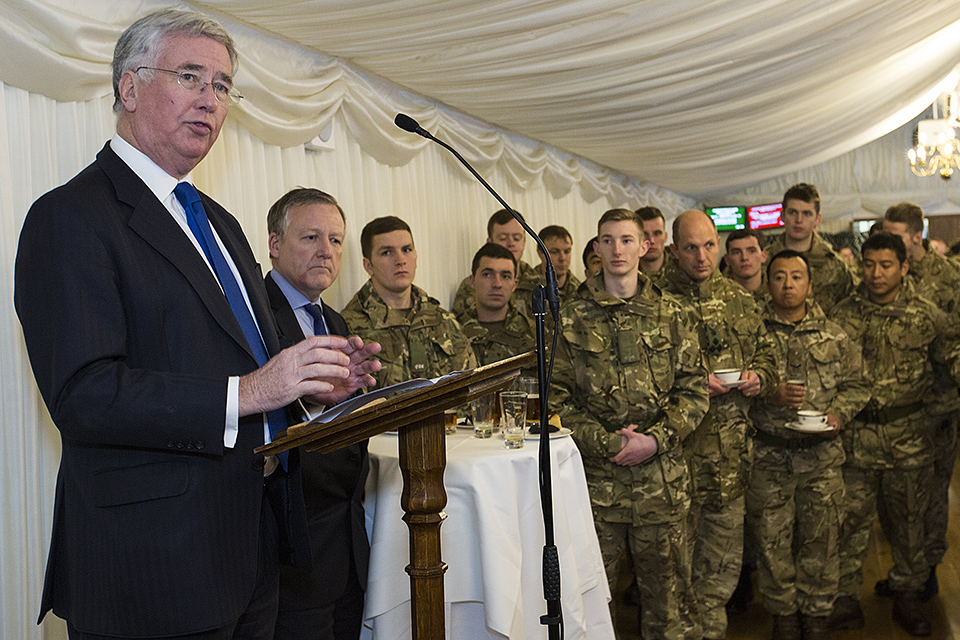 JFSp(A) was responsible for completing the biggest redeployment effort for a generation, closing down Camp Bastion in Helmand province as well as Kandahar airfield.

RC(SW) played a vital role in training the Afghan National Security Forces, handing over the lead for security in October 2014.

After meeting with Mr Fallon they were hosted by the All-Party Parliamentary Group for the Armed Forces at the Houses of Parliament. 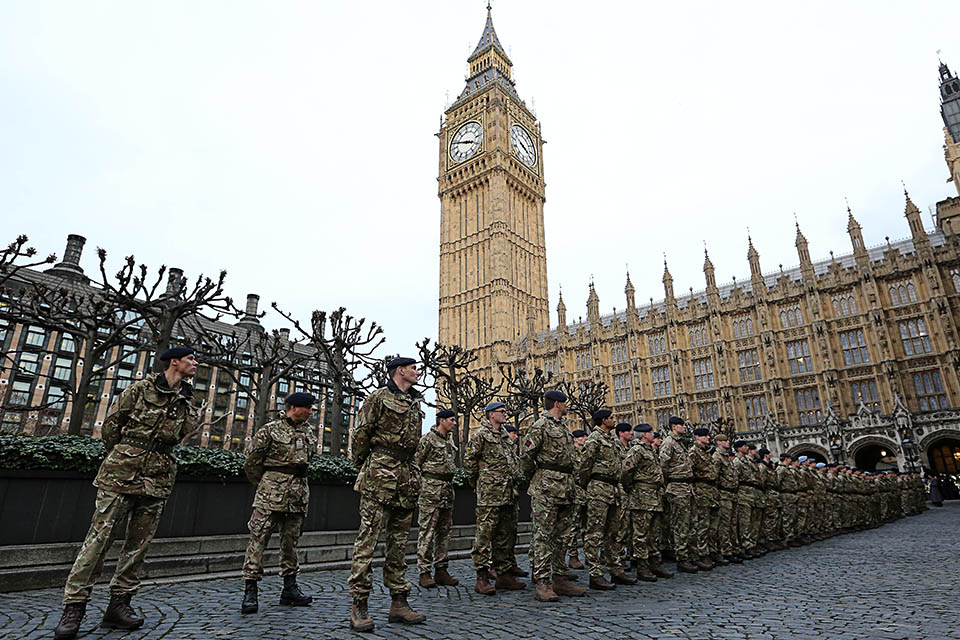 
The contribution of our armed forces over many years in Helmand has given Afghanistan the best possible chance of a secure future.

It is right that we welcome members of the final Herrick deployment and pay tribute to their efforts and sacrifices.

We should not underestimate the scale of the logistical challenge that they successfully overcame, nor the dangers they faced even in those final months.

While they represent the last of our combat forces, we should not forget that the UK’s commitment to Afghanistan has not ended and we will continue to support its security and development.
​
Brigadier Darrell Amison, Commander Joint Force Support (Afghanistan), said:


This parade has been conducted in recognition of the end of UK combat operations in Afghanistan, when we finally left Kandahar at the end of November.

I am immensely proud of all the soldiers, sailors, airmen and civilians who served with Joint Force Support and who contributed to the transfer of full security responsibility to the Afghans in Helmand province.

They completed a demanding redeployment operation in good order and ahead of time.
​
Combat troops returned from Afghanistan in October 2014 which marked the end of UK’s combat mission in the country.

The UK continues to support the country as the lead nation of the Afghan National Army Officer Academy in Kabul.

It wasn't this one then?


That one may have been a more appropriate re-enactment.
For where thou art, there is the world itself, and where thou art not, desolation.

It wasn't this one then?

That one may have been a more appropriate re-enactment.
Click to expand...

Thats the one that springs to mind when reading the MoD strapline. Unfortunately very appropriate in the circumstances...