Seven crew members of the 148 (special duties) squadron RAF who were onboard the RAF Halifax JP244 aircraft have been laid to rest almost 75 years after they were killed carrying out a supply mission over Albania. A burial service to honour the crewmen was held earlier today (Wednesday 24 October) at the Commonwealth War Graves Commission (CWGC) Tirana Park Memorial Cemetery, Albania and was attended by Her Majesty’s Ambassador, His excellency Mr Duncan Norman MBE, family members and local dignitaries. 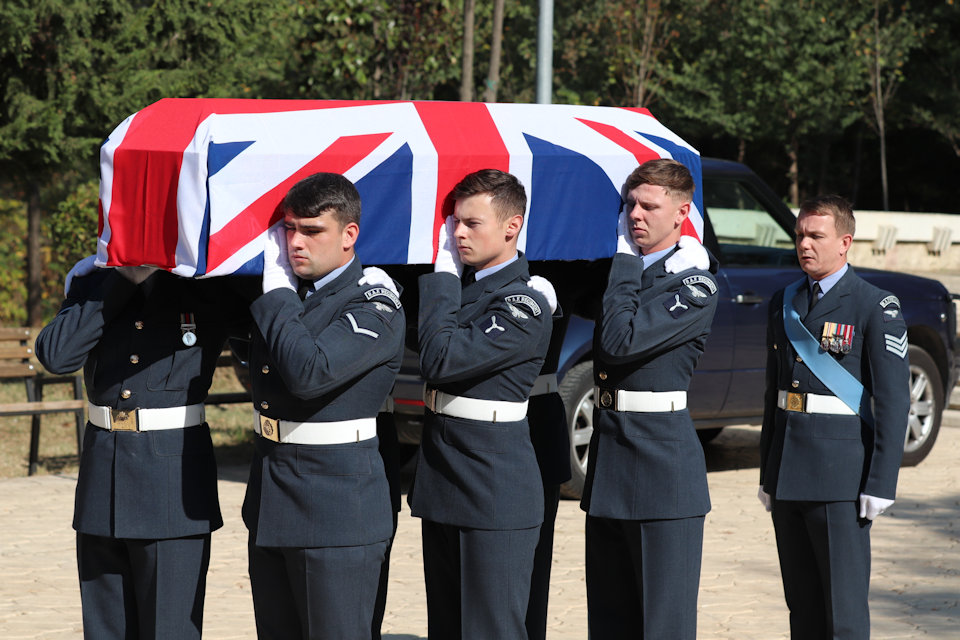 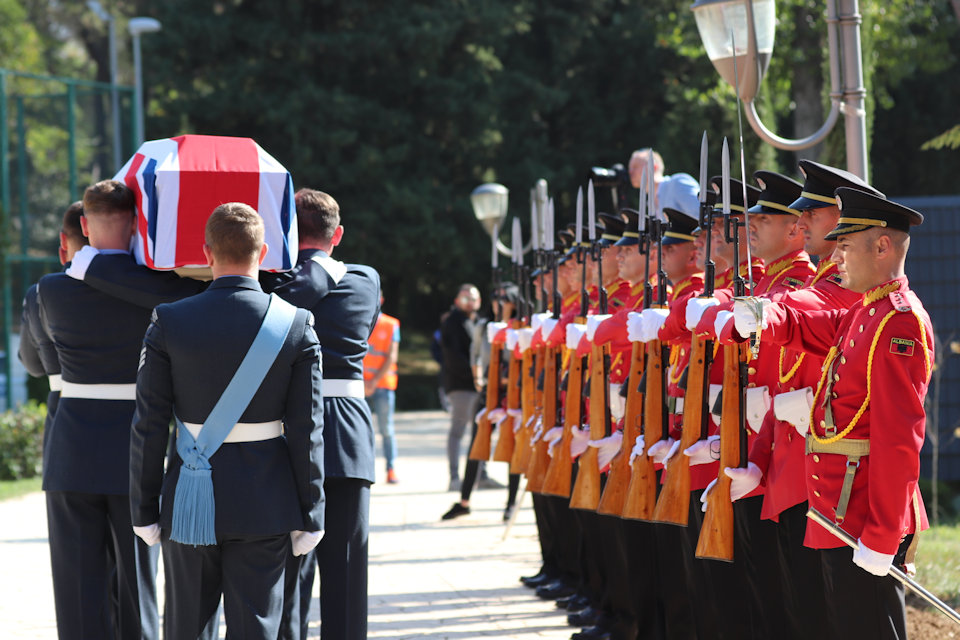 The coffin passes the Albanian Guard of Honour, Crown Copyright, all rights reserved

The service, organised by the MOD’s Joint Casualty and Compassionate Centre (JCCC), part of Defence Business Services, was conducted by the Reverend (Flight Lieutenant) Jonathan Stewart Station Chaplain RAFC Cranwell and supported by members of The Queen’s Colour Squadron RAF.


It has been a privilege to organise this service today and to reflect on the bravery of these 7 young men. All were killed carrying out a mission supporting members of the special operations executive, the crew were from different backgrounds but flew together as a professional tight knit team with one common aim.

Today we respect their commitment to duty and join with their families in honouring their sacrifice.
​ 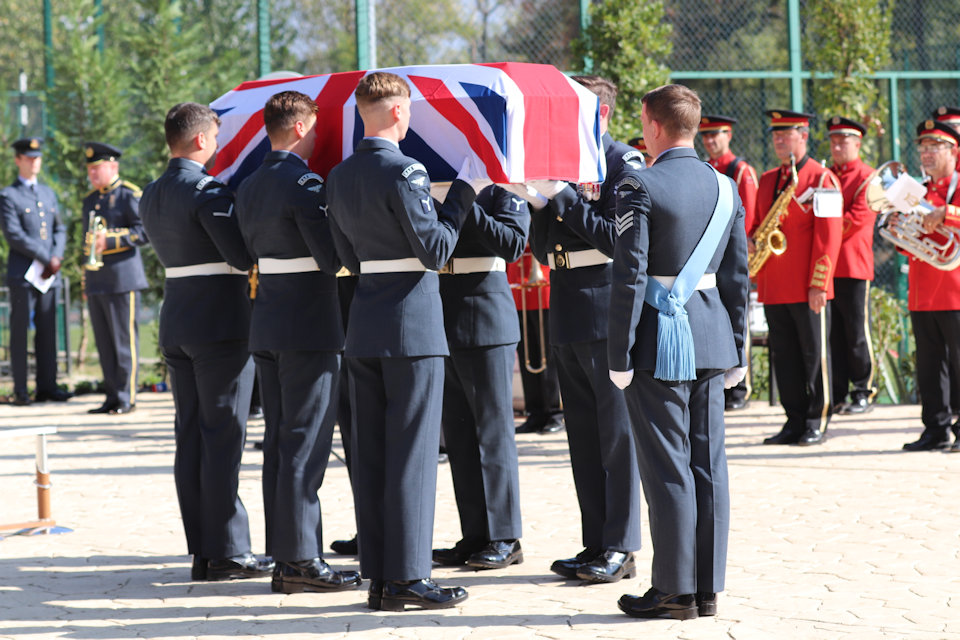 
The ceremony today not only brings closure to the families but demonstrates the continual and ever strengthening bi-lateral relationship between the United Kingdom and Albanian Armed Forces.
​ 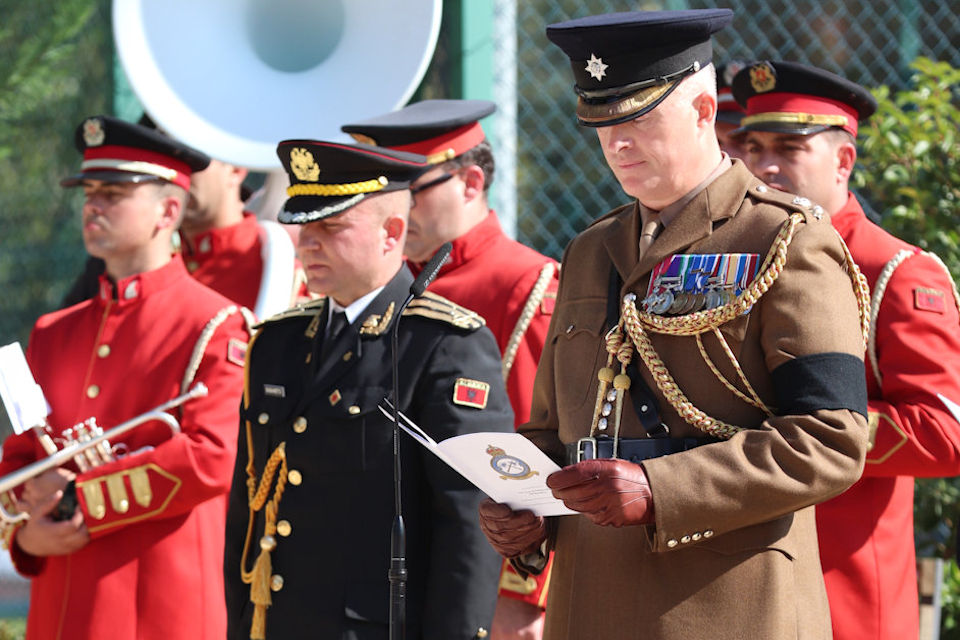 The 7 crew members remembered were:

The daughter of Sergeant Charles Mabbs, Kath Gammie who travelled with her daughter Fiona Fisher to the ceremony, said:


I found the ceremony very moving and felt that it would have made so much difference to my mother, who died never knowing what happened to her beloved husband. She spent years trying to find out and at last, as a family, we have closure.
​ 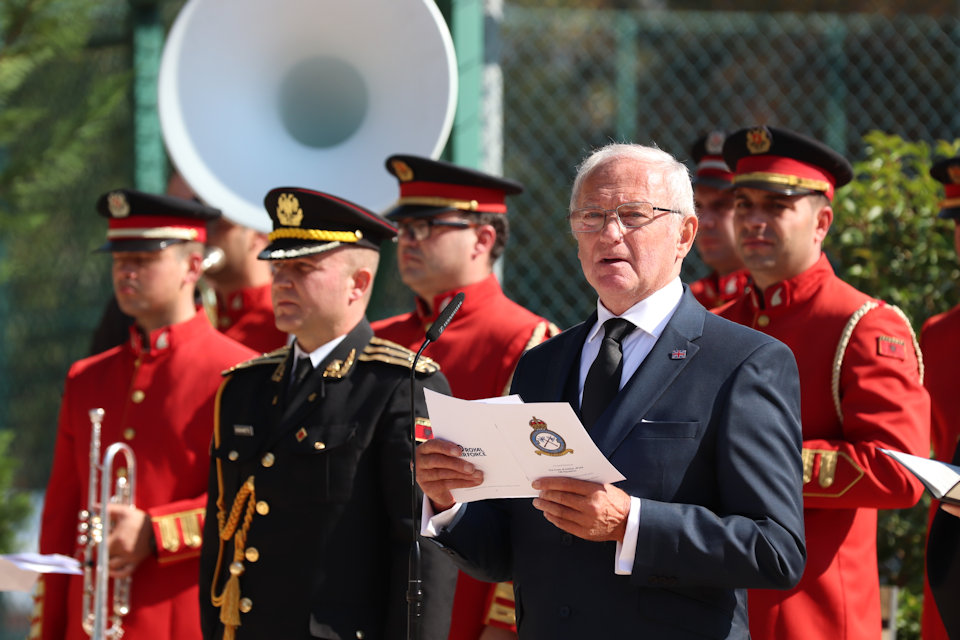 
The ceremony today is the final piece in the jigsaw of this amazing story, from the finding of the wreckage to the burial of the crew, we feel humbled and are grateful to all concerned.
​
On the morning of 29 October 1944, Halifax JP 244, 148 (special duties) squadron RAF whose motto was ‘Trusty’ took off from Brindisi, Italy at 7.59am to carry out a supply dropping mission, code named “Operations Tinker”, to the Special Operations Executive in Albania. Some time later all communications were lost. The special operations record book noted: ‘Nothing further was heard from this aircraft and must be presumed lost. It was seen to drop its load on the target.’

Wreckage positively identified as being from a Halifax was found recently following wild fires in Albania. Subsequent research by the air historical branch and the JCCC could conclude these were from Halifax JP 244.


It is a real privilege for me to be involved, laying to rest members of this RAF crew who undertook such an important mission to help bring us the freedom that we all enjoy today. Even though many years have passed, this is a poignant moment for all concerned.
​
Eleni Kakkava, CWGC regional supervisor Greece and the Balkans said:


The Commonwealth War Graves Commission is honoured to commemorate by name those airmen of 148 squadron who flew and died together on 29 October 1944, on the Malta Air Forces Memorial. Today we are deeply moved to be able to lay members of the crew of Halifax JP244 to rest in the Tirana Park Cemetery and mark their grave with a CWGC headstone.

We remember their sacrifice and that of all those who served and will care for their graves and their memory with dedication, forever.
​
Continue reading...
This is an automated feed from the Ministry of Defence website

News story: Grave of courageous World War 2 pilot has been rededicated 77 years after his death