Ever since its foundation in 1949, the United Kingdom has played a leading role at the heart of this transatlantic alliance and this year we will host its latest summit in Wales.

It is perhaps a little known fact that it was the British Foreign Secretary, Ernest Bevin, who was instrumental in setting up NATO; he came up with the idea of a western alliance and then set about negotiating with countries across the globe. And Britain hosted the first meeting of NATO deputies in 1950.

In 1952, Winston Churchill’s military adviser, General Ismay, became the first ever Secretary General of NATO and as such helped to define the role. He was the first of 3 British secretaries general to lead NATO. 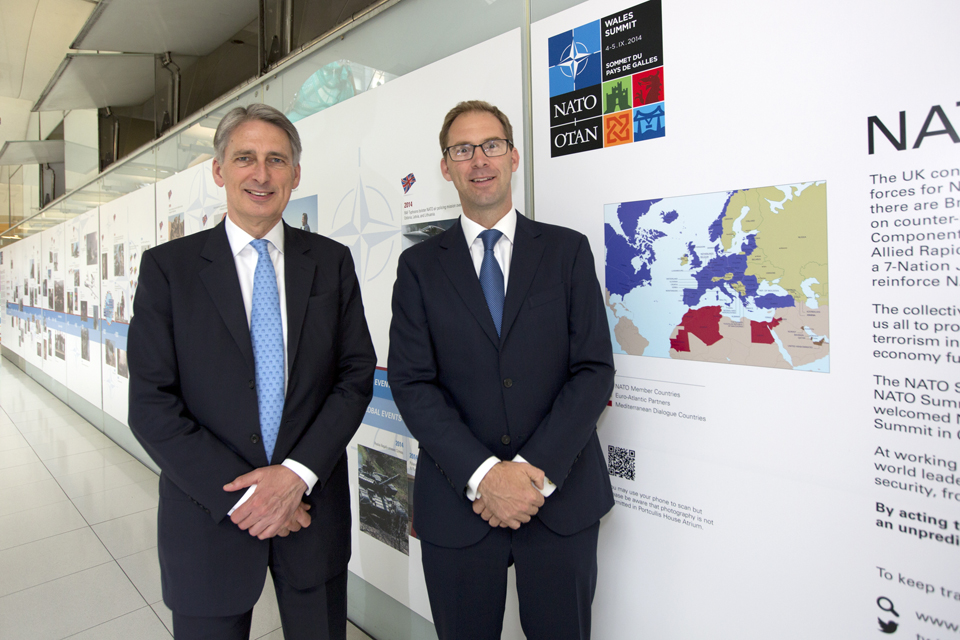 Britain hosted its first full NATO summit in 1990. Led by Margaret Thatcher, this was the first summit post the reunification of Germany and was a key moment in NATO’s history.

On operations, the UK has also played a key role in numerous NATO missions over the last 65 years: providing armed escorts for humanitarian aid convoys and leading the military offensive into Bosnia in the 1990s, as the second largest contributor to ISAF forces in Afghanistan, and sending RAF Typhoons to the NATO air policing mission over Estonia, Latvia and Lithuania today.

All these events, and more, are captured in a new visual timeline on show at Portcullis House in London. This charts the changing history of NATO, illustrating how it has had to adapt to respond to new global threats and highlighting the UK’s significant involvement at the heart of the Alliance.

NATO is the cornerstone of our defence and as the UK looks forward to hosting the NATO Summit this year in Newport, Wales, this is an opportunity to remind ourselves of the UK’s central role within the Alliance for the last 65 years.

RAF Fighter Jets, Surveillance and Refuelling aircraft have been in action across Europe this week in support of NATO allies