The service honoured the 453 Servicemen and women who lost their lives during the campaign and recognised the contribution of the Armed Forces, charities, aid organisations and all those in the UK who worked to make Afghanistan a safer and more stable country.

Among the guests were HM The Queen and HRH The Duke of Edinburgh, members of the Armed Forces, veterans, the next of kin of deceased personnel, representatives of military and aid charities and organisations, and the UK’s NATO allies.

Broadcast live on BBC One, the service was followed by a parade at which HRH The Prince of Wales took the salute as personnel from the Royal Navy and Royal Marines, the Army, the Royal Air Force and veterans, supported by military bands and pipes and drums, marched from the cathedral to Guildhall in the City of London.

Aircraft used in the campaign including Chinook, Apache and Sea King helicopters, and Hercules and Tornado aircraft flew over the cathedral and parade in tribute to everyone who served in Afghanistan.


Today we stand together to honour the bravery and sacrifice of the thousands of British men and women who served our country in Afghanistan. We take pride in the scale of their achievements, driving out Al Qaeda and building up the Afghan forces so they can begin to take control of their own security. Thirteen years on, the terrorist threat to our country from the region has been substantially reduced. Our families are safer because of what our Servicemen and women have done.

We also pay tribute to the outstanding contribution of our civilians and aid workers who continue to risk their lives in the service of others. Their efforts underline our ongoing commitment to support the people of Afghanistan in building a new future for their country.
​
Also in attendance were The Duchess of Cornwall, The Duke and Duchess of Cambridge, Prince Harry, The Duke of York, The Earl and Countess of Wessex, The Duke of Gloucester, Deputy Prime Minister, Secretary of State for Defence, Service Chiefs and other senior political and military figures. 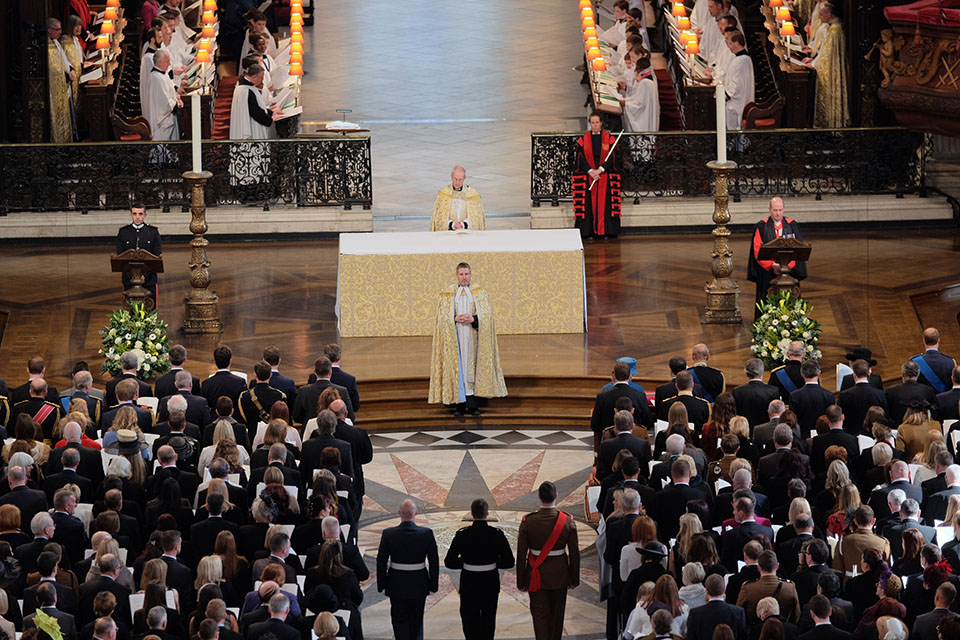 
The service at St Paul’s and the parade were incredibly moving. Seeing the Bastion cross rededicated today brought home the enormity of the contribution and sacrifice that Britain has made to helping Afghanistan become a safer country. This was the right way for the whole country to pay tribute to everyone who worked so hard and achieved so much in Afghanistan over 13 years, especially those who sustained life-changing injuries, and those who paid the ultimate sacrifice.

I am delighted that large numbers of our Armed Forces, veterans, their families, and representatives of charities and aid organisations, were able to pause and remember those we have lost, and to recognise the extraordinary courage and dedication of all those who served.
​
The Chief of the Defence Staff General Sir Nicholas Houghton, said:


Today’s services at St Paul’s Cathedral and around the country were an opportunity to commemorate the service and sacrifice of all who served in Afghanistan. They were also an opportunity for us to thank and pay particular tribute to our Service families. They have endured the extreme anxiety of waiting at home and many have had to bear the grief of a loved one lost or badly injured. As Chief of Defence Staff I am intensely aware of the debt of gratitude we owe them all.
​ 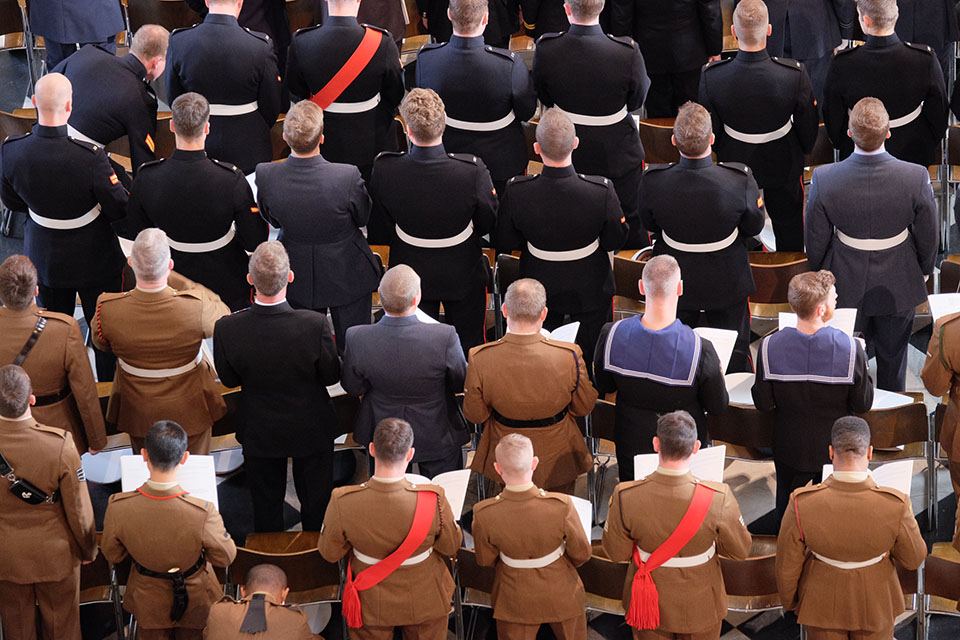 Among the Armed Forces personnel who attended was Captain Gary Barrow from Tidworth, whose 13 year old son Tyler jointly led an Act of Commitment to the Common Good, during the service.

Captain Barrow, who serves with the King’s Royal Hussars, was shot and wounded in his left shoulder and sustained rocket propelled grenade fragmentation wounds to his legs during his first tour of Afghanistan in 2007. He then went on to make a full recovery before returning to Afghanistan for two further tours in 2009 and 2012. He said:


The first time I went to Afghanistan in 2007 we were as close to conventional warfare as it gets. When I returned two years later we were training and mentoring Afghan forces and by the time I left in 2012, the Afghans were taking the lead in planning and conducting operations. I saw places that hadn’t even seen a form of governance transform into part of a stable country.

Afghanistan has been the focus of my and many others’ military careers. Today was a chance to reflect on what we’ve achieved, honour everyone that took part in making the country safer and more secure and close the chapter on the last ten years.
​
Kerry Ashworth, the mother of Lance Corporal James Ashworth VC, of the Grenadier Guards, who was awarded the Victoria Cross posthumously in 2013 for his supremely courageous and inspiring actions during an insurgent attack in 2012, read a prayer during the service. She said:


This service is our chance to say thank you and to honour all those who served in Afghanistan. I am so grateful for the opportunity to give my thanks today, especially to those who passed away. It’s so important that we honour them, and today we can show how thankful we truly are.
​
International Development Secretary Justine Greening said:


The extraordinary dedication, courage and sacrifice of our Armed Forces, working alongside civilians and aid workers, helped to create a safer, more stable Afghanistan and the chance of a better future for its people.

British support has helped get girls into school, improved healthcare and created jobs, and we will continue to stand shoulder to shoulder with the Afghan people in the years ahead.
​
During the service, the Archbishop of Canterbury Justin Welby gave an address, and an Act of Commitment to the Common Good was led by the Bishop of London Richard Chartres.

A cross made of shell casings that adorned a memorial wall in Camp Bastion was blessed by The Archbishop of Canterbury, ahead of forming part of a new Bastion Memorial Wall at The Royal British Legion’s National Memorial Arboretum, which will be dedicated at a special ceremony in June.”

After the parade receptions were held for those who attended the service and those who took part in the parade at Guildhall hosted by the City of London Corporation, the Honourable Artillery Company, and Wellington Barracks hosted by The Royal British Legion, and attended by members of The Royal Family.

Afghan was a waste of time and waste of lives. Still, I enjoyed it though.

I got a nice rug from there and two very useful blankets.

Also became addictted to sniffing olbas oil. Used it to block out the stench of kabul

"Get yer lovely arses out of here! I'm just holdin' the fort'