A landmark judgment by India’s highest court has overturned a colonial-era law that criminalizes consensual gay sex, in a long-fought for victory for the LGBTQ community.
The five-judge bench reached a unanimous decision Thursday in the capital New Delhi. Delivering his decision, Chief Justice of India Dipak Misra said, “The LGBTQ community has the same fundamental rights as citizens. The identity of a person is very important and we have to vanquish prejudice, embrace inclusion and ensure equal rights.”
Click to expand...

India’s top court on Thursday decriminalized adultery in a landmark judgment aimed at upholding the right to equality and freedom, scrapping a law first brought in under British colonial rule in 1860. “Adultery cannot and should not be a crime. It can be a ground for a civil offense, a ground for divorce,” Chief Justice of India Dipak Misra said while reading out the judgment.
Click to expand...

The Indian government has launched one of the world's largest publicly funded health insurance scheme, set to cover some 500 million poor people.

India will launch its first manned space mission by 2022, Prime Minister Narendra Modi said today, which could make it the fourth nation to do so after the United States, Russia and China. An Indian astronaut, be it a man or a woman, will go on a space odyssey by 2022 on board 'Gaganyaan', Prime Minister Narendra Modi said in his Independence Day address from the Red Fort in Delhi.
Click to expand...


5. India lift a record 271 million people out of poverty in the past 10 years

India has made momentous progress in reducing multidimensional poverty with its incidence almost halving between 2005-6 and 2015-16, climbing down to 27.5 per cent from 54.7 per cent, according to estimates from the 2018 global Multidimensional Poverty Index (MPI).

"In India, the first country for which progress over time has been estimated, 271 million people moved out of poverty between 2005-06 and 2015-16. The poverty rate here has nearly halved, falling from around 55 per cent to around 28 per cent over the 10-year period," said the estimates released on Thursday by the UN Development Programme (UNDP) and the Oxford Poverty and Human Development Initiative (OPHI).
Click to expand...

271 Million People Moved Out of Poverty in India Over 10-Year: UNDP | LatestLY

‘Swachh Bharat Abhiyan – a sanitation revolution will leave its impact in India’s history. The government is confident that the target of going open defecation free by October 2, 2019, will be met and it will be before the deadline,’ says Secretary Ministry of Drinking Water and Sanitation Parameswaran Iyer while addressing the 2nd India Sanitation Coalition (ISC)-FICCI Sanitation Conclave and Sanitation Awards at FICCI today.
Click to expand...

We Are Confident That India Will Become An Open Defecation Free Country Before October 2019 Deadline: Government | News
India is, the cradle of the human race, the birthplace of human speech, the mother of history, the grandmother of legend - Mark Twain

Fantastic! Are all of these things somehow related?

Married gay astronauts no longer in poverty, so they can now afford indoor plumbing, and also get free treatment for their STDs?

When can the UK have its DFID money back please?
Life member of school for fools.

Dwarf said:
Space apart, why have these things taken so long?
Click to expand...

Because in India indoor toilets are where no man has gone before
Once during a fever I remembered that when a European is dying, there is usually some sort of ceremony in which he asks the pardon of others and pardons them. I have a great many enemies, and I thought, what should my answer be if some modernized persons should ask me my views on this? After considering it, I decided: Let them go on hating me. I shall not forgive a single one of them.


5. India lift a record 271 million people out of poverty in the past 10 years

271 Million People Moved Out of Poverty in India Over 10-Year: UNDP | LatestLY

We Are Confident That India Will Become An Open Defecation Free Country Before October 2019 Deadline: Government | News
Click to expand...

Why aren't you crowing about this on a forum for all things related to India. Why are you here? Do you have some sort of weird agenda?
A fireman to be successful, must enter buildings; His whole success depends on his getting in and remaining there, and he must always carry his appliances with him, as without them he is of no use. James Braidwood (1800-1861)

Let’s burn a dead man’s wife alive and wash in an excrement infested river, to celebrate.

BratMedic said:
Why aren't you crowing about this on a forum for all things related to India. Why are you here? Do you have some sort of weird agenda?
Click to expand...

Welcome to the 20th century. By the 22nd century you may have caught up with the current standards of the first world.

BratMedic said:
Why aren't you crowing about this on a forum for all things related to India. Why are you here? Do you have some sort of weird agenda?
Click to expand...

Dwarf said:
Oh yes he does.
Click to expand...

Yes; note the fact that despite 70 years of independence, the repealed laws are 'colonial era', with the inference being that these were imposed in the face of local opposition, but took such hold culturally (the fault of... can you guess?) they've taken decades to get rid of.

Earth's agenda is that of a immature teenage nationalist (the equivalent here would be some teenager with posters of Jayda Fransen on his wall and an unhealthy belief in the utter supremacy of his race/nation, with all failures being blamed on someone else), and damn any facts or nuance. In the days of the Viro Bono Terror, this'd have been holed about 9 seconds after it appeared...

So every Indian now has equal entitlement to being raped in a proper space bus portacabin, regardless of sexual orientation, except for you Dalits Earth?
Regnar

This is one of India’s sacred cows.

If I leave this image here, the OP won’t be able to post again until it freely moooooves off. 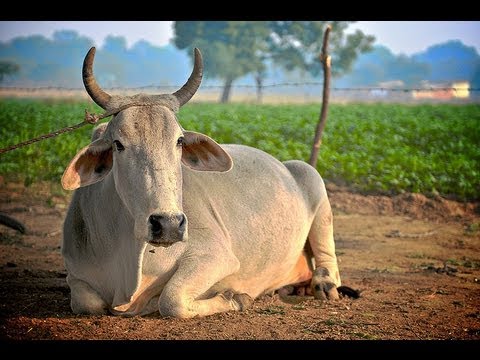 Months ago when the gay thing came out (clearly communications haven't improved much since we left the sub continent, or its all used so we can have to try to explain things multiple times to some call centre bod before giving up) I couldn't quite understand the constant reference to it being a 'colonial law'?

Oddly enough I don't think its 'our' fault that India failed to update its laws after independence, we knocked homosexuality laws on the head in 67 so based on that rate of progress they'll have reached 2018 somewhere around 2069.
Service Guarantees Citizenship: Would you like to know more?
The problem with folk who like to say that "there's no I in 'team'" is that they are only too well aware there is an 'M' and 'E' in there which is all they really care about.

Archimedes said:
In the days of the Viro Bono Terror, this'd have been holed about 9 seconds after it appeared...
Click to expand...

A much misunderstood moderator. He should return just to deal with Indian propaganda threads.
There is no armour against Fate.

Archimedes said:
In the days of the Viro Bono Terror, this'd have been holed about 9 seconds after it appeared...
Click to expand...

Those days are gone. All hail the benign and patrician (mis)rule of Sixty. It's still holed, right enough, but with a fatherly arm around the shoulder.
それらは破壊されなければなりません。

Fighting with the kids on the fairground
Caravans and TV masts
Generating trucks and Alsatians
I never seen you run so fast ...
Regnar

I'd have thought that a country with a 25% rate of illiteracy would have more important things to concentrate on.
I knew it. I’m going home in a bag. It’s always the Corporal that gets blown up first.
Cpl Pez


That's it. No mockery or trolling of earth.


If he sticks around I'm sure he'll provide plenty of better opportunities.

More like.
To the just and virtuous man, death has no terrors equal to the stain of falsehood and dishonour.