Martin V-BAT 128 VTOL is being considered by the USMC as a replacement to its present RQ21 Blackjack drones. Its been in development for a couple of years and the latest iteration is the most capable to date.

Able to take off and land on stationary and moving platforms, in areas with a footprint of less than 12-feet by 12-feet. The engine is a remote-start 288cc 2-stroke Suter TOA 288. It has around 11 hours of endurance, and up to 25 pounds of interchangeable payloads. Its wingspan is 9.7 feet and can reach 90 knots at altitudes of 20,000 feet.

Designed for easy transport and rapid tactical deployment the drone can be assembled by two people in less than 30 minutes. Its ducted fan eliminates exposed blades for increased operational safety.

The Marine Corps’ objective is to develop Tactics, Techniques, and Procedures for V-BAT operations in an operational environment over an extended period. The V-BAT was purpose-built from the ground up to support deployed operations.

Book Reviewer
Not going to be launching any paveway or hellfire from that.
Two things are infinite: the universe and human stupidity; and I'm not sure about the universe.
Albert Einstein
R

The USMC are also getting the MQ-9 Reaper drones in the 2020 fiscal year, which will significantly increase service's unmanned aviation capabilities. This follows their employment of contractor-operated MQ-9s in Afghanistan. The Corps was sending personnel to train with the U.S. Air Force to fly the Reaper. The V BAT will possibly be the local scout for the MQ-9/F-35B's
Last edited: 29 Apr 2021

USMC is changing into a lighter, modern, more littoral force without tanks, less F35’s than planned with more unmanned equipment. 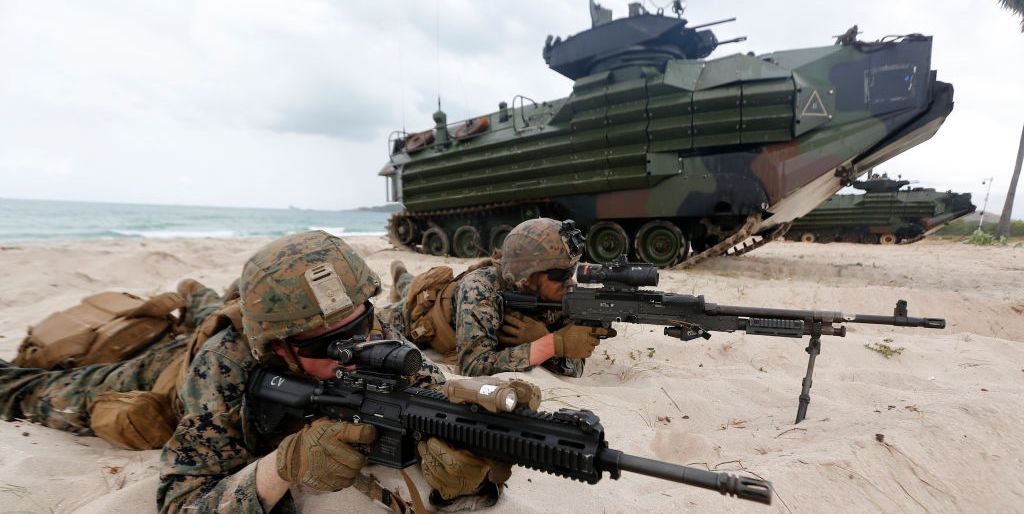 The Marine Corps Is About to Reinvent Itself—Drastically

The service is undergoing its biggest reorganization in 100 years, shifting from a second land army to smaller amphibious units. But why now?