Engineers at NASA’s Jet Propulsion Laboratory in Pasadena, California, which leads the mission, are preparing for the spacecraft to enter the Martian atmosphere, descend with a parachute, and retrorockets, to make a semi soft landing on the Martian surface.

InSight — which stands for Interior Exploration using Seismic Investigations, Geodesy and Heat Transport — will be the first mission to study the deep interior of Mars.

“We’ve studied Mars from orbit and from the surface since 1965, learning about its weather, atmosphere, geology and surface chemistry,” said Lori Glaze, acting director of the Planetary Science Division in NASA’s Science Mission Directorate. “Now we finally will explore inside Mars and deepen our understanding of our terrestrial neighbor as NASA prepares to send human explorers deeper into the solar system.”

Before InSight enters the Martian atmosphere, there are a few final preparations to make. At 1:47 p.m. PST (4:47 p.m. EST) engineers successfully conducted a last trajectory correction maneuver to steer the spacecraft within a few kilometers of its targeted entry point over Mars. About two hours before hitting the atmosphere, the entry, descent and landing (EDL) team might also upload some final tweaks to the algorithm that guides the spacecraft safely to the surface. 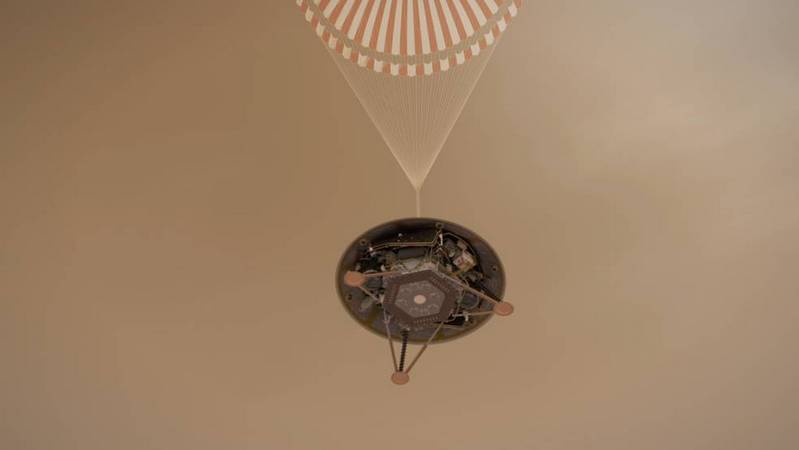 The one-way time for a signal to reach Earth from Mars is eight minutes and seven seconds on Nov. 26. Times listed below are in Earth Receive Time, or the time JPL Mission Control may receive the signals relating to these activities.

Landing on Mars is hard
Only about 40 percent of the missions ever sent to Mars – by any space agency – have been successful. The U.S. is the only nation whose missions have survived a Mars landing. The thin atmosphere – just 1 percent of Earth's – means that there's little friction to slow down a spacecraft. Despite that, NASA has had a long and successful track record at Mars. Since 1965, it has flown by, orbited, landed on and roved across the surface of the Red Planet.

In 2008, NASA's Jet Propulsion Laboratory in Pasadena, California, successfully landed the Phoenix spacecraft at Mars' North Pole. InSight is based on the Phoenix spacecraft, both of which were built by Lockheed Martin Space in Denver. Despite tweaks to its heat shield and parachute, the overall landing design is still very much the same: After separating from a cruise stage, an aeroshell descends through the atmosphere. The parachute and retrorockets slow the spacecraft down, and suspended legs absorb some shock from the touchdown.

InSight is landing on "the biggest parking lot on Mars"

One of the benefits of InSight's science instruments is that they can record equally valuable data regardless of where they are on the planet. That frees the mission from needing anything more complicated than a flat, solid surface (ideally with few boulders and rocks). For the mission's team, the landing site at Elysium Planitia is sometimes thought as "the biggest parking lot on Mars."

InSight was built to land in a dust storm

InSight’s engineers have built a tough spacecraft, able to touch down safely in a dust storm if it needs to. The spacecraft's heat shield is designed to be thick enough to withstand being "sandblasted" by dust. Its parachute has suspension lines that were tested to be stronger than Phoenix's, in case it faces more air resistance due to the atmospheric conditions expected during a dust storm.

The entry, descent and landing sequence also has some flexibility to handle shifting weather. The mission team will be receiving daily weather updates from NASA's Mars Reconnaissance Orbiter in the days before landing so that they can tweak when InSight's parachute deploys and when it uses radar to find the Martian surface.

After landing, InSight will provide new science about rocky planets

InSight will teach us about the interior of planets like our own. The mission team hopes that by studying the deep interior of Mars, we can learn how other rocky worlds, including Earth and the Moon, formed. Our home planet and Mars were molded from the same primordial stuff more than 4.5 billion years ago but then became quite different. Why didn’t they share the same fate?

When it comes to rocky planets, we’ve only studied one in detail: Earth. By comparing Earth's interior to that of Mars, InSight's team members hope to better understand our solar system. What they learn might even aid the search for Earth-like exoplanets, narrowing down which ones might be able to support life. So while InSight is a Mars mission, it’s also much more than a Mars mission. 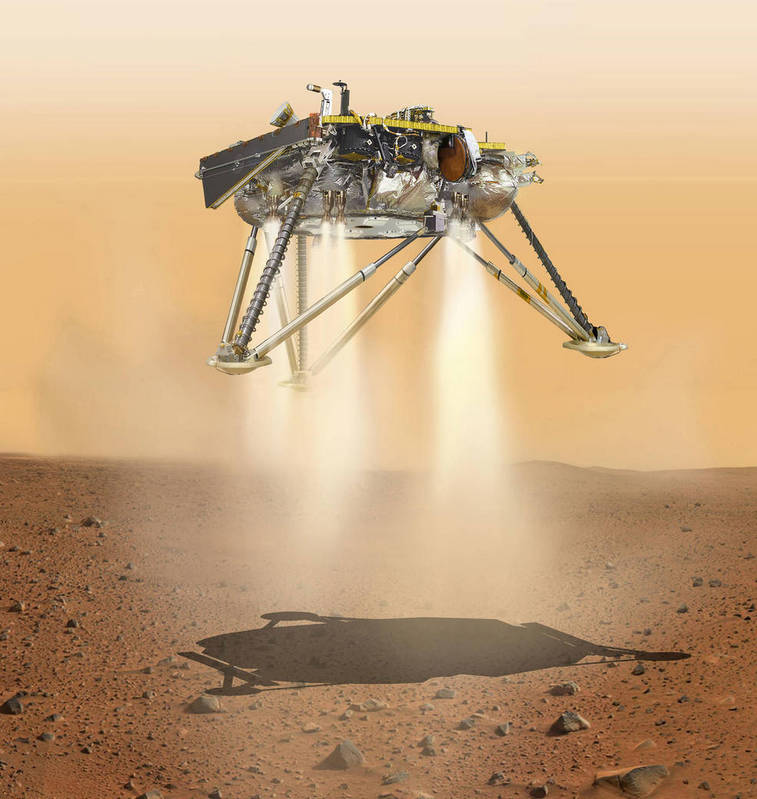 NASA has had the lion's share of success at landing on Mars, they deserve the credit, they've paid in and the chances are high they will collect, as a NASA spokesperson said, going to Mars is really, really difficult. Good luck NASA.
thank you Gentleman, thank you
D

SPROCKET321 said:
NASA has had the lion's share of success at landing on Mars, they deserve the credit, they've paid in and the chances are high they will collect, as a NASA spokesperson said, going to Mars is really, really difficult. Good luck NASA.
Click to expand...

I'm also hoping it goes well, I can image there will be a lot of people biting their fingernails at mission control for the final 15 minutes though.

Bravo Bravo sets himself a depressingly low standard which he consistently fails to achieve.
D

Is there some kind of live feed to monitor events?

Bagl0ck said:
Is there some kind of live feed to monitor events?
Click to expand...

Coverage starts in -92 minutes from now.

It's also live on You Tube here:

Coverage starts in -92 minutes from now.

It's also live on You Tube here:
Click to expand...

Me too mate. Me too. 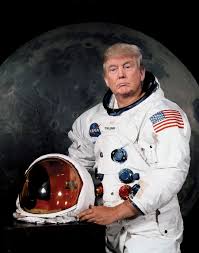 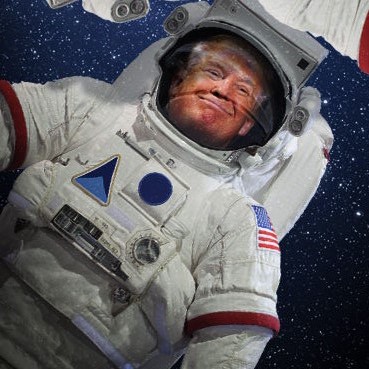 redshift said:
Me too mate. Me too.

Why did you think that was appropriate?

old_n_fat said:
Why did you think that was appropriate?
Click to expand...

Maybe Redshift is hoping Trumps onboard the lander

Stunning. It's only 120 years ago that Marconi transmitted a radio signal across the Atlantic.
I was gender fluid until I evaporated...

Well, it's positive so far. I am amused at the fact the landing is being overseen by NASA's Entry, Descent and Landing team. Big rooms full of very brainy people, all wearing EDL badges. No sign of Tommy yet though.

Edit - it's landed apparently. Bit of a wait now to find out if it's intact and everything is working.

Bloody brilliant !!
184461 said:
'It's called need to know/circle of knowledge for a reason BTW'
He isn't in the circle, he should NOT be told anything!
When trolls tell us Novichock kills in seconds they don’t mention Andrei Zheleznyakov. He was exposed, lived for ages and the soviets documented the whole thing,

Nice to hear the cheers as it landed, just waiting for the confirmation and pictures to come in now. 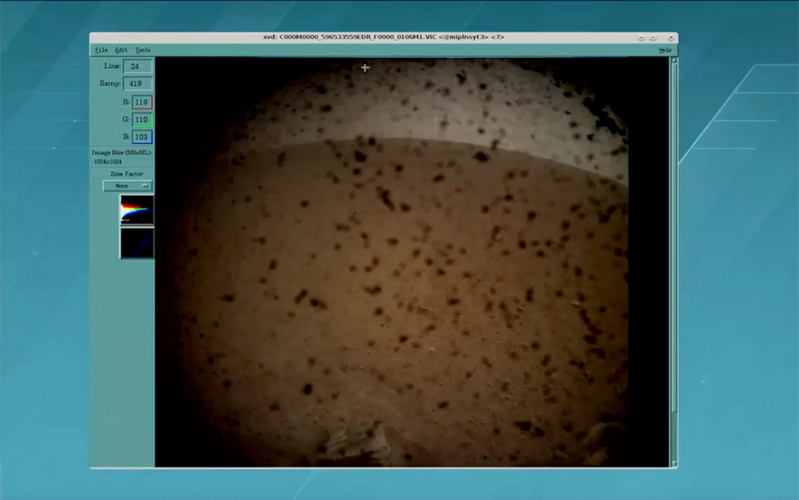 Mission team members won't know whether InSight successfully deployed its solar panels until 8:35 p.m. EST (0135 GMT on Nov. 27) at the earliest. Without those arrays extended, the lander cannot survive, let alone probe the Red Planet's interior like never before — the main goal of the $850 million InSight mission.
The agonizing delay is unavoidable; NASA's Mars Odyssey orbiter won't be in position to relay the deployment confirmation to mission control until more than 5 hours after touchdown, agency officials said.
Last edited: 26 Nov 2018

Practice makes perfect..
The smarter they are the stupider they are.

What's all the fuss about? I landed this earlier today. 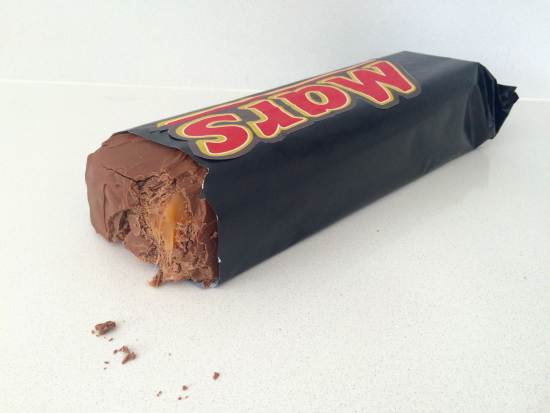 A member of the Busted Knuckle Garage. We fcuk up things so you don't have to.

Poor show leaving this crumbs.
The smarter they are the stupider they are.

Mars Curiosity Rover Due To Land
6 7 8