jockparamedic said:
Would have been nice to actually have been paid for being an APJI.
Click to expand...

In the late 80's we had an APJI in B Coy 4 PARA (v) he was ex 2 Gren Gds, I think there was one more in HQ Coy and that was about it as I recall, they were certainly thin on the ground.
NULL
P

RTU'd said:
As the idea of jumping out of a serviceable airplane & missing out on RAF catering is a shock to me.
Click to expand...

People who say that have never flown low level with the RAF in a C130 flying around the sides of mountains looking out at sheep looking in.

Bosscat said:
In the late 80's we had an APJI in B Coy 4 PARA (v) he was ex 2 Gren Gds, I think there was one more in HQ Coy and that was about it as I recall, they were certainly thin on the ground.
Click to expand...

Cant say we were ever short of them (us) in 15 or 144.
Rolling my eyes at yet another "Should Para's Still be Jumping? " Thread.
P

jockparamedic said:
Loved it. Did 10 in one day once.
Click to expand...

Born to be a BASE jumper, but lacked the budget?

RTU'd said:
the idea of jumping out of a serviceable airplane
Click to expand...

. . . is a fantasy, irrespective of RAF propaganda.

Quit the airframe before it tries to land, and you've already cut your risk by at least 50%

Cutaway said:
Trying to be clever ?
Click to expand...

Woosh !
- Apparently some moderators take themselves very, very seriously, and cannot abide posts such as:
"If however you offer to moderate you may be a sanctimonious, unfunny pissflap to your heart's content."
- Some comments are allegedly "very very nasty and uncalled for."
- FISHMO

Oh that's the noise the canopy makes when it open's.
Or not in Bear's last jump when you forget your drills.

Alec_Lomas said:
So. I add, your chin was tight was to your chest. Right?
Click to expand...

Yes, yes, yes. We all know that PLF theory stuff.

But frankly, most of my landings were something akin to this:

Socialism is a philosophy of failure, the creed of ignorance, and the gospel of envy, its inherent virtue is the equal sharing of misery.
C 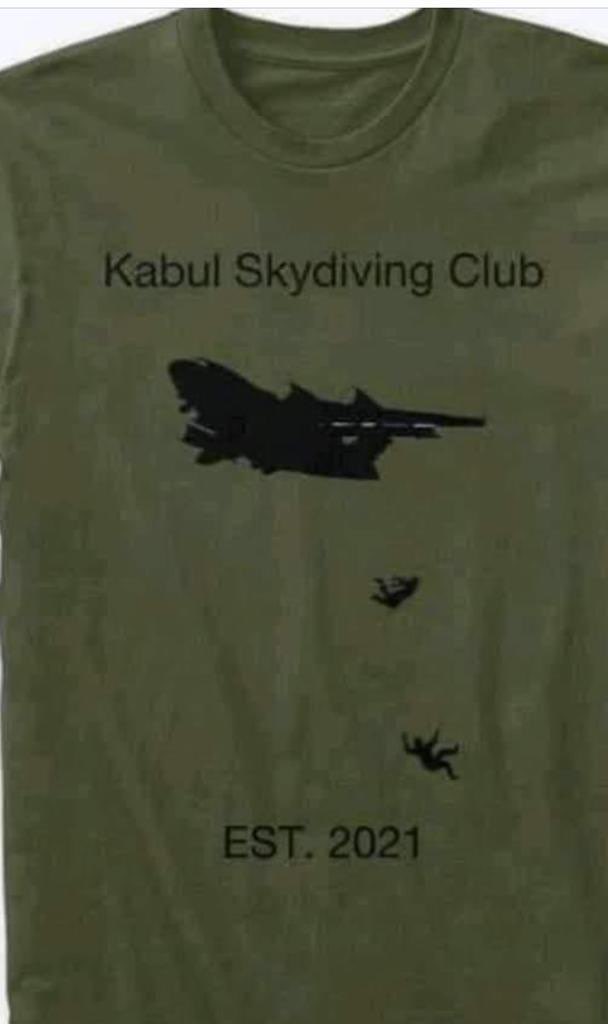 - Apparently some moderators take themselves very, very seriously, and cannot abide posts such as:
"If however you offer to moderate you may be a sanctimonious, unfunny pissflap to your heart's content."
- Some comments are allegedly "very very nasty and uncalled for."
- FISHMO

Stonker said:
Bet they couldn't even get a pin and base together.

I've just posted this elsewhere so I thought I'd get extra value from my rambling typing and burn a few more pixels. Not so much a memorable jump but the events which surrounded it. It was written for a non parachuting, non military audience, so apologies for the matriarchal grandparent's lips/poultry ovum interface.

I was looking for information on a late friend of mine, Terry Forrestal who played the training Sgt in this [1980s TV series about SOE, Fourth Arm] and was military adviser.

I never saw the series, but I was in it, in a small way. I did the parachuting from the tethered balloon (like a WW2 barrage balloon with a cabin or cage suspended beneath). This was filmed at RAF Hullavington where the RAF parachute school took trainees for their balloon descent, which was usually their first jump. A strange co-incidence is that the TV series The Paras was being filmed at the same time. I travelled over from RAF Brize Norton in the bus with the recruits featured in the series. They were used to seeing cameras about, so didn't think anything odd was happening.

For the plot of Fourth Arm, it was required that a parachute malfunctioned, so one was rigged to 'candle' when a dummy was thrown out of the balloon cage. They got a good shot which was used in the broadcast. I did my jumping in 1940s uniform later in the day when the parachuting programme was in full swing. The 'malfunction' was supposed to have been filmed before troops were around to see it.

Unfortunately, the bus bringing us over was a bit early and we were held clear of the filming, we had a cameraman, with a handheld, on the bus as part of The Paras filming. During this delay one of the RAF parachute instructors did the good thing of keeping the trainees informed., So nerves would not build, he was describing the actions of the balloon winch crew as they normally would be. This involves, at the start of the parachuting programme winching the balloon up to jump height to see where the wind takes it. The winch vehicle is then positioned so the parachutists land in a predicted area and the balloon is brought down without anyone jumping. This is what was being described by the instructor on the bus as the balloon went up. It settled, weathercocked slightly and, unexpectedly, out came a 'parachutist'. Without missing a beat the RAF PJI described the deployment of the parachute and said something along the lines of, "Watch for the development of the canopy and the 'breathe' we told you about". Normally the canopy opens as air is drawn into it, it then partially closes as the weight of the parachutist comes onto the rigging lines, then fully inflates.

Of course, none of this happened because it had been rigged to fail, for the filming. The 'body' plummeted with a streaming parachute and hit the ground with a thump we could hear in the coach. No-one had told us that this was happening because we were not supposed to be there yet. After the awful silence, people sprang into action, troops were got off the bus and fallen in on the 'blind' side. Much reassuring was done while a PJI ran across to find out what to do next. A parachute accident of that sort is a major and very rare event, if it had been real.

All was explained and amid much (very nervous) laughter the trainees got back on the bus to wait. The 1940s vehicles, which we had hardly noticed, drove off and the parachuting programme got under way. I have always been convinced that it was this 'malfunction' that caused the unusually high number of refusals to jump that occurred on that course. Nothing related to this made it onto The Paras series.

I got a quite substantial, one off, payment for the jumps I did that day and thought nothing more of it. Some time later I received an unexpected cheque in the post. The covering note referred to parachuting and filming, so I cashed the cheque. I quickly did the same for the next few cheques. I knew it had been a one off payment but I wasn't going to say anything, just hold myself ready in case they ever asked for it back. Once it reached a few hundred pounds (this was the early 1980s) I thought I should look into it before I couldn't afford to pay it back.

Turns out, on enquiry, that a shot of me, under canopy, re-coloured to appear to be night, was being used in the opening title sequence of a different, non drama series called SOE broadcast about the same time. Each time it was repeated or shown in a different country I received a payment. It has been repeated a few times in the last couple of years on Yesterday Channel but the repeat fee agreement ran out years ago. It's on YouTube as well, but I don't get anything for that either.
[End quote]
Click to expand...

"It is never too late or too soon. It is when it is supposed to be." Mitch Albom - The Time Keeper

And General Galtieri is giggling along with him thinking about his Argentine student freefall club (no parachutes provided?.
C

Kit Reviewer
@Lardbeast
This one proved memorable as the driver buggered a Kudu.
- Apparently some moderators take themselves very, very seriously, and cannot abide posts such as:
"If however you offer to moderate you may be a sanctimonious, unfunny pissflap to your heart's content."
- Some comments are allegedly "very very nasty and uncalled for."
- FISHMO

Funny thing, I was taught to look for a minimum speed AND acceleration before retracting flaps during my training. Just something we did flying crappy old kit. All the automation these days is meant to save arses but it just makes people lazy and stupid, forgetting to fly the aircraft before anything else.

Kiddies I've flown with who trained on the all singing, all dancing stuff just call for flaps up without even looking at the ASI, then get pouty when I just sit there with hand on the flap lever waiting for speed and acceleration.
"Justice tastes like hairy Bovril!" - The Righteous RTFQ

I like the bit at 2:30 where she does a fast side-left heels-knees-face landing and the commentator says "that's one painless landing".

Interesting vid though - great that the packers got to test their handiwork.
Socialism is a philosophy of failure, the creed of ignorance, and the gospel of envy, its inherent virtue is the equal sharing of misery.
M

Oyibo said:
I like the bit at 2:30 where she does a fast side-left heels-knees-face landing and the commentator says "that's one painless landing".

Interesting vid though - great that the packers got to test their handiwork.
Click to expand...

I never saw anyone but trained soldiers jumping the balloon, so thought this of interest.

I do remember a time (mid 70's) when a fair few non-Brigade persons got a C130 jump into the sea off Poole.
I was told this was because they did not want to break Cadets, RAF packers, Page 3 models and minor Royalty.

W
The quest to land withOUT a parachute
2