My ol’ man worked in a pipe factory from ‘56 to ‘74, newspaper pulp was mixed with asbestos blue flakes, rolled into pipes, sprayed in black pitch and baked in an oven. So it was a damp, wet atmosphere in the pulp room, white like snow in the “impreg” or impregnation room, where they shovelled asbestos into the huge pulp vats, black as night in the pitch room and hot as hell in the ovens, where pipes were hung on hooks before entering a 400 feet long oven.
Forty years later when the ol’ man was speaking to a lawyer about a bit of “compo” for his “lung trouble”, the lawyer asked him what PPE he was provided with, the ol’ man burst out laughing and said, “PPE? PPE? We danced in the rain naked in the pulp room to get the pitch off us, we stood naked near the ovens to dry off, we operated the ovens in just shorts and wellies all year round, and we played snowballs with the raw asbestos, we wouldn’t have known what PPE was if it had slapped us in the face!”
He died 3 years later, a victim of a white privileged work force!
is stupidity a right or a privilege?

mrdude said:
Wellies and underpants - Uniforms and PPE was cheaper in those days!
Click to expand...

The Dad of a guy I work with is still a local hero having worked an entire shift on the open cast a couple of decades ago stark b0llock naked except for his safety boots, reflective and helmet (safety) for a £10 bet. My mate told me that complete strangers still come up to him and ask him about his Dad and tell him the story.

PapaGolf said:
It’s when a person tries to defend themselves that the Flakes start screaming and shouting in the face of the completely innocent person. No counter argument at all
Click to expand...

Although it used to be said that once you start shouting, you've lost the argument.

The thing is, it isn't even argument. It's straightforward assertion.

Portree Kid said:
Something that you never experienced - Or you would know that there was no string - string was for shoelaces and torn up newspaper was stuck directly to the nail.
Click to expand...

Not in our bog. Obviously you couldn’t afford string. You poor thing.
It was like that when I got here.

Brotherton Lad said:
Not in our bog.
Click to expand...

People who had their own bogs were well off 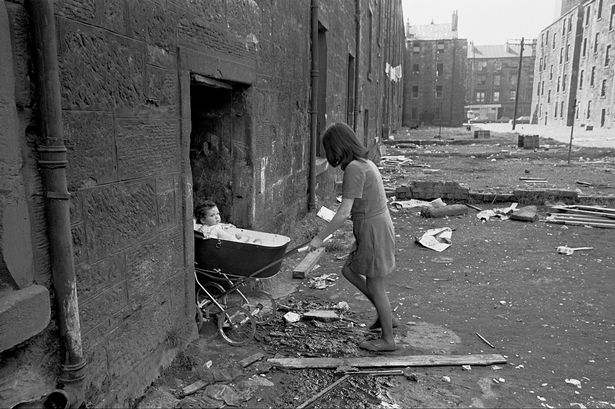 We had communal bogs.
Watch Out Watch Out - There's a Tout about

Portree Kid said:
People who had their own bogs were well off

You poor thing.
It was like that when I got here.

If you can't take a joke, you shouldn't have voted leave.
C

rgjbloke said:
What a sh*te thread From the racist with the avatar that shouts out what he is!

Take your racist crap to the BNP website or somewhere where it’s appropriate.

I served back in the seventies with numerous black soldiers and we were all the same. Soldiers looking after each other’s backs when we needed to.

It was a “privilege” to serve with those guys, many of whom attend re-unions these days and remember our fallen mates the same as the rest of us all do.
Click to expand...

Would a cuddle help?

Cold_Collation said:
Would a cuddle help?
Click to expand...

You want to cuddle a fat old bloke nearer his seventies than his fifties?

I admire the sacrifice you are making for the sake of humanity but I must decline to take your offer up because, well frankly, a cuddle doesn’t do it for me anymore.

Something with alcohol in it would do the trick though. A lorry load of real ale. Couple of crates of port or a free subscription to a clutch of Scottish distillery taste our prime vintage events.
If you can’t be bothered to take precautions to avoid COVID-19 because you don’t have to, how many people may die because you gave it to them before you get to be a bit bothered?! This made me laugh. Officers don't run, it's undignified and it panics the men. Oh Yeah? You haven’t been to effing XMG!

You’re welcome, me ol’ flower. Now, do cheer up, it might not happen.
It was like that when I got here.

If you can't take a joke, you shouldn't have voted leave.
C

Brotherton Lad said:
You’re welcome, me ol’ flower. Now, do cheer up, it might not happen.
Click to expand...

Brotherton Lad said:
You’re welcome, me ol’ flower. Now, do cheer up, it might not happen.
Click to expand...

I'm happy living large on my white privilege, even have my own batman.
NULL

mrdude said:
Talking about shit jobs, I used to work on the Oil Rigs as a rig mechanic - 12 hour shifts + meetings and drills and days fogged on + courses etc, It was many, many hours a year working. As a rig mechanic you need to fix everything, not just the drilling stuff but also stuff in the living accommodation - such as the sewage system.
Regularly bits of mop heads, tampax, ear buds,rags, etc would end up being flushed down a pipe and the sewage would be backed up a long way. I used to have to crack open the pipe (usually near some bend), and get a fire hose over my shoulder and blast the faecal matter out - I've been covered in over 100 different peoples shit at the same time and then had to shovel that into oil drums, and dispose of it many times more than I have wanted. One things for sure - I sure as hell didn't feel my "white privilege" on those days.

Over the years have had many shit jobs, as I am sure most of the forum members have - for those that went to Afghanistan and Iraq, scrapping up your mates body parts and putting them in a poncho or something, I doubt you felt your "white privilege" there either. One winter tour in Bosnia, I worked out of an slept in a Bedford 4 tonner with 3 other mechanics for 6 months on a winter tour, with no hot water or heating most of the time - I didn't feel at all like my "White privilege" was getting me anywhere at that time, and It was more a feeling of being very depressed most of the time rather than being happy about my "white" situation.

Even as a kid in the 80's most of my holidays were spent in the summer Picking strawberries, raspberries at a farm and in the Autumn - potatoes.....There were no foreign holidays for me and 99% of my friends, unlike how the media like to spin it, "Whitey" is and was not very privileged at all when you come to think of it.
Click to expand...

One can only imagine how difficult it must have been to fabricate such an obvious pack of lies.
보신탕; 補身湯
ἑωσφόρος 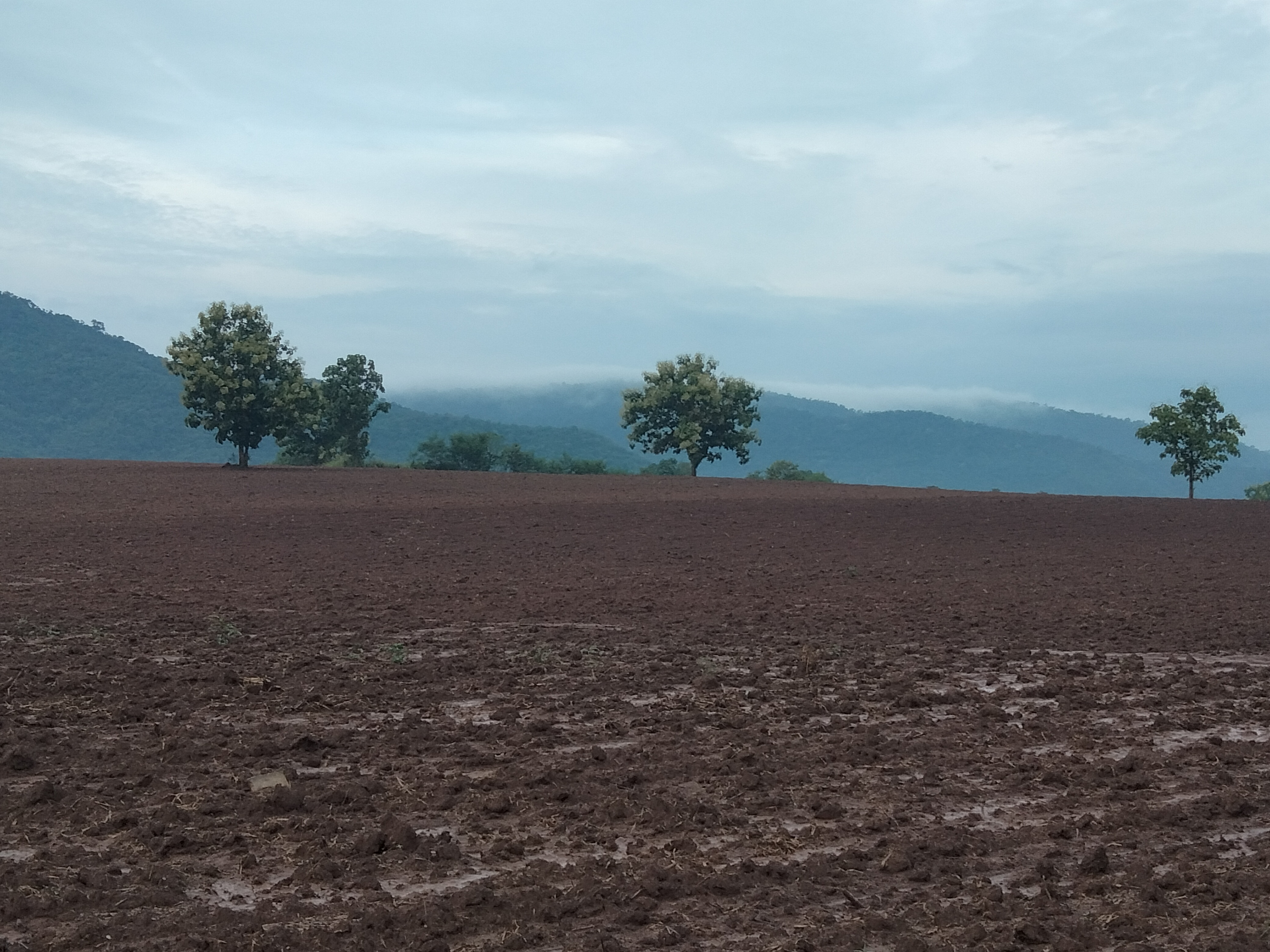 Watch Out Watch Out - There's a Tout about

Portree Kid said:
Poor - Not me

Those kids have made a right mess of that park with their stolen crossers.
보신탕; 補身湯
ἑωσφόρος

I had it easy - Born into a 1 bed council flat, no central heating but it's own bog. Mum's dad was born in the slums of Whitechapel just after the turn of the century so we'd never have dared to complain - not that you would anyway, it was just the way it was, everyone else around us lived in the same stuff.

Ironically, my Mum probably had it the most cushy growing up as until she was about eight, she lived in Married Quarters in Malaya and the Old Man was an RSM so had servants, cooks etc... 'Amahs' as we're always reminded.
If you're with a group of people and you can't work out who the idiot is, keep your mouth shut.

Portree Kid said:
People who had their own bogs were well off

At first glance, I thought that she was looking at a phone in her right hand.
Cry havoc and let slip the frogs of war!

mrdude said:
I was watching a documentary today on whiskey making in Dublin in the 1970's


If you jump to around 6 minutes 40 seconds in, you will see the crappy working conditions that these apparently "White Privileged" guys were working in. 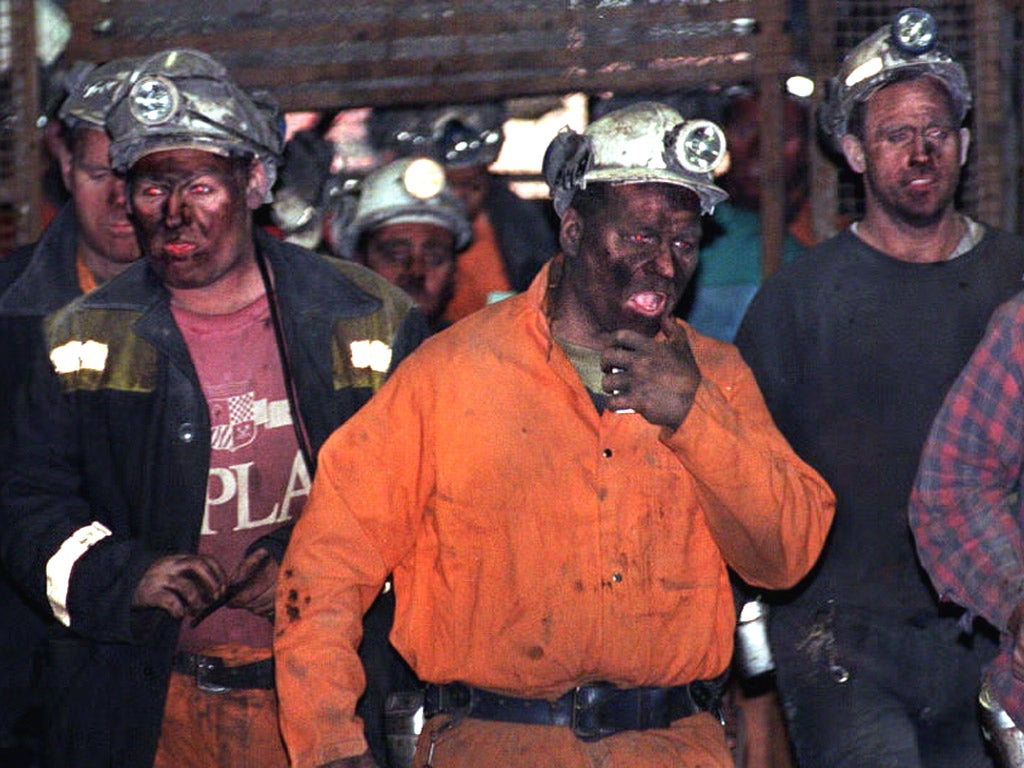 Then there's these poor blokes stuck down a mine breathing in coal dust every day in the 60's
Looking at their faces, one can only imagine the state of their lungs, I wonder what other photo's and tales could be told to today's youngsters to show them that they take life for granted today and white privilege is a myth made up by some middle class woke twats. I look forward to your tales of "Not so white privileged".
Click to expand...

You should see India, the darkest of them are in the Bihar region and are regarded as a "worker class" i.e not fit for mid level management etc whilst people from Maharastra are percieved as being "rich" and from Punjab as being "intelligent and IT" and the girls being the best looking... which they actually are...

Issi said:
At first glance, I thought that she was looking at a phone in her right hand.
Click to expand...

Even today today there are jobs that are horrific, scaffolding for one. I worked as a builder’s labourer for about six months about thirty years ago and just once or twice had to help clad an old farmhouse with the stuff.

Massively heavy, completely unwieldy and so cold (it was snowing on one occasion) that our thin gloves stuck to the poles and were next to useless anyway.

I only did it twice and that was enough, but I have immense respect for those today that still do it, all day, everyday.