stanley_bomb_squad said:
Excellent work there mate.
Out of interest is it brush or airbrush?
Click to expand...

All brush, I'm not good enough to use an airbrush for that sort of detail.
All mushrooms are edible, some however, only once!

I used to like you Si, now I'm going to have to kill you!
All mushrooms are edible, some however, only once!

I assume a HEAT round would be the best option for dealing with that thing.
C

blunt scalpel said:
I assume a HEAT round would be the best option for dealing with that thing.
Click to expand...

You would want to get that close to a Tiger, you must would be puddled.

Smeggers said:
All brush, I'm not good enough to use an airbrush for that sort of detail.
Click to expand...

Thanks.
I was wondering if you'd found some way to get Lifecolour through an airbrush and make it stick.

Service Guarantees Citizenship: Would you like to know more?
The problem with folk who like to say that "there's no I in 'team'" is that they are only too well aware there is an 'M' and 'E' in there which is all they really care about.

stanley_bomb_squad said:
Thanks.
I was wondering if you'd found some way to get Lifecolour through an airbrush and make it stick. 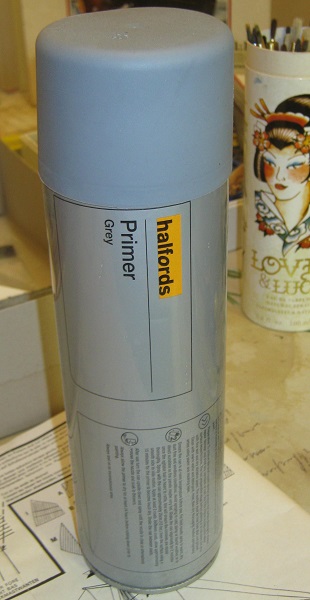 Halfords best!! cant whack it
It’s official. SPotY 2020 goes to our erstwhile hero of the RAF Regiment. Himmler74 is the site prick.

Kirkz said:
Spex is that you?
Click to expand...

Errr Nooooo Sorry.
Just because you're paranoid does not mean they are not out to get you

Ah well, Getting launched from an eager beaver is the sort of thing Spex would do.
SOMETIMES THE BEST THINGS ARE HIDDEN UNDER PILES OF RUBBISH.

I really hate this part of my job, but once again it falls to me to provide an obituary for an old friend and colleague who played an important part in the Osprey story: the researcher and illustrator Bryan Fosten, who died a couple of weeks ago at the splendid age of 92. Although failing health forced him to give up military illustration some time ago, he maintained his expert interest in uniform history, and he continued to make architectural models (as well as abstract paintings). Bryan was active and outgoing to the last – and always one of the friendliest and most humorous men you could ever hope to share a pint with.
Until 25 years ago Bryan’s career was fairly inseparable from that of his older brother Don (Donald S.V. Fosten, 1924–95), and in fact the military-uniform connection goes back a generation further: their father Bill was at one time a master military embroiderer, and their mother a court embroideress. (Incidentally, you can still see Bill Fosten today if you drive around Hyde Park Corner in London. After service on the Western Front in 1915–18 with the Royal Artillery ammunition column of 47th Division, he found himself working as a studio assistant to the great sculptor and fellow war veteran Charles Sargeant Jagger, MC, and wound up posing as the model for the Christ-like bronze figure of the Driver on the west face of Jagger’s magnificent Royal Artillery war memorial.)
Don and Bryan were Londoners by birth, and Bryan was raised in Battersea. At the outbreak of war, Don was a student-heraldic painter at the College of Arms, but Hitler put paid to that career; Don would serve in a battalion of the Welch Regiment with Eighth Army, in North Africa, Austria and Germany, while young Bryan spent the ages of 11 to 14 living through the London blitzes, and starting work as an apprentice in the print trade. In due course Bryan did his National Service in the Ordnance Corps, including stints in Egypt and Palestine. Returning to a career in ‘the print’, in 1965 he married Heather, and their sons Angus and Ian were born in 1967 and 1971.
By that time, Robert Maxwell had put an end to his first career, and Bryan was working from home at a variety of jobs connected with magazine publishing, while he and Don pursued their shared passion for military history. Don was at one time the President of the British Model Soldier Society, and for many years a leading member of the Society for Army Historical Research. Don was the writer, and Bryan the illustrator, of their many contributions to specialist publishing, and they also worked on dioramas for the National Army Museum, which opened in Chelsea in 1971.
In the mid-1960s, a character called Roy Belmont-Maitland was running a model soldier shop called ‘Tradition’ (previously, Norman Newton Ltd) in Piccadilly, originally selling mainly Charles Stadden 54mm figures. To support this business, he decided to launch a magazine for uniform-history enthusiasts, also called Tradition, of which Bryan became the editor. In 1973, Bryan decided to devote himself full-time to military research and illustration.
In the first years of the Men-at-Arms series in the early 1970s, few of the authors or artists were specialists. When I became series editor, it was through meeting veterans of Tradition – such as Gerry and Ron Embleton, and Bill Carman – that I began to make contact with more expert contributors, who included the Fosten brothers. Thus I soon had the great (and educational) pleasure of working with Bryan, a collaboration that lasted pretty much non-stop for some ten years – and a friendship that lasted for 40. During much of that time no gathering connected with our trade or hobby was truly complete without the sight of Bryan’s face (in later years, increasingly resembling Santa Claus) grinning quietly among a knot of friends in a corner of the bar.
When I made the following list of the MAA titles that Bryan illustrated, I was surprised to find that there were fewer than 30 – his contribution to the series bulked much larger in my memory. Its importance lay in the fact that it covered, splendidly, the 18th-century and Napoleonic titles published in the 1980s, when we first really got to grips with producing high-quality work on the European armies of those crucial historical periods. Working with such expert authors as his brother Don, Philip Haythornthwaite, and Peter Hofschroer, Bryan produced some 650 beautifully clean and detailed figures. It was a time before the current taste for highly animated figure work, and Bryan’s ‘Meissen-like’ figures delighted our hard-core readership of military modelers, who needed clear detail for reference.
Bryan was a brilliant craftsman, a generous colleague, a delightful companion, and simply one of the nicest men I have ever known. Osprey owes him a great deal, and personally I shall remember him with great respect and fondness.

Caught this on one of the forums 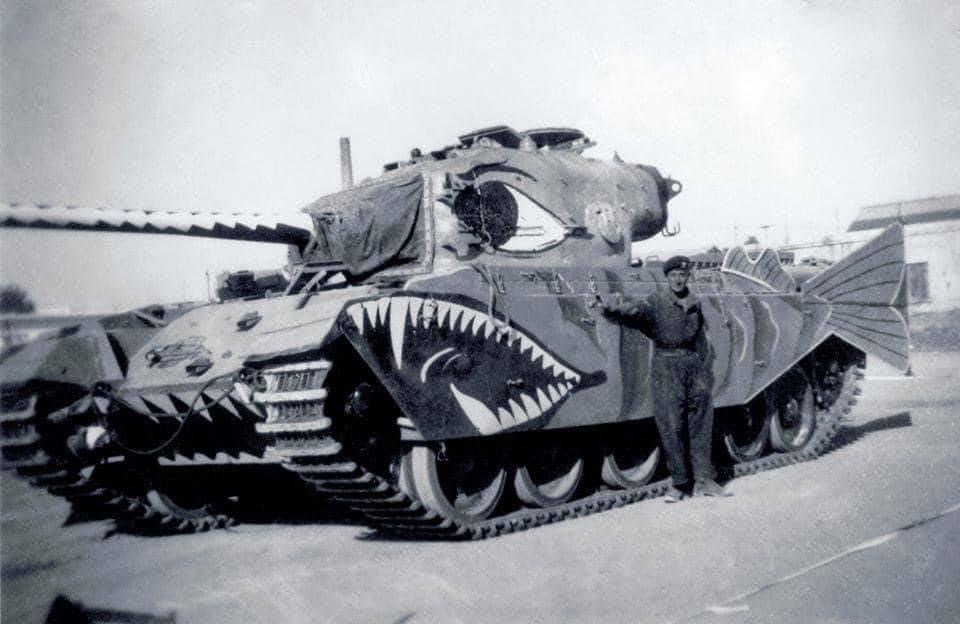 WTF moment?
It’s official. SPotY 2020 goes to our erstwhile hero of the RAF Regiment. Himmler74 is the site prick.

Simmerit said:
Caught this on one of the forums

the funny is in lieu of a why the **** would you do that button. I am guessing some sort of open day thing.
NULL

Simmerit said:
Caught this on one of the forums

of course (fishing......)
It’s official. SPotY 2020 goes to our erstwhile hero of the RAF Regiment. Himmler74 is the site prick.

LARD said:
Good to see an Eager Beaver in the column. Remember trying to off-load a couple of them without ramps at night in a field Germany. Tailboards were too short but we tried - catapulted me off the ruddy thing. My how we laughed!
Click to expand...

We had an earth ramp on the (practice) survival area at Leuth. Quite sporty loading and unloading EBs there!
The stopped clock of The Belfast Telegraph seems to indicate the
time
Of the explosion - or was that last week's? Difficult to keep
track:
Everything's a bit askew, like the twisted pickets of the
security gate, the wreaths,
That approximate the spot where I'm told the night patrol
went through.

While looking for something, found this. Might make a nice diorama for someone, or just a bit of information for the field chairs. 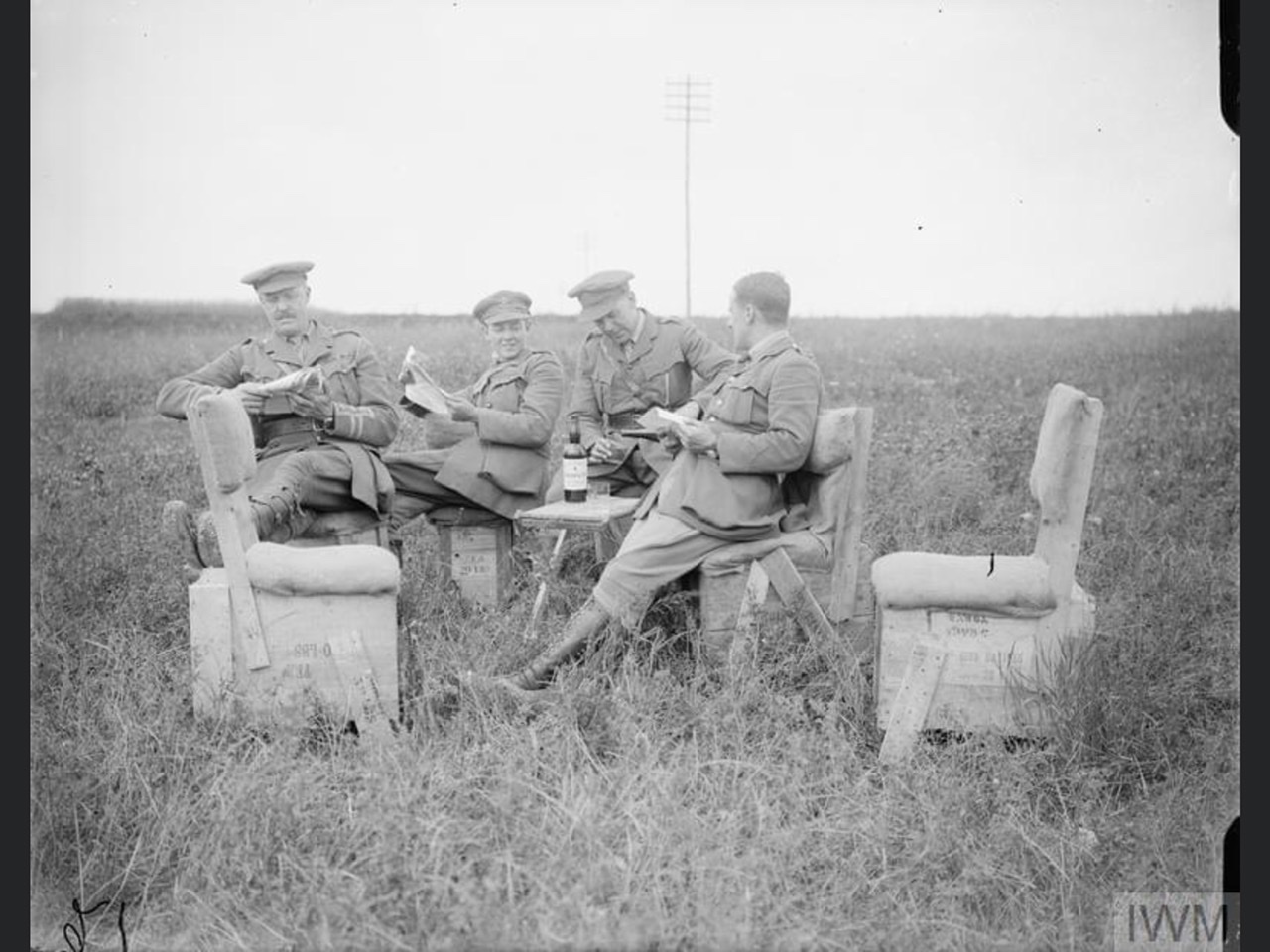 That mentalist who does stop-motion videos of his builds just came out with another cracker. A 1/10 scale Bleriot XI.