I have shamelessly nicked these photos from a thread on PPRUNE.

Knowing the number of "delvers" on here could anyone help identify the recipient? 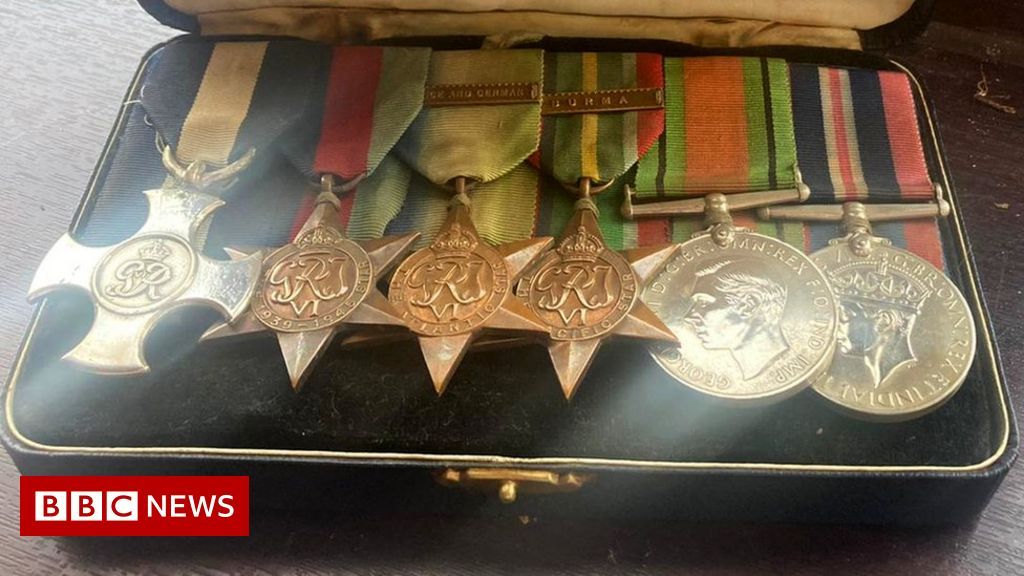 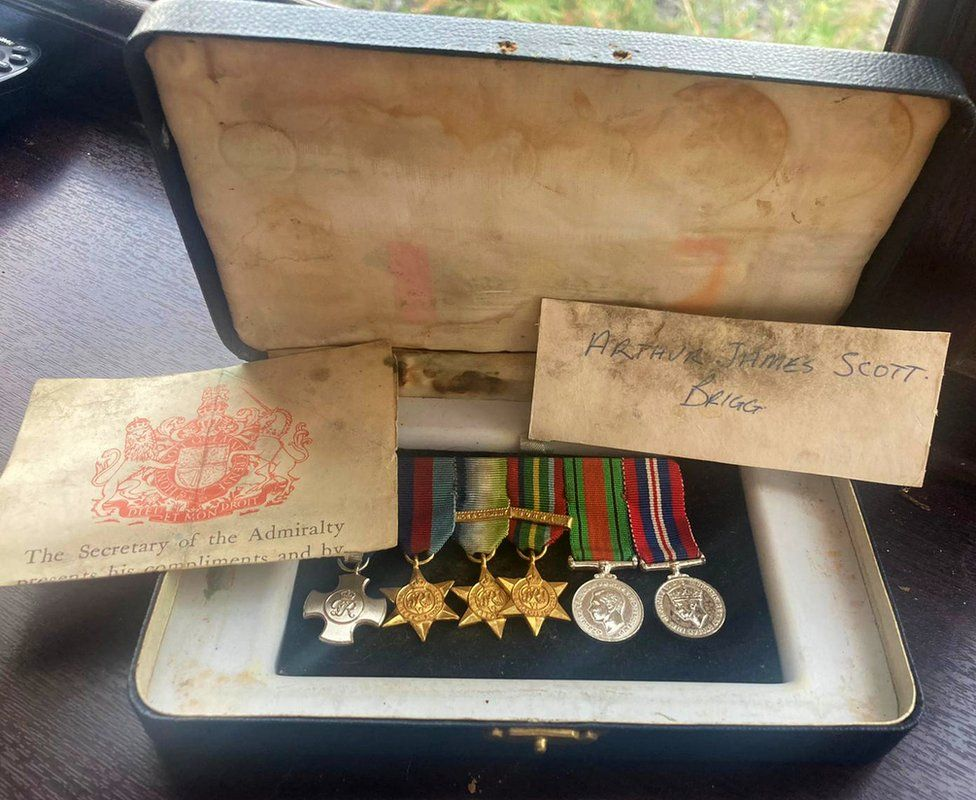 Should be easily traceable.
If you're with a group of people and you can't work out who the idiot is, keep your mouth shut.
B

Ex_crab said:
I have shamelessly nicked these photos from a thread on PPRUNE.

There's a bit of paper with the recipient's name on.

It's a Royal Navy set.
Worth a few bob with that DSC

Moderator
This has gone viral. Hopefully he (or a relative) will get them back.

From the BBC site: An 'expert' was helpful:

"Ms Farnsworth, from Nottingham, said one expert believed Arthur James Scott was from Brigg in Lincolnshire." 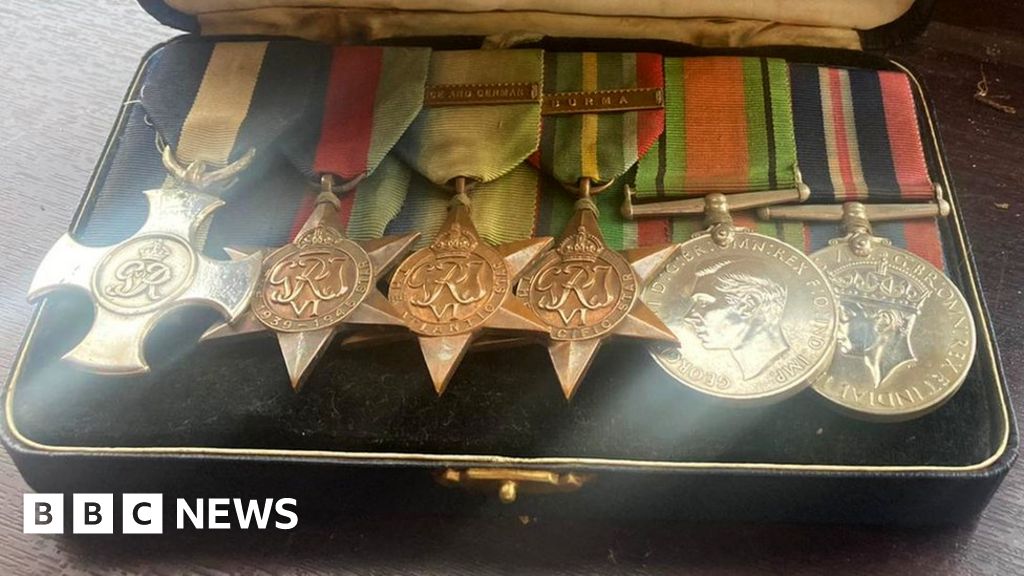 Kimberley Farnsworth says it would be "absolutely incredible" to track down the owner's family.

Book Reviewer
Hmmm Mr Sanders, in the rough, with a 4 iron....

Already discussed for some days now on another site.

At the moment, there is no trace of anyone in the LG named Arthur James Scott Brigg (Scott-Brigg) being awarded a DSC.

Also, some doubt has been cast on the DSC itself - then again, many bravery award recipients will obtain a copy of their award and keep the pukka original secured.

Is Jimbo Shortt known for playing golf in fancy dress ?

"My friend found the box a few years ago under a bush on the golf course when he went looking for a ball," Ms Farnsworth said.

Bodenplatte said:
"My friend found the box a few years ago under a bush on the golf course when he went looking for a ball," Ms Farnsworth said.

So left or dropped after a robbery, or his friend stole them !
NULL