Maybe the time is now?

Is this asking for us to do 'whatever' or what?

I think that well known left-winger, Mr Hichens, is hinting at a regime change, the sooner the better.

But, we are all part of the finest armed forces in the world, and one simply doesn't do that old boy, we ain't some Dago militia, don't ye know...

However, there was talk of a coup back in Harold Wilsons time I believe, hence the reason the Crab who flew through Tower bridge in a Hunter, got so severley battered, because in some quarters, it had been interpreted as the signal for affirmitave action by BritFor. I beleive the plan was to re-instate the Queen Mum as head of state. I'll see if I can dig out some references somewhere.

I remain truly disturbed, by Blair's determination, to get us involved in Yankee Bunfight II. In fact, I personally, have grave reservations, and , to be honest, I am scared, at the prospect of fighting in a war without end, especially one we started.

Anyone who can truthfully say , that they are not scared, is a better man than me. Maybe, it's because I was always brought up, to believe in the principles of a "good clean fight", a good and just war, if there is indeed such a thing.

The forthcoming battle, is neither of those. Saddam is an evil bastard, I'm sure we're all agreed on that, but, I take issue, with the Spams arbitrarily editing the document provided, for the WORLD/UN to judge. "Oh, we only took the bits out, that might have given ideas to some countries" Righty-ho , so the bits that might have helped UNMOVIC determine whether it was all bollix got left in? I think not, Hans Blixt is screaming about "lack of intelligence" right now.

It is not in America's(Read as Wall Street) interests, to have their accusations disproved. Nor is it in the interest, of Paul Wolfowicz or the US Jewish lobby, or Israel, to have Saddam argue his country out of a banjoing. We are going to war. We can't afford it, I personally believe it will be a hell of a fight, so we will do as British servicemen have done for countless years and conflicts, put up the best possible show.

As regards deposing the current leadership? I think Cherie Blair, and The Stryne, are going to do that. How do you think the press got hold of Fosters conversations with his mother? Cheers Spooks, I think you're on the side of light

All well and good people moaning about what phoney Tony's cronies are dragging us into (and I do on a regular basis), but the majority of people in a country dedicated to the democratic system at two general elections have voted for this government. I believe we in the military are far from considering a coup and the civil service would spill their cups of tea just thinking about it!
What may be required though are a few "leaks", including photo's, to the press about exactly what the true state of our equipment, weapons systems vehicles, manning (in a way joe average can understand) and morale actually is. This is exactly the way the civil service works when it believes the country is prepared to listen and, more importantly, believe!
So, those senior people who have the pleasure of working with our civil servants should start planting the seed, and there is no sexual meaning intended!!!

but the majority of people in a country dedicated to the democratic system at two general elections have voted for this government
Click to expand...

If you look at the figures, (New) Labour won about 47% of the vote at the 1997 election though only 49% of those eligible to vote did so. The 2001 election returned slightly less. So in fact, less than one quarter of those eligible to vote did so for this Government. 75% of the population did not vote for this Government at all, and yet El Presidente lays claim to an unoquivocal mandate from the entire populous claming Labour to be the "political wing of the British Public" (Manifesto 1997). Hardly!

If you want a revolution then the place to start IS the armed forces because there is a vote there big enough to make a considerable difference at the next General Election, and the fact that the forces are spread UK wide, the Government can't change the electoral boundaries as they did in 1997 to eradicate or undermine a number of safe Tory seats.
Former Int Cell, RLC, and OTC/ACF Forums Moderator (Until the banality started to hurt)

A Jewish friend of mine, makes absolutely sure that she votes at every local/national election. She makes sure her family does, and her boyfriend.

Does she do this, because she wishes to exercise her democratic right?

No, she does this, because as she always points out, the only reason Hitler got to power, was because the German population, couldn't be arrsed to vote, and we all know what happened next..

Woopert is right, exercise your democratic right, and vote for what you believe in, whatever it is, but vote - You lose the right to moan if you haven't.

Anyway, maybe a coup is a better idea, after all, no matter who you vote for, the bloody government always gets in
He had bought a large map representing the sea,
Without the least vestige of land:
And the crew were much pleased when they found it to be
A map they could all understand. 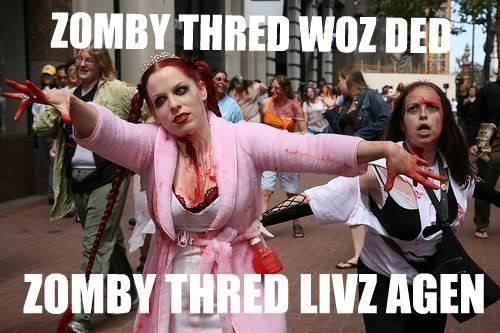 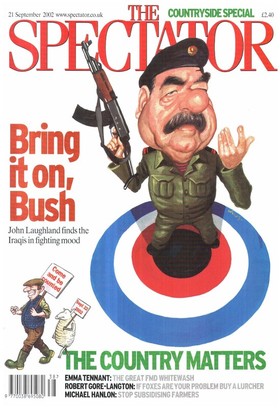 Fascinating, these little time capsules one finds on this site. I wonder how the original commenters might feel on their observations given the passage of 16 years and a large number of shenanigans in foreign parts?
"******* wizards....shit cnuts, surely if you could do magic scary enough to be called ******* death eaters, you'd just explode the heads of everyone you didn't like.
Then bum seven different colours of shit out of hermione.....don't say you wouldn't, you lying cnuts." -Not mine, I forget whose.

CDT gruntfuttock said:
Fascinating, these little time capsules one finds on this site. I wonder how the original commenters might feel on their observations given the passage of 16 years and a large number of shenanigans in foreign parts?
Click to expand...

B
Terminal Illness, what foods/drinks for high calorific content to give?
2 3

Is the RBL aka Royal British Legion now simply a scam?
2 3