ancient said:
Still need to find a use for calculating the volume of a cone though.....
Click to expand...

That would be for working out how big a funnel you need to take a litre (adjust to taste) of engine-oil in a oner.
NULL
O

ancient said:
Last week I used Pythagoras for the first time since I learnt it 50 something years ago. There was some debate as to whether to order a flat pack wardrobe for the daughter's spare room as it has to be constructed lying down (IKEA) and then raised. Would the corner to corner hypotenuse length be too tall for the floor/ceiling dimension? Utterly beyond number 1 daughter who has 2 university degrees more than I. She watched me do the calculation as though I was doing some kind of black magic. Turns out my figures were right and it did, with an inch to spare.

I knew it would come in handy one day.

Still need to find a use for calculating the volume of a cone though.....
Click to expand...

You bastard. From whom did Pythagoras get his theorem? The Babylonians! Typical Hellenic cultural appropriation. Babylonians work it all out, put it on clay tablets, but fail to get it peer reviewed and published properly. Bloody Pythagoras then nicks it, gets his mates to write it all up and immortalise him as a brilliant scientist, despite this being the same genius who reckoned the celestial bodies were all humming in harmony. Which has led to pretentious albums by Mike Oldfield and bloody Bjork... sui generis, major cultural offences.

To really rub it in, when the archaeologists eventually recognised that the Babylonians were centuries ahead of Pythagoras, what did they call the clay tablets? The Babylonian Pythagoras tablets.
G

This from school Mathematics book in use in 1959, primary seven pupils for the use of.

How many of today's primary seven's could handle this standard? 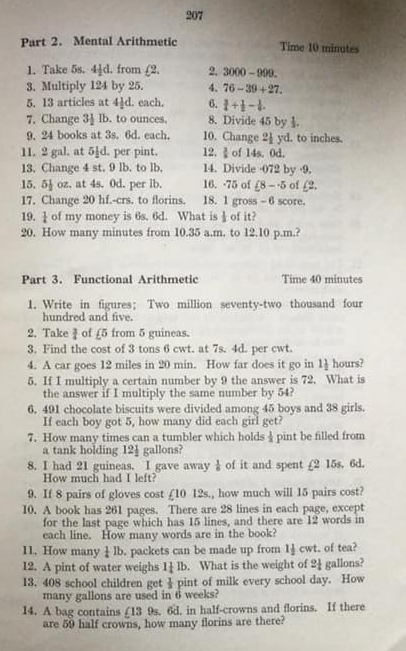 Which sort of calculus? There needs to be some sort of differentiation. And for inclusivity's sake, can there please be some integration?

Volume of a cone? 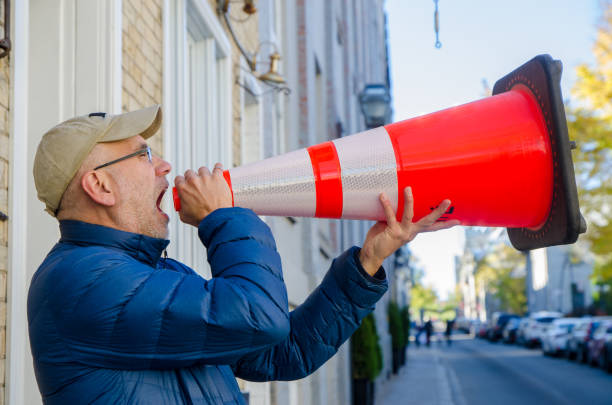 'Harrison Bergeron' was a warning, not just a story. Much sighing of relief when California falls into the Pacific.
“If liberty means anything at all, it means the right to tell people what they do not want to hear.”
George Orwell

lokiuk said:
The logical conclusion is that exam results are racist, and you should award the highest marks to the most marginalised members of a class irrespective of ability to eradicate the racist colonial patriarchal construct of the western education system
Click to expand...

Some pigs are more equal than the other pigs however are they not as clever as some of the other pigs .
Workshy play hard
Ears like a hawke eyes of a bat

As an actual Californian, I welcome our Chinese Overlords and eagerly anticipate the cultural enrichment and benevolence soon to come...
B

The key to understanding the woke is that they create nothing themselves, and simply don't grasp that anyone can. So the theory of evolution was just "there" and Darwin performed an act of "colonisation" on it, he seized and claimed it as his own and controlled access to it. Same with Newton (they also want to rebrand Newton's Laws as the "fundamental laws of physics"). The prosperity of Western countries was "just there" too and White people seized it and so to redress this we should open the borders so everyone else can enjoy this prosperity which just exists, for no reason. No one makes or invents or discovers anything in this world view, they simply capture it (by means unknown, possibly White magic?).
R

Civvy Scum said:
A generation of thickoes?
In Murica?
How could you tell the difference*?

*As evidenced by their utter cluelessness when it comes to geography.
Click to expand...

To reiterate:- ( That means to say again*) The only time america finds out where a country is, is when they bomb it.

* Explanation for Septics only.
M

Now I would have thought that a place that has Silicon Valley would be encouraging these geniuses not holding them back.
I tell you the world HAS gone mad.
Click to expand...

Sadly, in this fair Dominion we would have 50% female content regardless of capability or skill just to tick boxes for a vastly overrated PM's virtue signalling requirements

RaiderBoat said:
As an actual Californian, I welcome our Chinese Overlords and eagerly anticipate the cultural enrichment and benevolence soon to come...
Click to expand...

It's clear California is behind Scotland when it comes to ruining their education system.

Lardbeast said:
Thickoes are easy to control and manipulate.

ancient said:
Utterly beyond number 1 daughter who has 2 university degrees more than I. She watched me do the calculation as though I was doing some kind of black magic.
Click to expand...

I encounter a similar thing most weeks. I get 16 year olds showing me their maths exam revision and half of it is gibberish to me. They are remarkably good at doing very complicated methods (providing they have been extensively coached in those methods first).

Their grasp of the relationships between numbers is not as good. Neither is their functional maths like rounding, estimates, basic multiplication, following their own working or spotting a blatantly impossible answer.

All of which means lots of them can combine multiple formulas for area to find a shaded shape in terms of a and b but don't recognise an area cannot be a negative value. Give me a couple of hours with a textbook to learn the new content and I'd be fine. I'm not sure how to fix their issue.
All in all, you're just another brick in the wall

CaptainRidiculous said:
Volume of a cone?

Chumbawamba walt!
Join me at Torn-City - MMRPG , meet interesting people and put them in hospital, so join up here: https://www.torn.com/2322286

Either way lots of big scary in your face zeros. Dissect the numbers a bit and one in over 2000 over 14 months or so is a lot less scary.

People just don't get numbers. Coached a colleague for her EASA exams and the biggest difficulty was getting her to think as @Ortholith describes above. Zero ability to do even the simplest mental calculations or spot patterns or obviously impossible answers.
"Justice tastes like hairy Bovril!" - The Righteous RTFQ

CaptainRidiculous said:
LCD education.
the other day, on Forged in Fire, they gave contestants a huge blade to copy.
In one fifth scale.
So... blade was 75" long, and just over a foot wide.
tape measure and calculators were supplied. [yes... calculators]
Some of the mongs still got it wrong, on width and length... twelve inch blade, or < 2 inch width.
Click to expand...

Civvy Scum said:
If you were green you'd be one of our lizard masters and have human slaves to do the maths for you.
Click to expand...

It's Overlords. Masters seems to give you all conniptions for some reason.

Classic left wing tactics. Turns out that encouraging non-white people to take up victimhood as a career choice doesn't make them good at Maths or anything else useful.

The way to close the divide? Make White people less useful by pulling the rug from under talented young people.