Saturation said:
The Government has already stated that he is still a citizen and can come back into the country, but they will give no help whatsoever to him.
He does appear to be thick as pigshit though, so I can't see him teaching English, as he claims.
Click to expand...

why would members of daesh*t need to learn english?
Je suis Amazing__Lobster

Higgs_bosun is a silly billy.

Tired_Tech said:
why would members of daesh*t need to learn english?
Click to expand...

So that they can all travel to the UK as refugees and snuffle up all of your generous benefits, and all the while they are doing that, attempt to change the country into a shithole similar to the ones that they became refugees from.

This is the latest on this loon.
Just hit the news 5 minutes ago.

Mark Taylor feels "stabbed in the back" by the New Zealand government.

The man dubbed the "Kiwi Jihadi" after going to Syria to join Islamic State (IS) is now giving media interviews after his apparent capture, and in his latest meeting with a journalist said he felt betrayed by NZ.

Prime Minister Jacinda Ardern said last week NZ won't make Taylor stateless, but it was up to him to try to find consular support to make it home - the Government equivalent of telling him he was on his own.

"I asked the government to help me. But then eventually, they just stabbed me in the back." Taylor told The National from the Kurdish prison where he is being held.

The 42-year-old, who burned his passport when he joined IS, said he had been expecting the government to "take me home" after he left IS and surrendered because there was "no point" in staying and fighting to the death.

After a protracted and bloody four-year battle, IS - also known as Isis or Daesh - has been reduced by US-led coalition fighters to a tiny patch of territory.

Taylor - who was labelled the "bumbling jihadi" after he revealed the location of IS forces by geotagged tweets, "seemed surprised" that help was not coming from home, according to Kiwi-born journalist Campbell MacDiarmid.

"Gee, that's pretty hard," Taylor said. "The thing is, I thought New Zealand was going to give me a fair go," he said. "I know New Zealand helped me before in Pakistan, by getting me out of Pakistan."

He compared himself to those who are deported after committing crimes in Australia, and talked about plans to open a medicinal cannabis business if he did return home.

Last week, Ardern told reporters that "New Zealand has made it very clear that New Zealanders should not travel to Syria. Further, it is clear that it is unlawful to join and fight with a terrorist organisation as Mark Taylor has done."

Taylor has been on the Government radar since at least 2011 and travelled to Syria in 2014. He said then he would remain in Syria until he achieved martyrdom.

In a previous interview with the ABC when he was first captured Taylor - who had multiple aliases including Muhammad Daniel - said that during his five years with the terrorist group he was not a fighter, but a guard, and had witnessed executions and beheadings.

In the latest interview, he showed no remorse for calling for ANZAC day-linked attacks, nor for IS murders of western hostages - and continued to defend the idea of slavery. 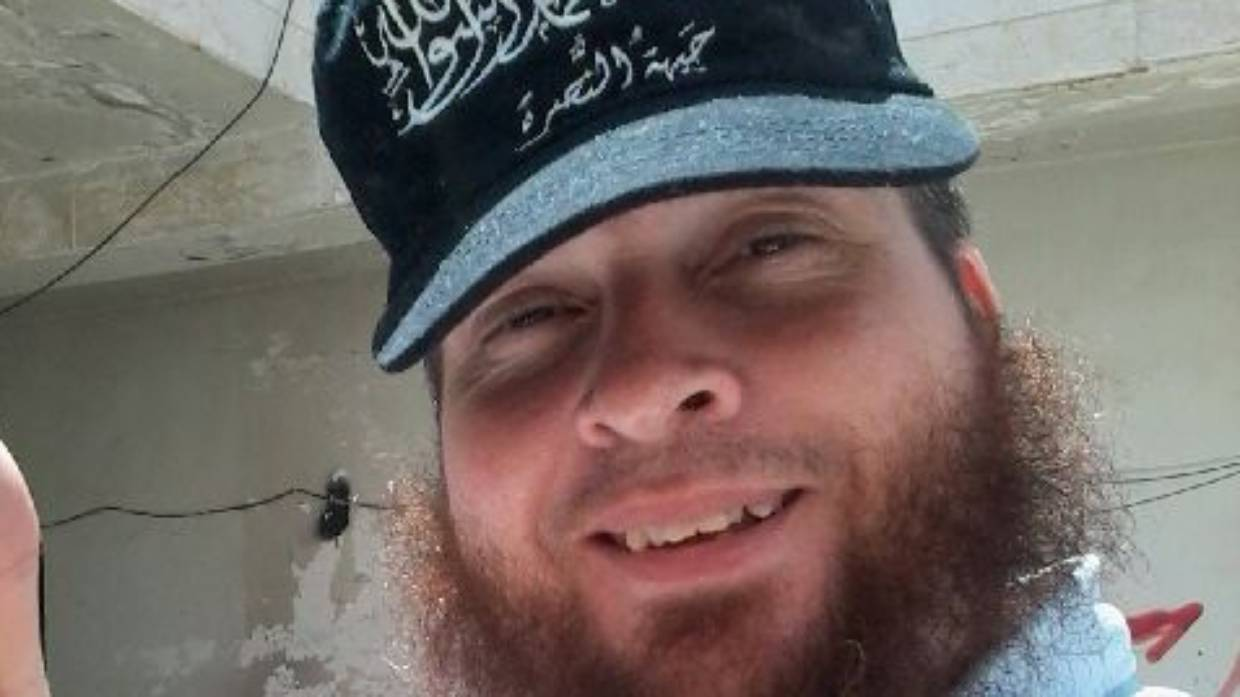 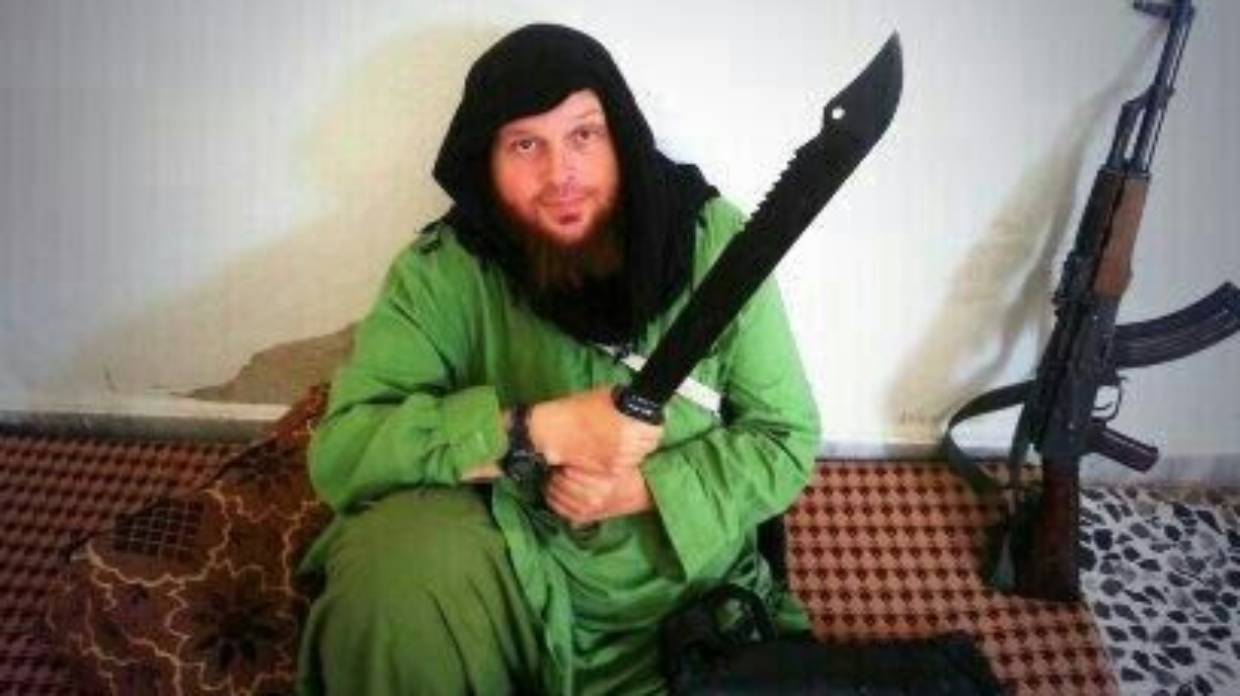 HLD DMR said:
Which would you rather have wandering NZ, the pikey clan or this mental piece of shïte?
Click to expand...

Not sure, Jeremy, can I ask a friend ? 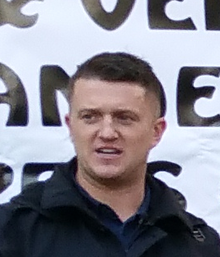 Tired_Tech said:
why would members of daesh*t need to learn english?
Click to expand...

To come here and claim benefits, that YOUR taxes pay for
I hate purity, I hate goodness, I don't want virtue to exist anyway; I want everyone corrupt

scarbrough said:
I'm milking my story for all it's worth.

By the way, there was a battle-hardened, steel-eyed mercenary banged up with me. His name was Baron Castle-somethingorother. I rescued him from a developing spitroast situation and taught him martial arts.
Click to expand...

For a moment there I thought I had read "I rescued him from a developing spitroast situation and taught him marital arts."
Non stick pans my ARRSE!

I'm going to assume daesh*t fighters have a lax view on skill at arms training. Unless that ak propped up against the way was wrapped around this four lions dipsh*t's head straight after the photo.

Higgs_bosun is a silly billy.

CplFoodspoiler said:
For a moment there I thought I had read "I rescued him from a developing spitroast situation and taught him marital arts."
Click to expand...

Sort of did that as well. The Baron is my wife now.

There's got to be a Haka for this. If not - one must be invented, and sharpish!
I speak as a single mother & a junior doctor so you are morally obliged to agree with me, or at least be seen to agree with me to further your virtue signalling.

Another missive from this kiwi fool, on the media 5 mins ago.

'Kiwi Jihadi' Mark Taylor says he was a born-again Christian, but turned his back on that faith after his wife left him for another man.

Taylor, who is currently in a Kurdish prison in Syria, said in an interview with The National that his faith had wavered several times, going from born-again Christian, to atheist, to a more 'open minded' Christian, and eventually converting to Islam.

He spoke to New Zealand journalist Campbell MacDiarmid at a Kurdish prison in northeastern Syria, about his upbringing in New Zealand, his time in the New Zealand Army, and what inspired him to join the Islamic State.

In 1994 he became a born-again Christian and returned to New Zealand to "sort my life out". He joined the New Zealand Army Reserves in 1995, before transferring to the full time Army. He described himself as a gun specialist.

Logan Bartlett, who was in the army with Taylor told RNZ that Taylor became a Christian because of his wife at the time.


"He's needed something in his life, he can't just be his own person… that's all he is, he's just a follower," Bartlett said.

Describing his younger days while in the army, Taylor said "I was quite an arrogant individual you could say. I'm actually more like a loner individual. I keep myself to myself a lot. Don't interact with much people".

"I had quite a few people who didn't like me in the army… my character was different."

After a "messy separation" with his wife - he said she left him for another man. He told The National he became an atheist then became Christian again, but said he was "open minded" and started to learn about other religions, specifically Islam.

He converted to Islam and lived in Australia. In 2010, Australian intelligence services cancelled his visa, due to terrorist links.

He moved to the Middle East about 10 years ago.

"I was more interested in finding a community to live in and say 'right I can practice my religion within the circle 100 per cent' that's what I was looking for," he said.

Taylor said his opinion on slavery (he has previously said that he wanted a female slave) is that it is "not much a problem really... There's no problem, as long as you treat the slave as equal, as mentioned in Sharia law. You don't treat them as sub-human, you treat them with respect as a human".

He told The National that if New Zealanders had an issue with that stance "it's not really my concern". He also said he had been frequently threatened by New Zealanders.

"I thought New Zealand was supposed to be a tolerant country where they tolerated other people's beliefs."

He wants the New Zealand Government to help him get home. He said he was under the impression that someone from the Government would be able to come to Syria and take him out.

Prime Minister Jacinda Ardern has said that the New Zealand Government will not go out of their way to assist him, and that travelling to Syria could put New Zealanders in danger, but that if he were to make his own way to a New Zealand consulate, likely in nearby Turkey, he would be entitled to receive support.

These are my words "At least he is not claiming that he wants to come home because of his children", simply because as far as can be ascertained he has none.

scarbrough said:
I did 85 years in a Kurdish prison as a lad. Did me a world of good, it did. Taught me a lot about life. No doubt it will make a man of our wannabe ISIS warrior.
Click to expand...

scarbrough said:
...I want a book deal, and slots on GMTV (or somesuch) to warn everyone about the consequences of being radicalised to fight in Syria.
Click to expand...

How about a nice cream and a red laboon instead?
"Justice tastes like hairy Bovril!" - The Righteous RTFQ

This is worth looking at.
A news item from tonights news and comments from a relative of the idiot.

Draft Dodger said:
i think you missed the bit where it said he was a veteran.

pin a poppy on him and welcome him home
Click to expand...

Well, he's got more operational experience than most on here.
Found the account details to my original account (this one), so I requested "Toppet" to be deleted.

Saturation said:
This is worth looking at.
A news item from tonights news and comments from a relative of the idiot.

Shouldn't that be The Kiwi Duckhead?
This space intentionally left blank

Tappet said:
Well, he's got more operational experience than most on here.
Click to expand...

Lardbeast said:
How about a nice cream and a red laboon instead?
Click to expand...

What's a laboon? How would it give me access to the delectable Theresa May?
D

SkippedOnce said:
Well, picture this then.

Andy Farman said:
Doesn't much look like the burbs of Wellington, or Rotorua High Street.
Click to expand...

Could be Tokoroa, to be fair.
D

Hmm. His closest consular support in the (very small) NZ Embassy in Ankara. Somehow I don't think he'll get there, the broken-brained wannabee.

C
Chief Constable of Avon and Somerset Constabulary to step down

A Wildcat in the wardrobe
2