Mohammed Abad, from Edinburgh, was run over when he was six years old in Huddersfield, in 1978. During the accident his penis was sliced off as he was dragged 600ft by a car.

Mr Abad had surgery to fit a fully functional 8 inch bionic penis in 2012. The organ has two tubes which inflate when he presses a button on his testicle.

I have waited long enough for this — it’ll be a great start to the new year.

My penis is working perfectly now so I just want to do it. I’m really excited. I can’t wait for it to finally happen.

Mr Abad also says he dreams of one day becoming a father.

He will meet up with sexual freedom campaigner Charlotte Rose in London this week for a dinner date.

Rose, a mother of two, said she will waive her usual £200-an-hour fee:

I am so honoured that he chose me to take his virginity.

We plan to have a dinner date so we can get to know each other and then two hours of private time. I’m not charging him.

I’m happy to help him build up confidence.

That's jolly nice of her.

She probably didn't make it into parliament for being too honest, thus providing proof that even pimps and whores have greater integrity than our intrepid leaders.
For where thou art, there is the world itself, and where thou art not, desolation.

I almost reported that as spam.

Have an 'Informative' from me D_C - I know that I can always rely on you to bring me news from sex industry!

And charlotte rose is a right bit of kit!!
Toodlepip
TheGimp

You don't think that she looks a bit like that Jayda bint from the EDL?
"It's not the bullet that's got my name on it that concerns me; it's all them other ones flyin' around marked 'To Whom It May Concern.'" -Unknown
People sleep peaceably in their beds at night only because rough men stand ready to do violence on their behalf - George Orwell
Si vis pacem, para bellum

Charlotte Rose but will the bionic penis?
It's time for British Independence.

I hope it's not a let down for him, that would deflate his ego.

So here we have a Muslim chap named after the prophet himself (Mohammed, Peas Be Unto Him) about to have it off with a (rather tasty) hooker on the basis that: "Muslim men who want to hire prostitutes can simply point out that Muhammad, Islam's final prophet, allowed prostitution, and that later Muslims (like Umar) cannot overrule Muhammad. Moreover, since Muhammad allowed sex with prepubescent girls, pedophiles are free to seek out child prostitutes."

Meanwhile, elsewhere muslim wimmin are being stoned to death by other muslims for being prostitutes. 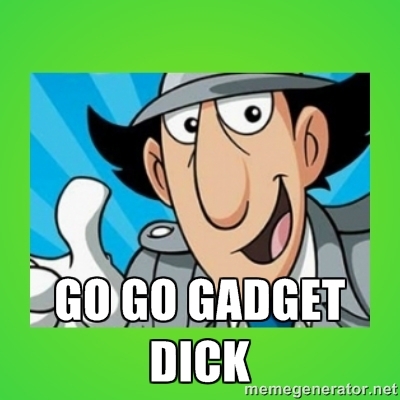 My nomination for Thread title of the month.
Older,but no wiser.

@thegimp You are in enough bother. Keep whatever you have inside your trousers
Bughunter General. Distinguished Vermin Medal (Second Class, Division 2 [upgrade])

So she gets free publicity for her business for a bit of a cock up.

EX_STAB said:
Charlotte Rose but will the bionic penis?
Click to expand...

Only if she presses the right buttons.
SOMETIMES THE BEST THINGS ARE HIDDEN UNDER PILES OF RUBBISH.

vvaannmmaann said:
My nomination for Thread title of the month.
Click to expand...

If you were a fiction writer & took this story to a publisher they'd laugh themselves sick before hoofing you out the door.

Life sure is strange at times.

On a side note my only experience of bionic appendages was Steve Austin the 6 miliion dollar man. When he uses his bionic todger doea he do it in slow motion making an odd mechanical du du du du du du du sound.

"If you want a vision of the future, imagine a clown shoe stamping on a human face forever."

"Mr Abad had surgery to fit a fully functional 8 inch bionic penis in 2012. The organ has two tubes which inflate when he presses a button on his testicle."

Not had much luck in life has he!

Robocock
It's all shits and giggles until someone giggles and shits!

600ft? Er, down think that was an accident mate.
Steven Seagull is a rotten, internet bully, a seventh generation ****, he was born in a state of misery, half-cooked with a mean streak a mile wide. Over the years he has developed a passion for human oddities, presdigitation, tattooing and torture.

Speech: In defence of a rules based order: transatlantic security co-operation in a dangerous...