London - is it getting shitter?

Not like me to start a thread. But, as title says, London - in general terms, is it getting shitter?

Today i received a letter from Transport for London. Its just an information letter to say that as i had driven my vehicle there, here's some advance warning that from 25 October 2021 the ULEZ would be expanding.
(Now, i drove into London a few weeks ago for the first time in years (outside both congestion and ULEZ zones)). 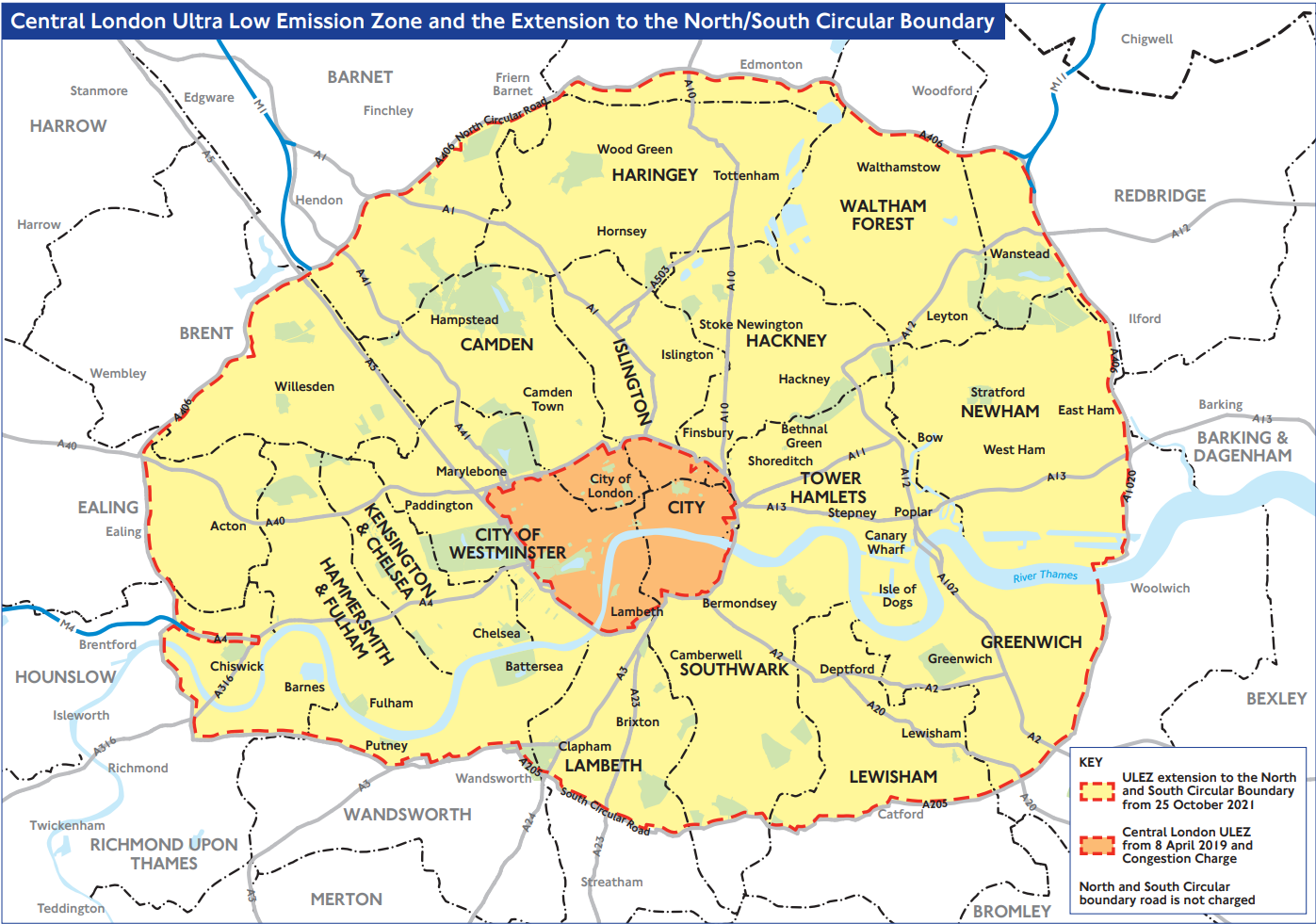 Quick ref, the orange is current ULEZ (currently free for residents) and the yellow is expansion. What i noticed in the webshite for London ULEZ expansion was this:

So... if you are a resident in either the orange or yellow zones, come 25th October you will have to pay £15 per day to drive your vehicle. Including commuting to work and getting to shops etc.

Frankly, i think that's shit. In 10 years when there's less combustion vehicles and more electric then yeah, maybe. But this is not a charge to clean the air. Its taxation of the working class (and i vote Tory!).

London is getting further away from the reality of the rest of the UK. 'Diversity', stabby stabby world, how it treats its own residents, Flabbott lives there, blah blah blah. Frankly, London can **** off if it thinks i'm going back in there. The cnuts.

Is there a petition to make another city in the UK the capitol? I'm going back to the shed to throw darts at pictures of Khan and vex whilst reading the paper that cannot be mentioned.

Expect things to get worse. Sadiq Khan has an absolutely massive TfL and Crossrail (still not open) deficit to deal with. Consider yourself low-hanging fruit.

London has acquired its own shitness trajectory, along which it will invariably slide until the glorious revolution or the Great Fire of London #2.
보신탕; 補身湯
ἑωσφόρος

Provost said:
Expect things to get worse. Sadiq Khan has an absolutely massive TfL and Crossrail (still not open) deficit to deal with. Consider yourself low-hanging fruit.
Click to expand...

TfL wouldn't have a deficit if he'd raised fares but due to his wanting to be popular and wanting to get voted back in, he won't, so the driving fraternity have to take up the slack. It's ridiculous, he ran free buses during the lockdown and raised the congestion charge as well as changing the operating hours and still has a massive deficit!
"It's not the bullet that's got my name on it that concerns me; it's all them other ones flyin' around marked 'To Whom It May Concern.'" -Unknown
People sleep peaceably in their beds at night only because rough men stand ready to do violence on their behalf - George Orwell
Si vis pacem, para bellum

It's always been shit. It takes a brain melting level of destructive evil to make it even worse.
"Justice tastes like hairy Bovril!" - The Righteous RTFQ

Please, please, pretty please, can the Luftwaffe come back and finish the job.
To the just and virtuous man, death has no terrors equal to the stain of falsehood and dishonour.

Book Reviewer
London has historically been very shit. However, like India's populace, it is expanding exponentially in its shitness.

I hate London and would be quite happy to see a neutron bomb dropped on it, so as to preserve the National History and Science Museums.

London's the only place I know where they can charge £9 for a pint and a can of fizzy with a straight face.

Book Reviewer
When a man it tiered of LONDON he is tiered of life. Some wit said .
A sapper with an idea is like a monkey with a hand grenade

TIERED of life? That’s wrong on so many levels

I’ll get my coat…..
A foolish man will complain about a torn pocket……A wise man will use it as an opportunity to scratch his balls

don't tell him pike said:
TIERED of life? That’s wrong on so many levels

Nobody ever said, or indeed, wrote that.
"Two in the goo, one in the poo".

Badger_Heed said:
Nobody ever said, or indeed, wrote that.
Click to expand...

Badger_Heed said:
Nobody ever said, or indeed, wrote that.
Click to expand...

Ive added a spell check and lang pack to my firefox so awl should be ok nowe .
A sapper with an idea is like a monkey with a hand grenade

London is a cesspit, I avoid it at all costs. Overpriced, over hyped and over populated
New website...

don't tell him pike said:
TIERED of life? That’s wrong on so many levels

London is tired of Kharnage Khan but still stupid enough to vote the twunt back in.

As for the ULEZ, its just another road users cash cow generator to appease the woke Nimbys, lycra louts and XR cretins and it's no surprise that Khan remains under Police protection, the oxygen thief terrorist sympathizer is a pure showboating waster.

News story: Standing on the shoulders of giants in a rising sea