Excognito said:
To be fair, I wouldn't do it. But then again, I wouldn't have the confidence that one RM's bodyguards wouldn't determine that I was a threat that needed putting down. Nor would I feel particularly happy about the thought that I might later walk down some quiet little street and have an 'accident' happen to me.
Click to expand...

Surely your training would kick in and you’d be reet!
Older,but no wiser.

vvaannmmaann said:
Surely your training would kick in and you’d be reet!
Click to expand...

My training consisted of reading the French and Italian Tactical Operations Manuals. I page. Two words. Simple to remember.

My personal anthem was used in a film, I believe ...

Book Reviewer
I recall a humorous event at a Memorial service. It was in Sandakan in Borneo. There had been a Jap POW camp at Sandakan, and during the war it housed Australian POWs , where many of the poor fellows had died. We were operating about 50 miles from the place. Our Co was a wartime soldier and thought that a small contingent of about eight of us should go off and do a small memorial service. The QM recently promoted from RSM was OC the event. Off we went with all our kit including a wreath. The District Commissioner of police was in attendance. It was to be the full works with 'volley fire and bugle calls,' We didn't have blanks only live, so it was decided not to use our rifles but to borrow Lee Enfields from the local police force. We had a little 'loading and unloading'drills with the ancient rifles and loaded up! The rounds were also ancient and an aged sage green colour.

The word of command came ' Load...Ready.......Fire! there was just six clicks and no bangs, then eventually two of the rifles 'fizzed' and let of a loud delayed bang each with a mass of smoke. Then another rifles 'fizzed' and went off! what was amusing was how people jumped in the air after each delayed bang, while the QM lost the ceremonial touch and bawled out... "keep those bloody rifles pointed upwards!"
Before we made our trip back to our location, the QM formed up his small command and said " If any of you bastards breath a word of what happened here today, you'll have me to deal with!"
There was Jones 09 who always felt the strong need to bang away at Jerrie's line, Evans 15, white faced and nervous but squared up, and did his duty, and my batman Williams 51, the most perfect gentleman that I have ever met. They are all gone now, my lovely boys! Pl Comd 2nd RWF Nov 1917.
F

ThelmatheBelmer said:
Yeah, but at least the leaf is in (roughly) the right place.
Click to expand...

So, more poppy Fascism then.

Lifeboat21 said:
nope, a civvie is a person who's never had the delights of a military life.
Click to expand...

Bullshit. A civvie is someone who's not currently in the military. Only an insecure twat would be a "wazza". It was your life; it isn't any more. You're now a civvie.

ThelmatheBelmer said:
Bullshit. A civvie is someone who's not currently in the military. Only an insecure twat would be a "wazza". It was your life; it isn't any more. You're now a civvie.
Click to expand...

I prefer "Hero veteran"
I've only ever been wrong once and thats when I thought I was wrong but I was mistaken.

I love a sunburnt country, A land of sweeping plains,
Of ragged mountain ranges, Of droughts and flooding rains.
C

Oppressed warhero veteran.
- #diymetoo
- Apparently some moderators take themselves very, very seriously, and cannot abide posts such as:
"If however you offer to moderate you may be a sanctimonious, unfunny pissflap to your heart's content."
- Some comments are allegedly "very very nasty and uncalled for."[/U]
- FISHMO
L

ThelmatheBelmer said:
Bullshit. A civvie is someone who's not currently in the military. Only an insecure twat would be a "wazza". It was your life; it isn't any more. You're now a civvie.
Click to expand...

By my badge, I'm a veteran.

I must say I'm deeply offended by this, the puppy is a symbol of affection, love and piss. Yes, that's right. The puppy. 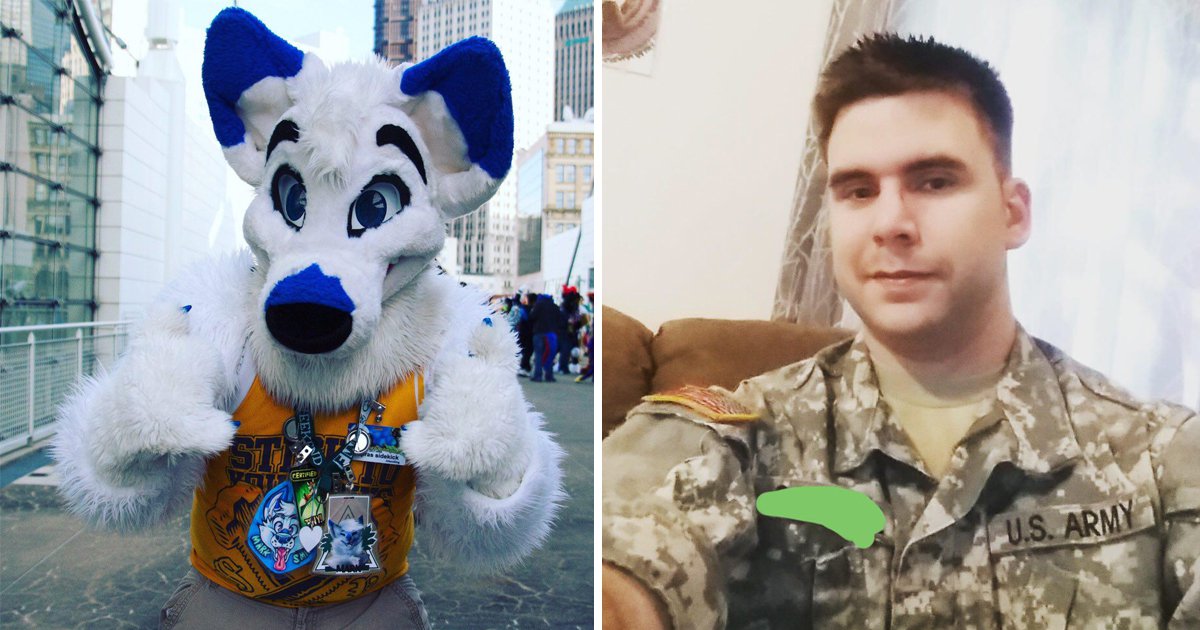 Mark Smith is a specialist E-4 US Army soldier, and one very good boy.

What about the furries eh? We need a furry poppy to be inclusive of the puppies. 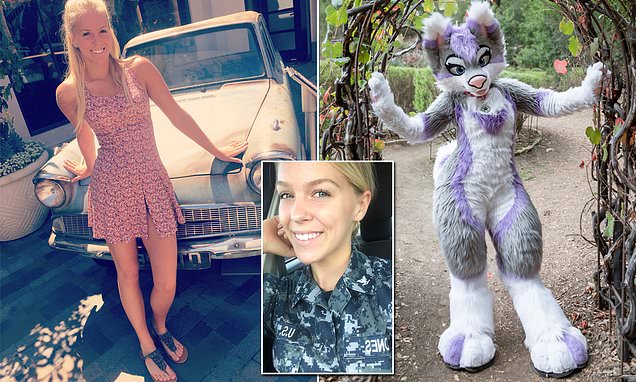 Jordan Jones, 21, from Indiana, first discovered the world of 'furry fandom' on Instagram. Although some people become furries to fulfill a sexual fantasy, Jordan says that's not the case for her.

This one is particularly confusing cos instead of being a slightly obese and balding yank it's a fairly petite blonde.

Those packed lunches were a welcome break after the fighting.

Along with anything else she'd permit me to insert...

So, a former serving civilian then.
L

ThelmatheBelmer said:
So, a former serving civilian then.
Click to expand...

Not a gopping civvie.
G

If I understand the above, I was a child and knew nothing and was an ignorant civvie. I went to University and gained an OTC commission but was a "know nothing, jumped up" civvie. Whilst in the Regular Army I was "one of God's annointed". Later, as a member of The Reserve, I was "a waste of rations wannabee type civvie". Now as a retired "veteran" (and I use the term very self-deprecatingly), I have now according to some achieved the rank of ignorant civvie again, right up until the point I shrug off my mortal coil at which time I become one of those who should be remembered.

Is this some sort of judo thing where a white belt has two meanings? I don't really care either, or any way. Very politely I suggest that some people might possibly have too many chips on their shoulders (or upper arms), or have an unreliable and unfocused view of life and a little too much time on their hands.

Ah well, it could be worse. After all I could be right!!

GH
I may be drunk madam, but you are exceedingly ugly, and in the morning I will be sober.
C

ThelmatheBelmer said:
So, a former serving civilian then.
Click to expand...

How do you get to be a serving civvie, Maccy D or Stab ?
- #diymetoo
- Apparently some moderators take themselves very, very seriously, and cannot abide posts such as:
"If however you offer to moderate you may be a sanctimonious, unfunny pissflap to your heart's content."
- Some comments are allegedly "very very nasty and uncalled for."[/U]
- FISHMO

Cutaway said:
How do you get to be a serving civvie, Maccy D or Stab ?
Click to expand...

Government, Emergency Services or Local Authority. You're serving your nation.

Even the RAF Regt?

Sent from my SM-G973F using Tapatalk
It is my Royal and Imperial Command that you concentrate your energies, for the immediate present upon one single purpose, and that is that you address all your skill and all the valour of my soldiers, to exterminate first, the treacherous English, walk over General Frenchs contemptible little Army. Kaiser Wilhlem II, 19 Aug 14 (allegedly!)