South Korea has unveiled it latest indigenous fighter the K21 Hawk. The Republic of Korea Air Force (ROKAF) is expected to introduce into service 40 KF-21s by 2028 and a full fleet of 120 aircraft by 2032.

Initial plans are for six KF-21 prototypes to be produced for testing and development. Three to be completed by the end of this year and the next three in the first half of 2022, according to Korea’s Defense Acquisition Program Administration (DAPA).

Four will be single-seat and two, twin-seat prototypes. These will be powered by a pair of U.S.-supplied General Electric F414-GE-400K engines selected in 2016 to supply 240 F414 production engines plus spares program.

The aircraft exhibits some low-observable features, and has similarities with the canted twin tails, fuselage shaping, and edge alignments to the F-22 and F-35’s. Considered a 4.5-generation fighter jet due to it lacking an internal weapons bay that increases stealthiness, weapons will be carried externally, on six under-wing and four under-fuselage hard-points, there are indications that it could fly higher and faster than the F-35. It will certainly be cheaper giving it good export potential. 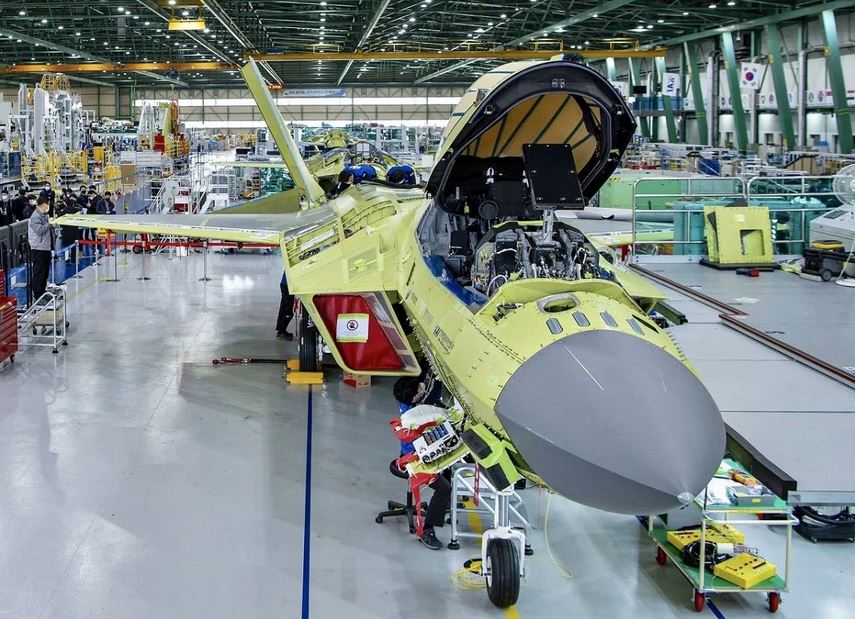