DO NOT engage the local talent.
Kenya isn't as 'third world' as you'd expect.
internet is slower than you are used to. but not glacial
Lardbeast may be the best chap to speak to about this.
E

Book Reviewer
Never, ever have unprotected sex in Kenya (or anywhere else in east Africa).

AND take your anti-malaria stuff every day. If you get the sh*ts, take more. Speak to your MO.

goodoldboy said:
Never, ever have unprotected sex in Kenya (or anywhere else in east Africa).
Click to expand...

goodoldboy said:
Never, ever have unprotected sex in Kenya (or anywhere else in east Africa or the world for that matter!).
Click to expand...

Internet depending on where you are can in some cases be faster that here as they have a lot of fibre optic cabling around. At 13.7 megabits per second, Kenya's average data connection speed in the first quarter of 2017 was almost twice as fast as the global average. Kenya also beats the United States, ranked 28th with an average speed of 10.7 mbps, and South Korea, home to the fastest average speed in fixed internet connection.

Prepay Safaricom chips for your phone will give you very cheap calls to both UK and US lots of Safaricom outlets around. You will provide your passport and details to get registered can be done in about 20 mins depending on how busy the shop is. I keep one phone with a Kenya chip and use that in the USA when I am over there, keep in contact with family in Kenya when over here, and also have my Vodaphone chip and UK phone when here. You can get both airtime and data so can turn your smart phone into a wifi hotspot for your computer which works pretty well or you can get a Huaiwai dongle which also works very well

The security in Kenya can be a bit dodgy as tourists/visitors stand out and generally carry money, cards, phones, computers. Aids is rampant

Mostly law abiding and friendly, but there are baddies around who will not hesitate to swoop on targets of opportunity, so tend to carry a minimum of the goodies that they would like when out and about.

Inner Nairobi is pretty dark not too many Europeans there now, hotels, shopping malls, and offices tend to be out on the suburbs. Karen Langata, Westlands, Muthaiga etc. If you are going up country to Nanyuki should be better up there re crime/ mossies

Malaria is generally down on the coast, up country over 5,000’ and above tend not to get too many. Never had mossie nets in the old days but see a lot around now. Depending on how long you are going to be there you could use anti-malarials. I don’t, but if down at the coast and start feeling a bit off/ill zap down to a clinic and get a blood test. Very quick diagnosis 10-15 mins, and some good medicines now which will knock it on the head very quickly.

Still a good place to go, I was born and brought up there still have a house and family there so bit different for me but all in all one of the more advanced places in Africa. S Africa was what I felt was a First world country in a 3rd world continent but majority rule has see a major deterioration. Rhodesia was the breadbasket of the south but has been totally f*cked over and has turned into a basket case. Africans tend to be friendly and industrious, in Kenya a couple of tribes very savvy and smart...but corruption is rampant and endemic.

China is busily taking it over in a loan/collateral/debt type Colonialism which they are rather belatedly realising.
Last edited: 29 May 2019

goodoldboy said:
Never, ever have unprotected sex in Kenya (or anywhere else in Africa).
Click to expand...

Get yourself a decent ankle wallet, or one that shoves down to your bollocks and openly carry a wallet in your back pocket as normal. That way if you get mugged you give them the wallet out of your pocket which has some duff plastic cards and about a tenners worth of low denomination notes, some loose change and a durex tucked away in it.

Smugglers belt with cash, plastic handcuff key and a stanley knife blade with some electricians tape over the cutty bit is a nice back up too.

goodoldboy said:
Never, ever have unprotected sex in Kenya (or anywhere else in east Africa).
Click to expand...

An opportuniistic attack by an AQ affiliate on the USA while attention is on Iran?

'The U.S. military said the security situation was “fluid” at a Kenyan airfield used by U.S. forces after a pre-dawn attack Sunday by the al-Shabab extremist group. The attack destroyed U.S. aircraft and vehicles, Kenyan authorities said, and at least four attackers were killed. It was not yet clear whether any U.S. or Kenyan forces were killed. A U.S. Africa Command statement said “an accountability of personnel assessment is underway.” The midday statement said the Manda Bay airfield was “still in the process of being fully secured.”

'The al-Qaida-linked al-Shabab, based in neighboring Somalia, claimed responsibility and asserted that “intense” combat with U.S. forces continued. The U.S. statement called the al-Shabab claims exaggerated and said U.S. and Kenyan forces repelled the attack. It is the first known al-Shabab attack against U.S. forces inside Kenya, a key base for fighting one of the world’s most resilient extremist organizations.' 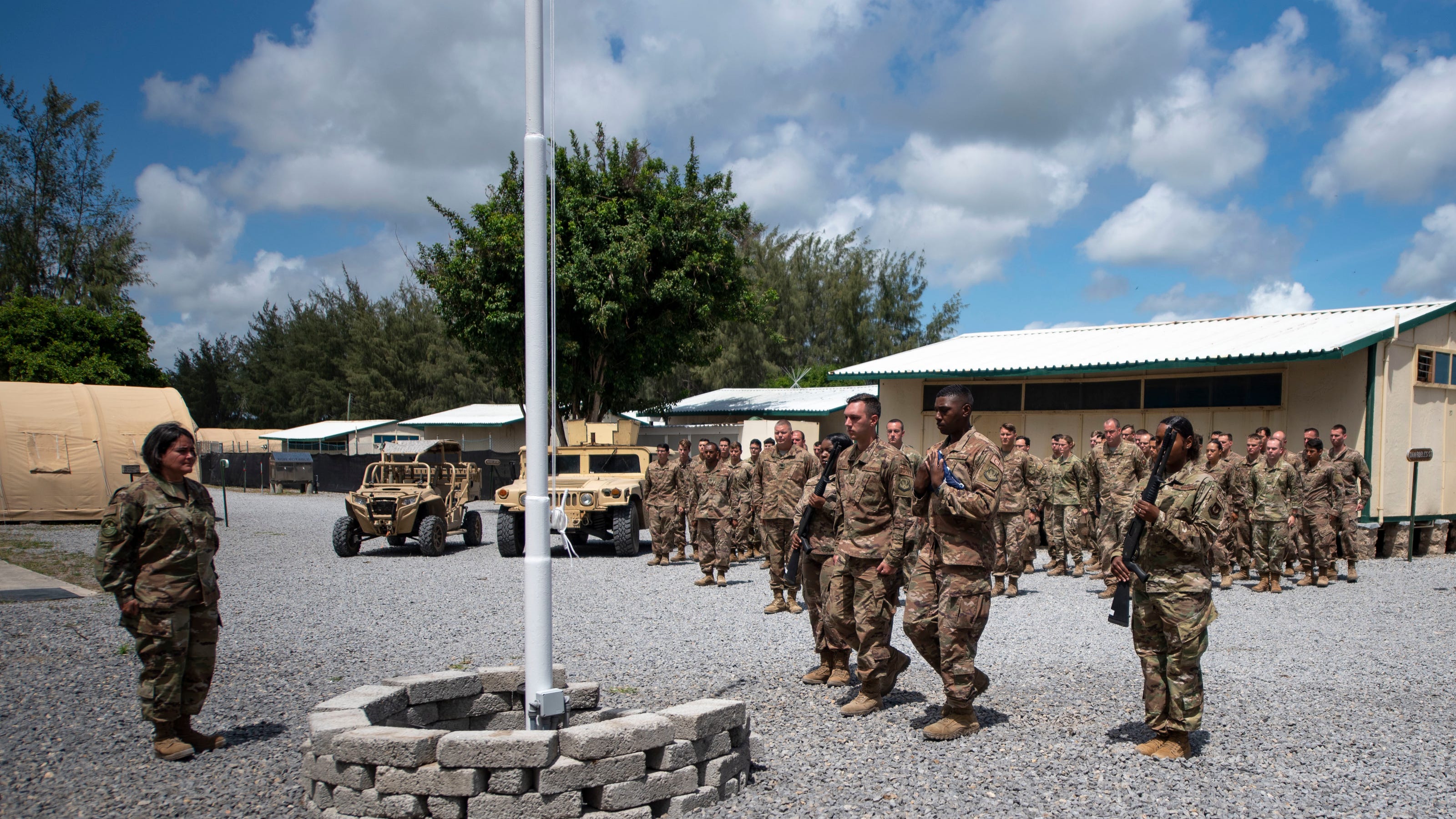 The attack on the Manda Bay Airfield was the al-Qaida-linked group’s first attack against U.S. forces in the East African country.
eu.usatoday.com
“Do not go gentle into that good night. Rage, rage against the dying of the light.” - Dylan Thomas
"Those who can make you believe absurdities can make you commit atrocities." - Voltaire
“Nobody's slave, nobody's tyrant." - Generallöjtnant Jakob Albrekt von Lantingshausen

Get yourself down to Gipsy Bar in Nairobi..... Naomi Campbell look alikes hanging off you all night and each one very available.

Buy the bouncers the occassional drink and they will look after you and give you a warning if your chosen ebony goddess for the night is a thief or worse, a total lunatic.

'Three men have been arrested in Kenya after a group tried to force their way into a British Army training camp. Officers took the trio into custody on Sunday and after they attempted to gain access to the military base at Laikipia, which is home to the British Army Training Unit Kenya.

'It happened on the same day three Americans were killed in an attack on the Manda Bay Airfield, a coastal military base close to the Somali border.' 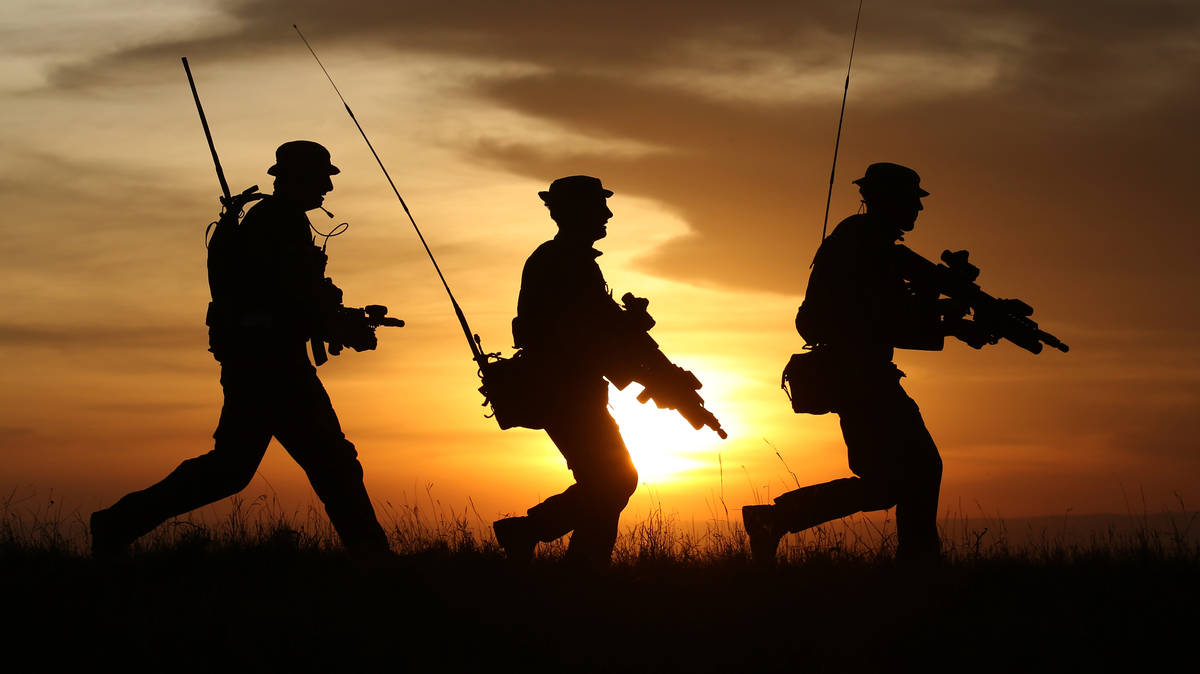 Three men have been arrested in Kenya after a group tried to force their way into a British Army training camp.

www.lbcnews.co.uk
“Do not go gentle into that good night. Rage, rage against the dying of the light.” - Dylan Thomas
"Those who can make you believe absurdities can make you commit atrocities." - Voltaire
“Nobody's slave, nobody's tyrant." - Generallöjtnant Jakob Albrekt von Lantingshausen

Long time since I was there but the most worrying part was that No.1 in the Top of the pox charts was the cook
"Planties" yes the earth does move for you
" Planties" never sleep they only doze
" Pie are squared " them that know know

V
How to raise a private militia(Tatham-Warter style)?
2

Obsolete or unwanted technology or games
2