DavidBOC said:
Back in the 1991-1995 the US Post Office issued sheets of stamps each year depicting a number of historical events for the year. In 1995 the designs included a stamp on Hiroshima. The Japanese got very upset and protested loudly and President Clinton cancelled the stamp design and apologized to the Japanese people for Hiroshima (Clinton excelled at apologizing for things other people did)
Click to expand...

Are you sure? Seems slightly at odds with this: "President Clinton said today [April 7, 1995] that the United States owed Japan no apology for dropping atomic bombs on Hiroshima and Nagasaki at the end of World War II, and that President Harry S. Truman had made the right decision to use the bombs." (http://www.nytimes.com/1995/04/08/us/no-apology-for-hiroshima.html)

DavidBOC said:
For those who may doubt that Japan issues a Pearl Harbor stamp.

According to https://commons.wikimedia.org/wiki/File:Greater_East_Asia_War_in_the_Pacific_of_Japanese_stamps.JPG, that stamp was issued in 1942. I would be surprised if it had been reissued in 1991, and I'm getting the feeling this story about Japanese stamps and about Clinton apologizing for Hiroshima has a whiff of bullshit about it.

eodmatt said:
The NAIIC Chairman wrote: "What must be admitted – very painfully – is that this was a disaster 'Made in Japan.' Its fundamental causes are to be found in the ingrained conventions of Japanese culture: our reflexive obedience; our reluctance to question authority; our devotion to 'sticking with the program'; our groupism; and our insularity.” The mindset of government and industry led the country to avoid learning the lessons of the previous major nuclear accidents at Three Mile Island and Chernobyl. "The consequences of negligence at Fukushima stand out as catastrophic, but the mindset that supported it can be found across Japan. In recognizing that fact, each of us (every Japanese citizen) should reflect on our responsibility as individuals in a democratic society."
Click to expand...

That is pretty damning. Hadn't seen that before, thanks for posting Matt.

ches said:
That is pretty damning. Hadn't seen that before, thanks for posting Matt.
Click to expand...

Indeed and penned by a Japanese bloke with the benefit of a modern international education.
3; 2; 1; Firing NOW.........

Auld-Yin said:
The largest part of the Nile is in Sudan. Just saying like.

The largest part is the delta and that is to be found in Egypt. It is quite possible that there are more miles of river in Sudan, which would be defined to be "longer" but not "larger".

Are you not a native English speaker? I am led to understand that you might originate from North of a certain border
Plan for success, of course! But do not ignore the possibility of failure. Always keep a retreat route open and secure, else all be lost and perish.

Crepello said:
The largest part is the delta and that is to be found in Egypt. It is quite possible that there are more miles of river in Sudan, which would be defined to be "longer" but not "larger".

Are you not a native English speaker? I am led to understand that you might originate from North of a certain border
Click to expand...

I therefore, as the Nile is not just the few molecules that make up the surface water, stand by my assertion that the largest part of the Nile is in Sudan.

You may wish to supply evidence to the contrary - I look forward to reading it.
Labour: For the Few, NOT the Many!
Tory: Vote for us we can ignore you better than Labour do.
I
I'm a Gammon and proud of it!

Auld-Yin said:
The largest part of the Nile is in Sudan. Just saying like.

Is that De white Nile?
NULL

eodmatt said:
Flagon of red wine, cheese and nibbles at the ready .,,..
Click to expand...

I think the nibbling has already been done to sufficiency.
Once during a fever I remembered that when a European is dying, there is usually some sort of ceremony in which he asks the pardon of others and pardons them. I have a great many enemies, and I thought, what should my answer be if some modernized persons should ask me my views on this? After considering it, I decided: Let them go on hating me. I shall not forgive a single one of them.
L

S'far as I am concerned it was Japans policy to control the Pacific rim. It's now China's and the Americans also got the same idea. The same arguments go for the people of Japan as go for the people of Germany. They didn't deserve Hiroshima but in time of war-it's war people get hurt. There is no moral issue in war, just who wins. The Americans did end of. When the next bomb gets dropped I do hope we don't go an get all moral.

Incidentally where did the one about the Bookkeeper go. I can't find it- in time for me to miss a note about the Russians banning books about the Great patriotic war as they are Revisionist- Nice one that.

IIRC the Purple Hearts that had been produced to issue to casualties during the invasion of Japan were still being Issued in Iraq after that invasion.

I worked in Nanjing for six months and visited the local Nanking atrocities museum, grim, very grim; the photos and paintings left little to the imagination. One exhibit that stood out was a copy of a Japanese newspaper showing an article (complete with photos) covering a beheading contest between two Jap officers, 1st to a hundred! After that the swords were too blunt. The city wall is still there in parts, famous for photos of Jap soldiers with arms raised shouting banzai. Plus they pushed thousands of unarmed captured nationalist solders off, that and the mass burying of people alive to save on bullets. They also used those old fashioned guillotines we used at school for cutting stacks of paper. There are photos of Jap soldiers holding their victims down as one of their comrades pulls down on the guillotine arm, puts ISIS to shame.

No Love lost between the Chinese and Japs. A mainlander once told me Japan was populated after a Chinese princess was shipwrecked on the main island and then the raped repeatedly by monkeys. I wonder if that's where the Monkey character came from in the Water Margin?

The Koreans are also storing up revenge points, the Japs treated them like shite during their occupation of Korea. Watch any Korean movie and there's always a Jap getting a kicking.

'City of Life and Death' - Not an easy watch but ought to be compulsory viewing at times like these.
Local Library had quite a subtle display of topical books, 'Hellships' 'Tokyo Inferno' etc. Glad someone's prepared to feed peoples curiousity.
NULL

smartascarrots said:
I think the nibbling has already been done to sufficiency.
Click to expand...

ches said:
That is pretty damning. Hadn't seen that before, thanks for posting Matt.
Click to expand... 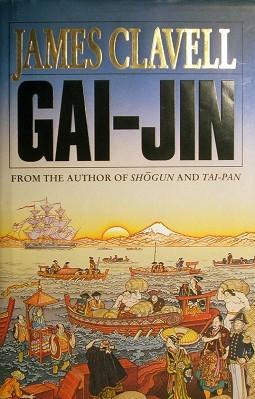 of course it's historical fiction but gives a good interpretation of the bafflement and rage with which the Japanese ruling class met the 'barbaric' Westerners forcing them to open the country for trade in the late 19thC.
'The really important fact about the English intelligentsia is their severance from the common culture of the country' George Orwell

DavidBOC said:
For those who may doubt that Japan issues a Pearl Harbor stamp.

Didn't doubt that, but whereas only half the world, including the Japanese, speaks English how many speak Japanese and therefore understand the the stamp?

ordinaryforces said:
I reckon they should drop a bomb on Japan every year just to celebrate the anniversary..so to speak.
Click to expand...

Apparently the captain of the first aircraft to drop the bomb used to do a re-enactment every year until old age caught up on him. Unfortunately he only dropped dummies, the real thing is far too expensive.

Aparently some footballer has upset an aisian man by using the racist term Jap.
Christ good job he didn't hear what my grandad called them.

The chap below them had been a FEPOW.
He used to slice everything thin and hand it out oranges Mars Bars etc. you'd get a slice.
When my mother went round for tea with his daughter she was warned never to ask for more.
Just eat what was offered and come home for some more.

Go to the first post. I think you may need to edit it (or not). Top right, find a button marked I think Thread Tools. Click. Edit your own thread title.
Join an active Arrse Torn faction? Visit this page. www.torn.com/1954662​
Emsdorf and victory!

Book Reviewer
Tried and tried...thread title amended but poll question resisting stubbornly...got a good line to Div HQ ?
'The really important fact about the English intelligentsia is their severance from the common culture of the country' George Orwell


"To argue with a man who has renounced the use of reason, whose philosophy consists in holding humanity in contempt, is like administering medicine to the dead”

Did the two bombs on Japan in 1945 prevent WWIII?

Can Anyone Recommend a Book; WW2 - Japan - Kwangtung Army