It's a shame we aren't protesting about the rises in living costs like in Paris...

Grim_Squeaker85 said:
Since this is in the serious bit.... maybe we need a clean up on aisle 6?

You allow blantant nonense to be posted, say FA about it , then get all Kenneth Williams on me for pointing the nonsense out via a regional vernacualr
NS123

I love a bit of Anarchy to be honest, saw my first real bit of it aged 16 when the Anti National Front Riots kicked off a mile or so from where i lived in Lewisham.

This coincided with my first Leave from the Army, and being unleased back into society after an intense and hectic couple of months of full on beasting was 'Inspiring'..........so I joined up with my sarf Lunden hoodlum civvy mates for a bit of chaotic 'fun'.

Even then i realised that the the shops, cars and buildings getting damaged and torched belonged to people like my family - not to those who were instigating or causing the havoc, and that *young fit, strong and angry - often stupid, people, commanded by hateful old to55ers, would prey on the weak and old if a genuine state of Anarchy ever existed .

Fairly one sided view of reportage. One of my platoon managed to make the front page of the Evening Standard during the Brixton Riots later on. Not a photogenic chap by any means.
In the forest the wolf lives for 3 years, the donkey for 9.

Ho2331 said:
However, quite a few coppers in France agree with the protestors.
Click to expand...

However, whether they agree or disagree is irrelevant.
In the forest the wolf lives for 3 years, the donkey for 9.

captaincalamity said:
However, whether they agree or disagree is irrelevant.
Click to expand...

Obviously.
SpecOps1989. Proving yet again to be more Special Brew than Spec Ops!

lokiuk said:
Can I be the first one to say Brexit
Click to expand... 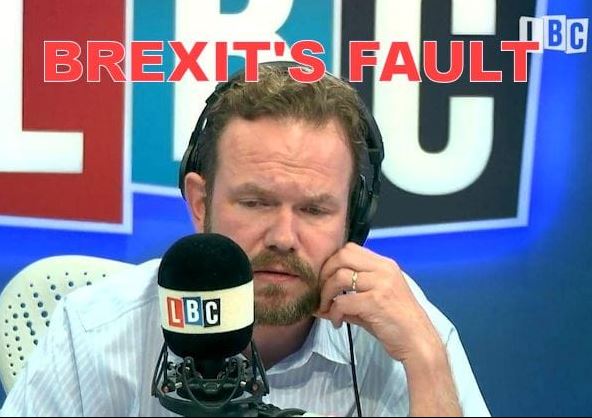 Interesting video on YouTube "French riots? Here's the reality MSM will not show you... ".The effects outside of Paris - very peaceful, empty roads, support from general population, including gendarmes. Really quite civilised, but very effective.

Nato Standard123 said:
For you Chuggyfeckwit

Hang on …. That's practically all of us on here .
Overactively underachieving for almost half a century.

As this is CA , I cannot post the link, but the Daily Mail is reporting that the police unions are saying they might join the protest! Due to cut backs and nonpayment of overtime.

These youngsters are taking onboard the militant tactics from across the channel.

velcrostripes said:
Hang on …. That's practically all of us on here .
Click to expand...

Yep, look around you in any work place , group of people and deffo any Army unit and you can tick the list off one by one... I even recognise some many a few of the symptoms in myself - and that's why a feel free to call others Aspie tw@ts in an Ironic but humoerous way

The best thing is that many posters on here show the signs, but not the awareness or humilty, to identify their own place on the spectrum
NS123

Now the French police are going to close police stations today as a protest, that will really discourage Antifa from rioting, that will learn them

French police are being urged close police stations on Wednesday as part of a protest over pay and conditions - including a demand to be paid the 23 million hours of overtime they are owed - as the government scrambles to quell growing unrest among the country's forces of law and order.

After the yellow vests, it's now the turn of the blue vests (gilets bleus) to show their anger as French police unions are calling on officers to picket France's police stations on Wednesday and only answer emergency calls as they fight for better working conditions and pay.
Click to expand...

And remember if any other member of your family should die of Coronavirus whilst in your house put them outside, but remember to tag them first for identification purposes
R

Well the French don’t seem to have needed any disagreements about referendums to get out onto the streets and raise hell. Just seem to be pissed of about the general running of the country.

May not all be sweetness and light over here, but would seem that on the whole, apart from the usual minority of dysfunctional malcontents present in any group of people, our society appears to be working reasonably well.

All the protestors gone home for Christmas?
Older,but no wiser.

Plod seem to have a bit of backbone over there mind

lokiuk said:
Doesn't look like it, mob rule it seems

Plod seem to have a bit of backbone over there mind

Was that guy attacking them with a Christmas tree? Very seasonal!
Older,but no wiser.