Israel has a right to annex at least some, but “unlikely all,” of the West Bank, the United States ambassador, David M. Friedman, said in an interview, opening the door to American acceptance of what would be an enormously provocative act.

Prime Minister Benjamin Netanyahu has promised to begin annexing Jewish settlements in the West Bank, a move that would violate international law and could be a fatal blow to a two-state solution to the Israeli-Palestinian conflict.

“Under certain circumstances,” Mr. Friedman said, “I think Israel has the right to retain some, but unlikely all, of the West Bank.”
Click to expand...

It looks as Israel plans to create 'bantustans' in Palestine with Washington's approval.
@TheIronDuke: Russian or any other trolls tend to be dealt with using weapons Russia can never hope to deploy.
Humour Irony Intelligence Knowlege

I find the following article informative. It looks as political changes in the USA undermines positions of pro-Israeli lobby in Washington. 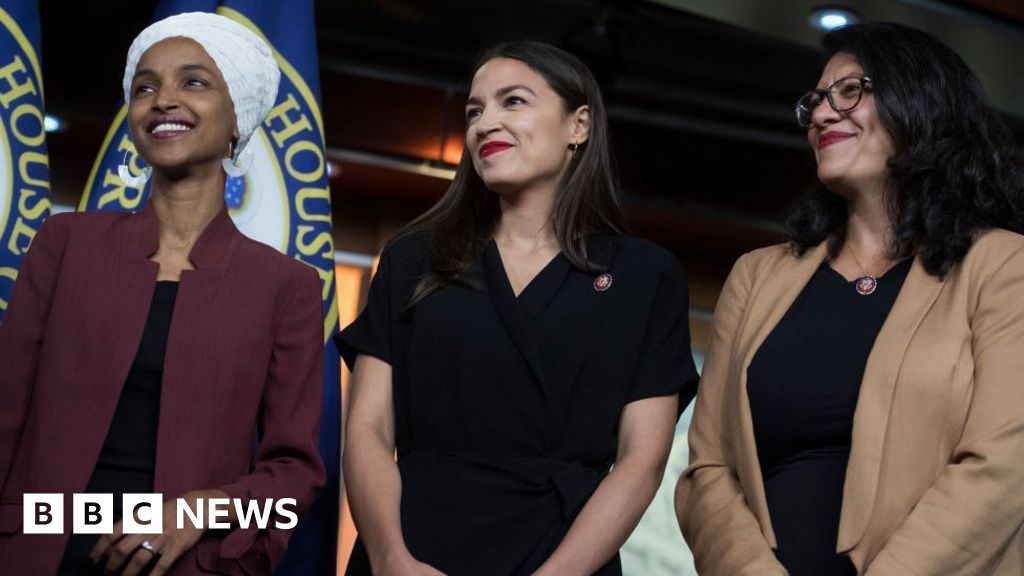 Israel-Gaza: The Democrats' 'tectonic' shift on the conflict

President Joe Biden has found himself out of step with parts of the Democratic base.
www.bbc.com

While President Joe Biden has expressed a more traditional view, repeatedly emphasising that Israel has the right to defend itself against Hamas rocket attacks, he's finding himself out of step in a party that is now at least as concerned with the conditions on the ground for the Palestinians in Gaza and the West Bank - and Israeli policies viewed as contributing to their plight.
Click to expand...

As the US Congress has become an increasingly diverse body, however, that has had some serious consequences for US policy toward Israel. In 2021, a record 23% of members of the House and Senate were people of black, Hispanic, Asian/Pacific Islander or Native American heritage, according to a Pew Foundation study.
Two decades earlier, that number was 11%. In 1945, it was 1%.
Click to expand...

Indeed, ethnical changes in US legislative bodies are significant.

The influential group of young liberal congresswomen, known informally as "The Squad", includes Palestinian-American Rashida Tlaib of Michigan and Somalian refugee Ilhan Omar of Minnesota, for instance.
Click to expand...

Hardly they will be on Israeli side in the ME conflict. And it should be noted that old friends of Israel in the Congress has to go away.

The most prominent member of this group, Alexandria Ocasio-Cortez of New York, won her congressional seat by ousting a senior member of the Democratic congressional leadership, Joe Crowley, who consistently sided with Israel in past conflicts in the occupied territories.
Click to expand...

Israel has got other critics in Washington, sometimes quite unexpected ones, Bernie Sanders for example.

Early in his career, Sanders - who was raised Jewish and spent time in Israel in the 1960s - was generally sympathetic toward Israel's policies. By the time he first ran for president in 2016, however, he was expressing more support for Palestinian concerns - a view that set him apart from the rest of the Democratic field.
Click to expand...

During at least 2 last decades any critical word towards Israel would mean a political suicide for
American politician but now the situation is quite different.

In a primary debate with Hillary Clinton, held during a March 2016 outbreak of Hamas rocket attacks on Israel, Sanders spoke directly about the plight of Palestinians - their high unemployment, "decimated houses, decimated healthcare, decimated schools".
Click to expand...

Since then, Sanders has hardened his condemnations of Israeli Prime Minister Benjamin Netanyahu, whom he called a "desperate, racist authoritarian".
Click to expand...

Sanders is noting what has become obvious during clashes between Israel forces and Palestinians over the past two weeks. Americans who found their political voice during last summer's activism in US cities are now turning their focus, and their rhetoric, on what they see as similar unchecked oppression in the Middle East.
Click to expand...

"St Louis sent me here to save lives," Congresswoman Cori Bush of St Louis - who unseated a long-time Democratic politician in a primary last year - said on the floor of the House on Thursday.
Click to expand...

"That means we oppose our money going to fund militarised policing, occupation and systems of violent oppression and trauma. We are anti-war, we are anti-occupation, and we are anti-apartheid. Period."
Click to expand...

That has translated into growing calls to cut off US military aid to Israel - or at least use the threat of doing so to pressure Netanyahu to move away from his aggressive policies in the occupied territories.
The "defund the police" slogan now has a foreign policy companion: "defund the Israeli military".
Click to expand...

For Israel financial, military and diplomatic support from the USA is critically important.
Yes, pres.Biden (as an experienced politician) still favours Israel but tectonic changes in American political landscape are too obvious to ignore them.
@TheIronDuke: Russian or any other trolls tend to be dealt with using weapons Russia can never hope to deploy.
Humour Irony Intelligence Knowlege

Nasrallah of Hezbollah on the way out? Pres.Trump recognized Jerusalem as a capital of Israel

US Senator Backs B-1 Bombers for Israel
2