Is this Parachute Regiment Army boxer for real?

No, this is him. This is walting in style. 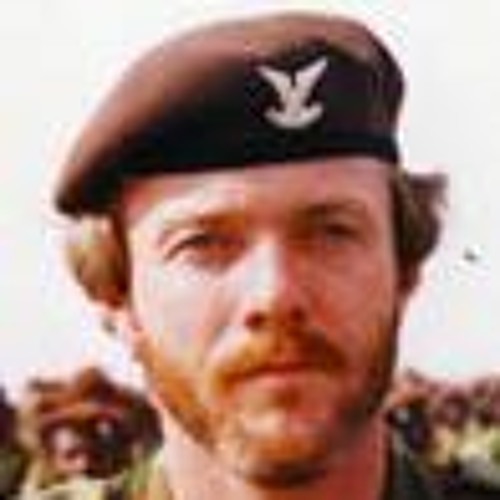 You had your own Tornado pilot??
Bravo Bravo sets himself a depressingly low standard which he consistently fails to achieve.

CatsEyes said:
The only thing Paras need to spell is "P Coy", because they're always banging on about it.
Click to expand...

Difference between a C130 Herc and a hedgehog?

Ortholith said:
If he was still alive at the end it wasn't really Sean Bean.
Click to expand...

PetroHead said:
Well women are strange creatures.
I remember when Facebook first arrived.
I started getting 'Friend' requests from a few girls who I'd known at school, but they had certainly considered me as unworthy.
All a bit suspicious at first.

I met up with one and she was unbelievably keen.
We got on ok chatting, as I would do any other woman.
But it just felt so odd when I said her name to myself.

I had two different feelings when I was with her:
One was just that she was just any other woman as normal. Nothing special. Which was true.
But another part was that she had the name of a girl who had seemed so removed from me.

Just weird how she had changed her attitude so much.
Click to expand...

ExREME.TECH said:
@Tyk why the dumb?
Click to expand...

I hadn't even seen this thread, nor have I reacted to any posts, not sure what you're on about, either link it please or maybe sober up
NULL

Tyk said:
I hadn't even seen this thread, nor have I reacted to any posts, not sure what you're on about, either link it please or maybe sober up
Click to expand...

Bob65 said:
He started this walting business fairly recently, in the last few months, not specifically or even primarily to impress her, but both of them have been single for a while now, and I know via SWMBO that her friend has a thing for the RAF (for some reason!) so this could have been a perfect fairytale ending. Nothing wrong with a bit of role play in the bedroom, he could be Maverick and she could be Iceman?
Click to expand...

Can we have a few more details about having “a thing for the RAF”? Not asking for a friend.
I'm not a drunk, I am by nature a loud, friendly and clumsy person.

I am not an alcoholic, alcoholics go to meetings.
F

ExREME.TECH said:
Difference between a C130 Herc and a hedgehog?


A hedgehog has the pricks on the outside
Click to expand...

well, they'll be quivering at your rapier-like wit from their 5*+ hotel.

This thread reeks of millinery inadequacy.

Changed that just in time didn't you

TamtamPWRR said:
Everyone knows that both the Waffen SS and the Parachute Regiment fight au naturelle, look at Arnhem.
Click to expand...

Bacongrills said:
Changed that just in time didn't you
Click to expand...

A big thrust deep into Holland.
Look at the size of my Horrocks.
Abide with me (and ride me like a bucking Valkyrie).
The Oath you took to serve your Country as a soldier did not include a contract for the luxuries of everyday society. On the contrary it implied hardship, loyalty, sacrifice and devotion to duty, regardless of rank. So either lead, follow or get out of the fcuking way.