AlienFTM said:
As I recalled a few weeks ago on the Regiment group. I dug out my fitted wardrobe to lay new carpet. I found my regimental belt, unworn since 4 July 82 for the presentation of a new guidon by the Colonel in Chief, HRH Princess Margaret, before I transferred out a few weeks later.

Of course I tried it on. Surprised to find I could fasten it after seven years commanding desks in the Rape and Pillage Company and 26 years in Ziviliststraße

Arthur Wellesley's first and hardest battle was at Assaye. The infantry struggled until 19th Light Dragoons saved the day and took the battle honour. Thereafter,

"His Majesty has in consequence thereof been most graciously pleased to approve of the 'Elephant' being used in colours and appointments of the 19th Light dragoons with the word 'Assaye' superscribed."

19th subsequently suffered disbanding in yet another round of cuts, but when 19H were reraised, they took the honours of their precursors. On amalgamation with 15H in 1922, Assaye was adopted as the second regimental day of 15/19H after Sahagùn (15H, 21 Dec 1808 ).

After Options, the elephant with Assaye supervised is worn by Light Dragoons on the pouch on the shoulder belt.
Click to expand...

Thanks Alien. Much appreciated. I remember wearing a white shoulder belt with a faux pouch when doing Orderly Cpl. Oh, and carrying a small horse whip as a swagger stick. Very bizarre for a 19 year old REME Cpl who hadn't been with the regt very long.

Tartan_Terrier said:
Might not actually be the bloke in the photo, but someone else using his photo as their profile photo. Quite common practice by scammers on dating sites, I believe.
Click to expand...

Then this bloke turned up in his place? 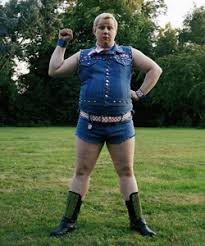 Utter bollocks.
Richard Sharpe did.
It is well chronicled.

You have no idea how many times I've heard that rowlocks.
Join an active Arrse Torn faction? Visit this page. www.torn.com/1954662
Hobo Wars? https://www.hobowars.com/in.php?player=2856238

Book Reviewer
I don't think he can be kosher as

Land animals must have cloven (split) hooves and must chew the cud, meaning that they must eat grass.
Click to expand...

Seafood must have fins and scales. ...

It is forbidden to eat birds of prey. ...
Click to expand...

Google is your friend, and so is the arrse search function.
S

Tartan_Terrier said:
Might not actually be the bloke in the photo, but someone else using his photo as their profile photo. Quite common practice by scammers on dating sites, I believe.
Click to expand...

I think you've called it TT - he's just got back to me, claiming to be a SPAM, "...but currently in Yemen, until I return to Brooklyn NY at the end of the year..."

He's probably about as American as Adolf Hitler's left bollock, so I'd best dob him in to the site admins.

Thanks again to everyone for the assistance.

Is the pay office staffed by crack addicts?
2 3 4

Whats all this Stealth Camping lark?
4 5 6