Is it time for the Brits to ditch the monarchy?

Bugsy unites the Remainers and Brexiteers!!

Helm said:
Imagine that Bugsy posts bollocks. Yet another attempt to inflict his doggerel on an uncaring world.
Click to expand...

He craves the attention.
Because his dad raped him repeatedly as a child.
I've only ever been wrong once and thats when I thought I was wrong but I was mistaken.

This is the trouble with winter. It gets dark earlier and the pigeons abandon the town centre, depriving Pants O'Flame the chance to yell incoherently at them for another few hours.

So we get him instead.
Probably off my tits on prescription drugs. Treat what passes my lips with extreme prejudice.

stacker1 said:
We could go for the same type of rulers socialist countries have.
Click to expand...

God, don't even go there.

Hollande
Berlusconi
Merkle
Chavez
Fernandez
Castro
And of course any 'President for Life' in some African or Middle Eastern Hell Hole.
I wear dark glasses so the coppers cant see my brain - Ian Brady, Child Murderer

Proud to be an uneducated, racist, right wing moron.

Moderator
Book Reviewer
Is there book on how long till this is holed yet? @Sixty there's a bottle of vintage meths in it for you if it's in 15 minutes and 20 seconds
NULL

No way, the turd's not that useful.
You may be over the line with swearing in your post. Access may be limited accordingly. If you've earned points already, tough. Besides this,carry on.

No, Pi$$ off
They shall mount up with wings as eagles.

Drivers_lag said:
How do snowplough drivers get to work?
Click to expand...

What, sack the Boss and give idiots and Trots even more room ? If the monarchy doesn't do much good, it doesn't any harm and it doesn't actually use its powers very often. But it cuts down on corruption and it's cohesive. It's also popular and wanted by most Britons, and it's been going since the Heptarchy and the Conqueror. Nobody likes, trusts or believes politicians or politics. And besides, getting rid of the monarchy just isn’t worth the effort and we wouldn't get to see those w@nkers all forced on their knees to kiss the Queen's hand.

DaManBugs said:
It’s now the 21st Century, yet the UK still hangs on to an antiquated system going back centuries.
Click to expand...

Last Irish King was around the 13th Century and that went well, And while Betty was on the throne the Brits gave Ireland a couple of bob to prevent a cash famine. Thank goodness there's some good ol' Irish folks around to negate the bitter buggers.
NULL

shibusa2 said:
Didn't the British get rid of the monarchy a few centuries ago? If I remember correctly they didn't like it and brought the king back again.
Click to expand...

I'm surprised Bugsy hasn't thought of this. I believe the leadership of those days is still considered slightly unfavourably by those if his ilk.
P

He has penis tenure.

Is that the same as "erectile disfunction".

Drivers_lag said:
How do snowplough drivers get to work?
Click to expand...

They go in their car. I did it for about 3 years, that's how I got in. Excellent question.
Success consists of going from failure to failure without loss of enthusiasm.
Winston Churchill.

just seen this thread, I prefer the likes of the Queen over the system the Irish prefer ie rotten politicians and prime ministers like Charlie Haughey Albert Reynolds and such,
out and out crooks, so don't preach to us bogwog.
Can Ireland support its citizens yet or do they still farm them out to countries with decent economies?
yeh yeh yeh, I know my spelling and typing is shyte.
I

I hope he's not been buying fireworks. 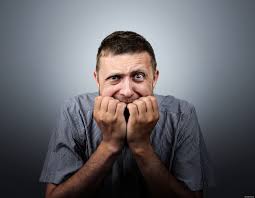 OP, No. We 'd still need a head of state and I'm sure Her Majesty is way better value than spunking a load of cash electing another slimy politician, the spending just as much as the monarchy on the presidency, and having half the nation disappointed each time because their candidate lost.

Far better to have someone who hasn't had to lie their way up a greasy pole to get there, and works to unite the nation out of a sense of unity. Our way separates the ceremonial aspects of head of state and places it above the scum of politics.
Even duct tape can't fix stupid, but it can muffle the screams.

ordinaryforces said:
just seen this thread, I prefer the likes of the Queen over the system the Irish prefer ie rotten politicians and prime ministers like Charlie Haughey Albert Reynolds and such,
out and out crooks, so don't preach to us bogwog.
Can Ireland support its citizens yet or do they still farm them out to countries with decent economies?
Click to expand...

Unfortunately, what you have (in the UK) is the likes of Aunt Betty plus rotten politicians and a thoroughly corrupt political system. Just like we have in Ireland (without Aunt Betty).

In fact, Aunt Betty and all her parasites are an integral part of the corrupt system. Not twigged yet?

Drugsy's probably not happy because our HM is quite diminutive yet stands head and shoulders over the leprechaun the paddies voted in as President. Quite funny when he meets the rugby teams and the ball boys tower over him.
Quite illuminating to see the wiki entry on corruption among Irish politicians. Not that drugsy will ever know as he's happy enough living in a country with a monarchy providing they dish out the benefits and free methadone every week.
I may be 70 but I still have the stamina, physical prowess and mental agility of a 69 year old.
You must log in or register to reply here.