Maalox said:
One of the strangest verses in the Pentateuch is the last prophecy of Balaam:

Once the pubs are open, can we go out drinking together? You're a liability but I bet it'd be hilarious.

I'll save you. I promise.

Maalox said:
One of the strangest verses in the Pentateuch is the last prophecy of Balaam:

Good that all religious scriptures are just stuff written by other people and therefore can never be a reason for such concerns.

A worrying development, or the straw that will break the camel's back and trigger another revolution to install a more moderate regime?

'A new saying is making the rounds in Iran: power is being sucked away from heads to toes, which is to say, from men who wear turbans to men who wear boots. Iran’s new parliament furnishes the most recent evidence. Its speaker, Mohammad Bagher Ghalibaf, is a former brigadier general of the Islamic Revolutionary Guard Corps. Two-thirds of the parliament’s presiding board are either former members or still affiliated with the IRGC and its auxiliary organizations. Many in Iran and in the United States have long foreseen an IRGC takeover of the Iranian government; the next step toward that outcome would be for a candidate affiliated with the IRGC to be elected president in 2021.' 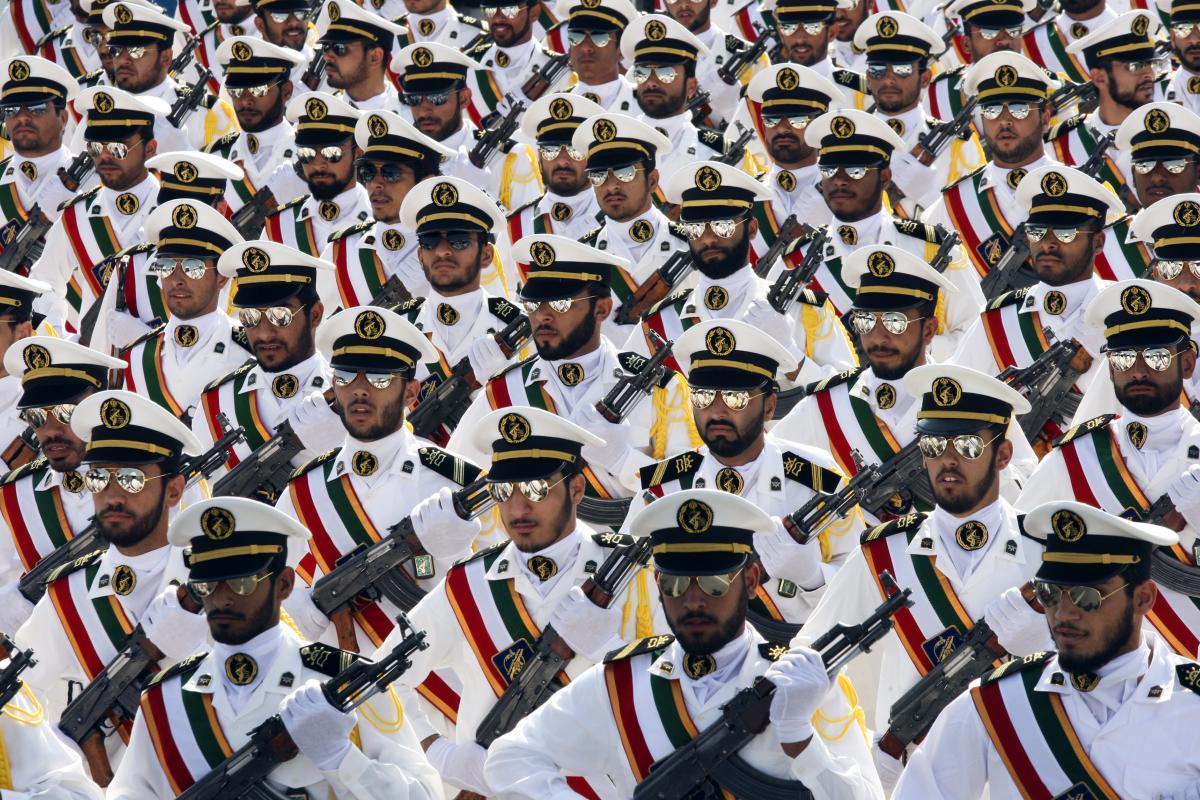 The Revolutionary Guards Are Poised to Take Over Iran

But does the paramilitary force have what it takes to govern?

www.foreignaffairs.com
Last edited: 19 Dec 2020
“Do not go gentle into that good night. Rage, rage against the dying of the light.” - Dylan Thomas
"Those who can make you believe absurdities can make you commit atrocities." - Voltaire
“Nobody's slave, nobody's tyrant." - Generallöjtnant Jakob Albrekt von Lantingshausen

Well in a not so subtle message , the USS Georgia (SSGN-) cruise missile attack sub has surfaced lol 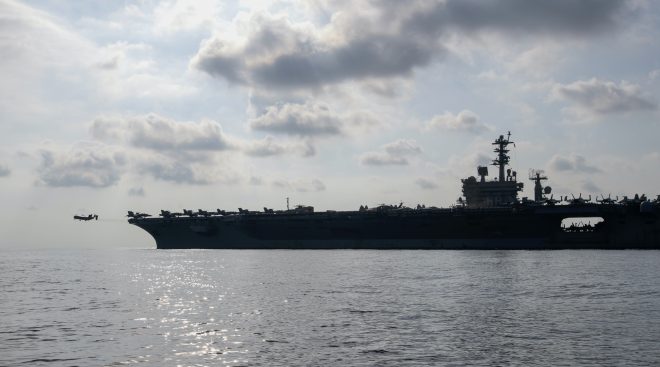 The U.S. has moved an aircraft carrier and an Amphibious Ready Group embarked with Marines off the coast of Somalia as U.S. Africa Command has begun repositioning troops from Somalia, USNI News has learned. As of Monday, USS Nimitz (CVN-68), its escorts and the three-ship Makin Island ARG with... 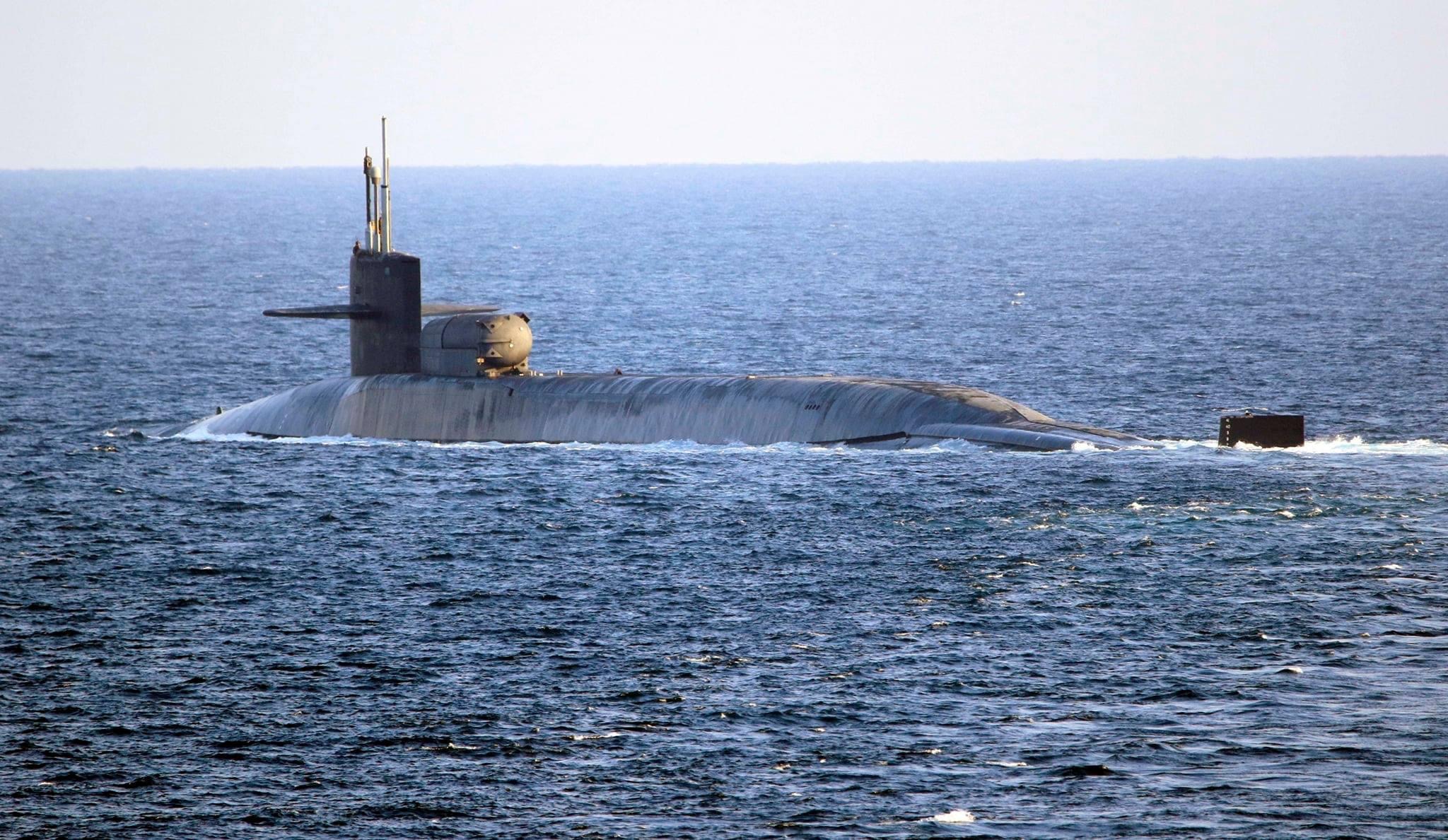 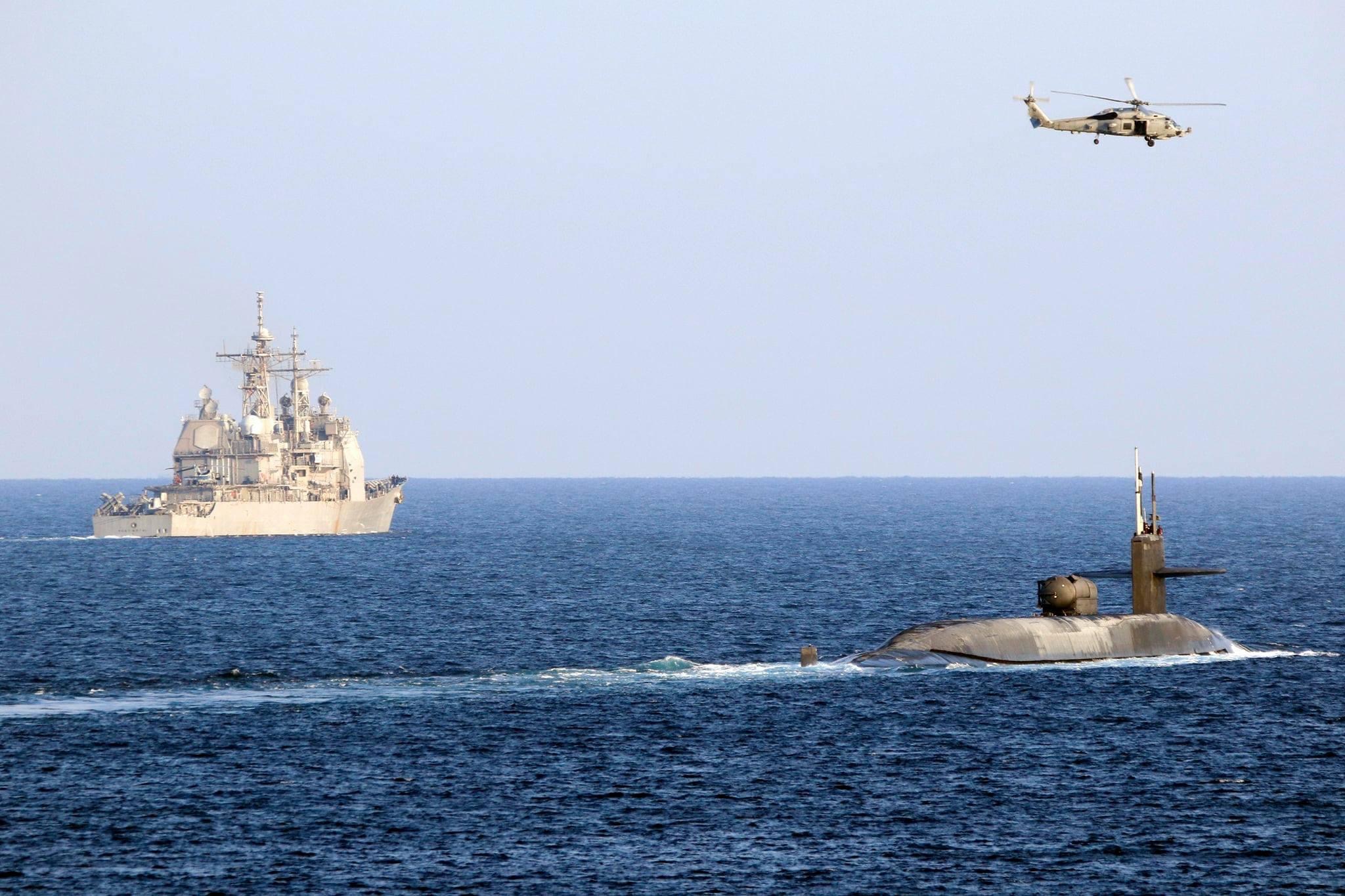 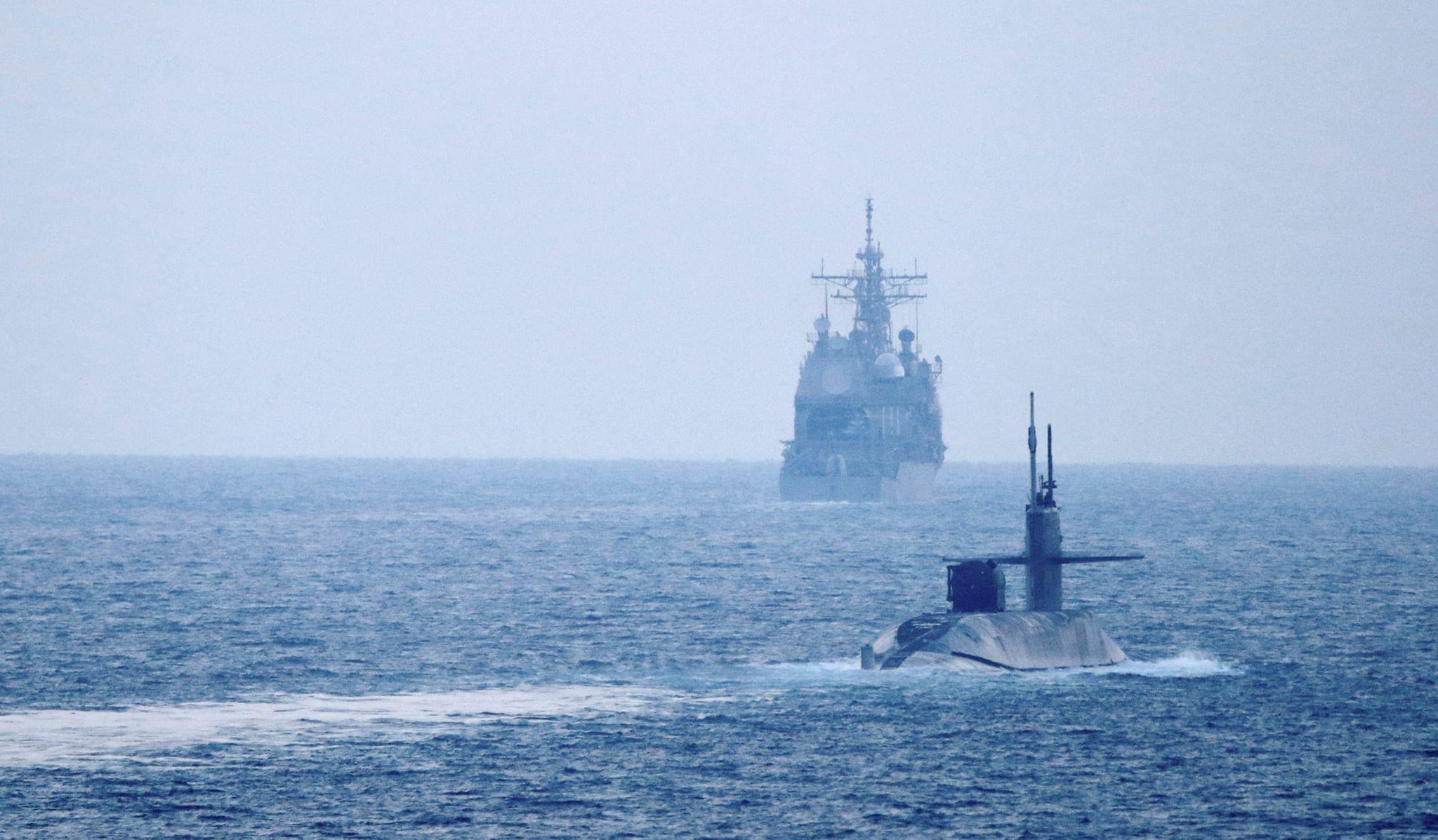 and of course SEAL chamber Atop


Posted from the ARRSE Mobile app (iOS or Android)
Click to expand...

Everywhere you go in the world you are called an Englander! Only during WW 2 were Tommies called Britishers. 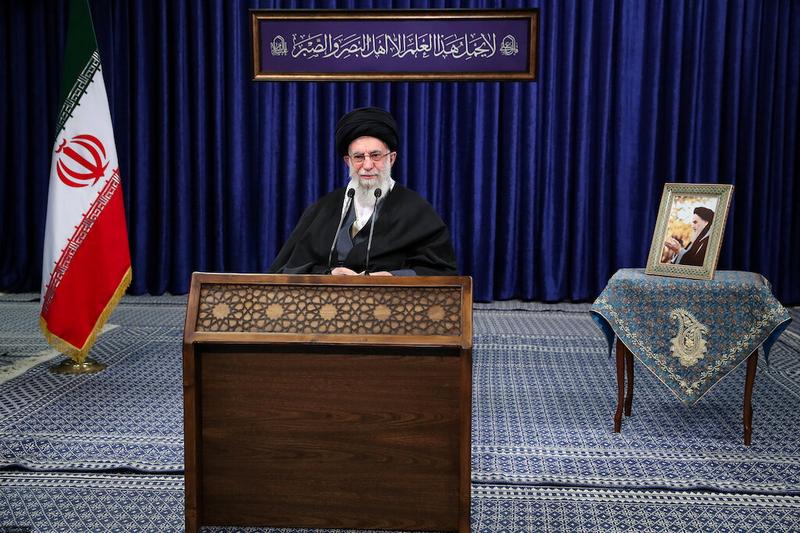 Mossad might be getting a period of block leave soon-ish...
Read what thread?

From what I've read, the real issue is that American sanctions against Iran have made it impossible for them to get the cash to US or European suppliers to pay for vaccine. That includes buying through COVAX (vaccine buying plan run by the WHO). The US has nominally lifted sanctions on Iran transferring money to Swiss banks for the purposes of buying vaccine, but left other sanctions in place so the Iranians can't get enough foreign currency in the form of hard cash together from sources acceptable to the Americans to make that transfer. They had been hoping to use cash from gas sales to Iraq, but the Iraqis haven't been paying their bills on time so there's a snag there.

The Iranians will apparently be making their own vaccine, which is in trials now, and they have a deal with Cuba, who also have a vaccine candidate coming up soon. Both Iran and Cuba have made vaccines for a long time, for over a century in Iran's case. These will probably be fairly conventional vaccines.

They can also probably buy vaccine from India, who have a license for the Oxford vaccine. India are the world's biggest vaccine manufacturer and are expected to supply much of the COVID-19 demand from the third world, mainly using the Oxford vaccine.

I suspect the Iranian announcement is intended as a face saving gesture instead of admitting that the American sanctions are having an effect on something that is a national priority.
NULL

What side is responsible for the new Cold war?