184461 said:
Dehumanisation and conditioning works wonders.
It's going to be pretty hard chucking a bayonet in someone or dropping a JDAM on wedding party 'terrorists'
from 30K over Afghan (from the comfort of your A/C'd room in NV) without it.

I woke up to all the lies and deception back in 2005 after 2yrs in Iraq.
I actually used to think like many on here... Dehumanisation of target audience works well.

It goes to show why impressionable young adults are always the target-market.
It's not just fitness and injury-free.
They're naive and have no idea but they will do as they're told for 5yrs.
Once they grow up they start realising what's actually going on with all these deployments popping up based on lies and no-evidence...and then penny finally drops.

Then you sign off, then you get replaced by you mkii and the same game continues.

The penny still hasn't dropped for far too many of you judging by a lot of the posts.
Click to expand...

2 years working for Wagner group?
"You are a Racist and a Xenophobe" KGB Resident. (Professional liar and apologist for mass murder.)
1

Yeah 'cos the Russians got loads of security contracts after the US/UK/Aus invasion.... Tit.

Looking around, at the still aghast international community, who are still amazed by the stupidity of the stunt the US have just pulled...The US may well find themselves well out of favour with every proper country out there.
Stupid divs.

WAR IS PEACE
FREEDOM IS SLAVERY
IGNORANCE IS STRENGTH
R

184461 said:
Looking around, at the still aghast international community, who are still amazed by the stupidity of the stunt the US have just pulled...The US may well find themselves well out of favour with every proper country out there.
Stupid divs.
Click to expand...

What a complete load of utter crap. The US action in terminating Soleimani may well have just begun a clean up of a poisonous and toxic situation that has long needed some decisive action.

It appears that Trumps action in confronting Iran’s adventures in proxy terrorism and taking out the Qud’s leader may just have given a bit of spine to the European countries who have been meekly ignoring Iran’s continuing flouting of previous nuclear agreements.
The Iran nuclear deal is on the brink of collapse as Britain, France, and Germany trigger a dispute mechanism to directly confront Iran

Obama’s release of billions of dollars to Iran emboldened them, and pumped funds into their defiance and funding of proxy terrorism in the ME. 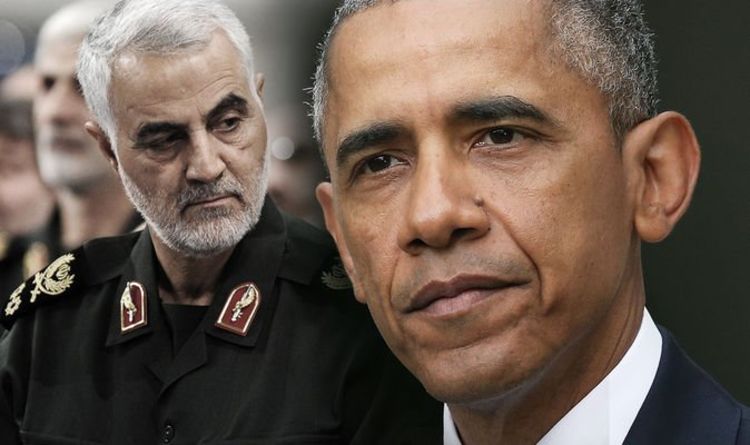 As part of the deal Obama released about 140 billion dollars to Iran. How much of that went to improving conditions for its citizen. Judging by their recent protest, not much it seems. Speeding up their nuclear weapons program, and money for their terrorist proxies abroad a more likely scenario.

The present regime have since the 1979 revolution done little to improve conditions inside the country, and much to try and extend its influence, unfortunately in a malign way, through asymmetric terrorist activities, and proxies. That they can cause trouble is demonstrated all around the region. Their blatent attempts to conceal the full extent of their involvement in the shooting down of the Ukrainian aircraft departing Tehran, simply further demonstration of the ayatollahs lying cheating and double dealing ways.

Perhaps now a dangerous regime might just be curbed, and together with an increasingly pissed off population at their antics, try to perhaps rejoin a world that would just like to settle down and get on with each other a bit better.
Last edited: Wednesday at 12:52
You must log in or register to reply here.