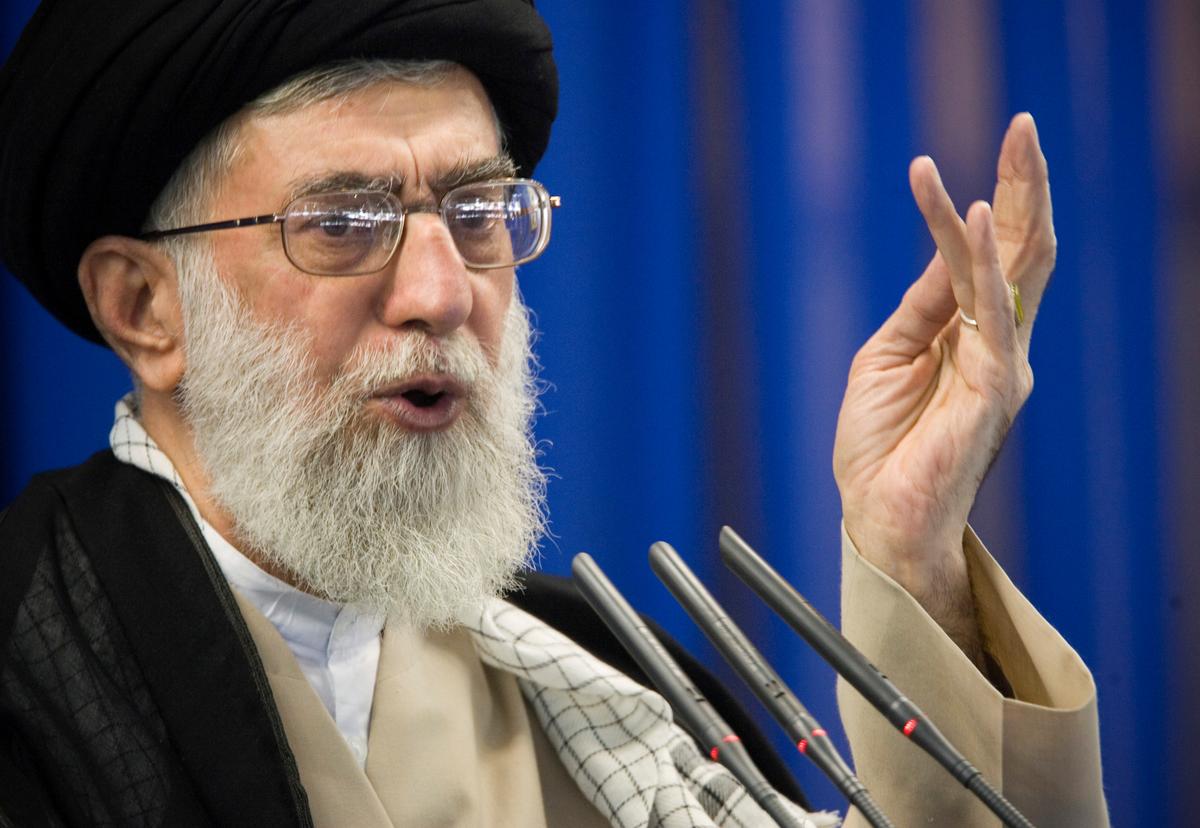 uk.reuters.com
Ostensibly about a fuel price hike, the protests in Iran have turned political and now the leader of the opposition is saying Khamenei is comparable to the Shah, mentioning a 1978 massacre which led to the Shah's leaving and Khomeini becoming 'supreme leader' in 1979:

Mousavi’s comments about Khamenei, the highest authority in the Islamic Republic, were posted in a statement on the opposition Kaleme website. He made a reference to an infamous 1978 massacre which rallied public support and led to the toppling of Shah Mohammad Reza Pahlavi.

He called on the government to “pay attention to the repercussions of the Jaleh square killings” of 1978.
Click to expand...

No official figures have been released but AI put it at 161 which is disputed by the regime:

Iran has given no official death toll, but Amnesty International has said that at least 161 people have been killed. Tehran has rejected this figure.
Click to expand...

Khamenei describes the protests and violence as a 'very dangerous conspiracy' blaming 'thugs' linked to the 'usual suspects' eg the US, Israel and Saudi Arabia:

Khamenei has described the violence as the work of a “very dangerous conspiracy”. The Tehran government has blamed “thugs” linked to its opponents in exile and the country’s main foreign foes, namely the United States, Israel and Saudi Arabia.
Click to expand... 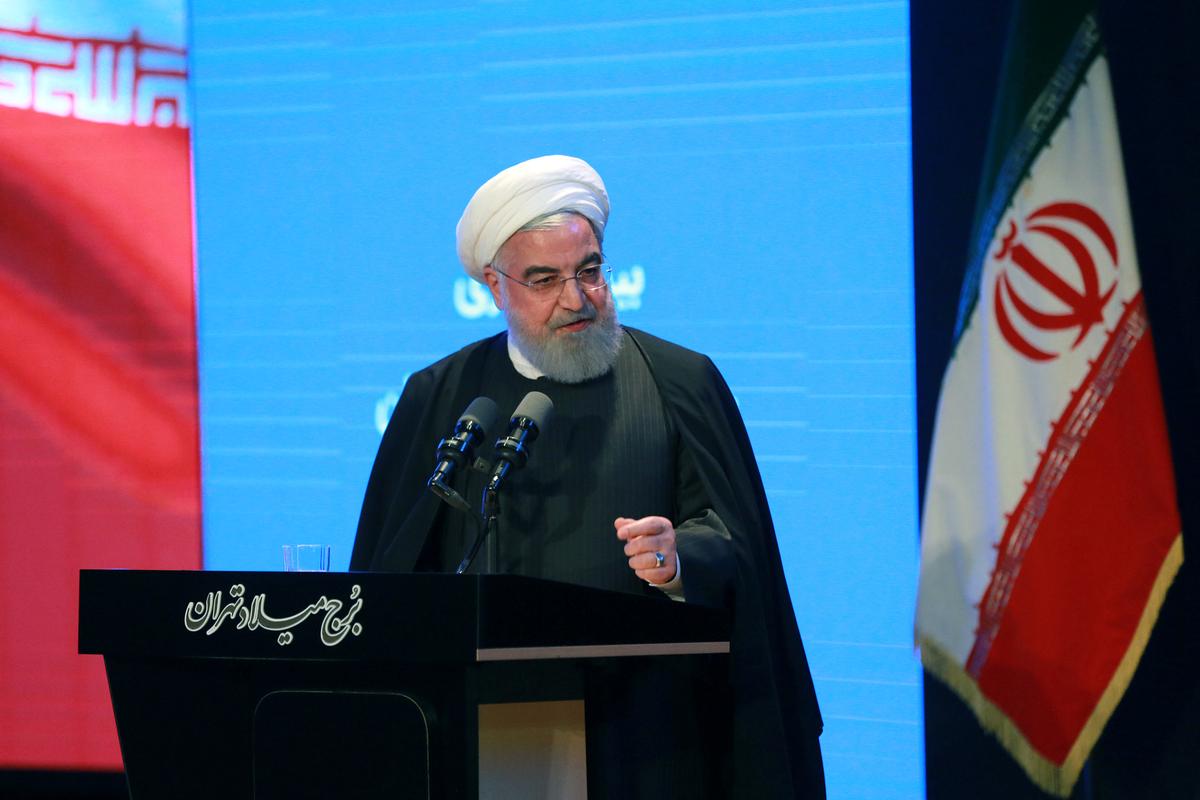 Iranian President Hassan Rouhani called on Wednesday for the release of any unar...

uk.reuters.com
Exemplifies the differences imo. Rouhani is asking for any unarmed protesters in the fuel hike demo's to be released. You'd have thought a President would have that kind of power. However, in Iran.........:

“Religious and Islamic clemency should be shown and those innocent people who protested against petrol price hikes and were not armed ... should be released,” Rouhani said in a televised speech.
Click to expand...

Salami CIC of the IRGC (the real 'power behind the throne') is again suggesting this is outside influencers of US, Israel and KSA:

Iran’s clerical rulers have blamed “thugs” linked to its opponents in exile and the country’s main foreign foes - the United States, Israel and Saudi Arabia.

“The aim of our enemies was to endanger the existence of the Islamic republic by igniting riots in Iran ... But America and the Zionist regime (Israel) lack political wisdom about Iran and Iranians,” said chief commander of Iran’s elite Revolutionary Guards Hossein Salami in a televised speech.
Click to expand...

Allegedly 208 protesters killed and 7,000 arrested, albeit both figures are disputed ie the regime have given no official death toll and an allegation of 7,000 arrests by a 'law maker' (MP) has been rejected by the judiciary:

Tehran has given no official death toll, but Amnesty International said on Monday it had documented the deaths of at least 208 protesters, making the disturbances the bloodiest since the 1979 uprising that swept Shi’ite clerics to power.

A lawmaker said last week that about 7,000 protesters had been arrested. The judiciary has rejected the figures.
Click to expand...

The Intelligence Ministry said last week that at least eight people linked to the U.S. Central Intelligence Agency (CIA) had been arrested during the unrest, which was snuffed out last week by a security crackdown.
Click to expand...

Obviously Rouhani wants the sanctions lifted before discussions. The US say that the ballistic missile programme, nuclear work and proxy wars should end before the sanctions are lifted:

“If America lifts the sanctions, we are ready to talk and negotiate, even at the level of heads of the 5+1 countries (major powers),” Rouhani said.
----------
Washington has ruled out lifting sanctions unless Iran further curbs its nuclear work, ends its ballistic missile programme and its regional proxy wars.
Click to expand...

This is leading up to a serious Iranian provocation, possibly involving Israel and or the USA.

And the US reacts.

Been a bit more reaction to Iranian proxies.

The strikes, occurred roughly 48 hours after the rocket attack that killed an American, targeted Kataib Hezbollah. A terrorist group directly supported by Iran and Quds Force and who have a long history of fighting U.S. forces in the region.

Five locations in Iraq and Syria on Sunday identified as multiple weapons and munitions depots linked to Iran were hit. The three Kataib locations in Iraq, and two in Syria included weapon storage facilities and command and control locations that the group uses “to plan and execute attacks on OIR coalition forces.

According to a statement from the Popular Mobilisation Units, a Tehran-backed Shiite militia also known as the Hashd al-Shaabi, at least 19 people were killed in the airstrikes. 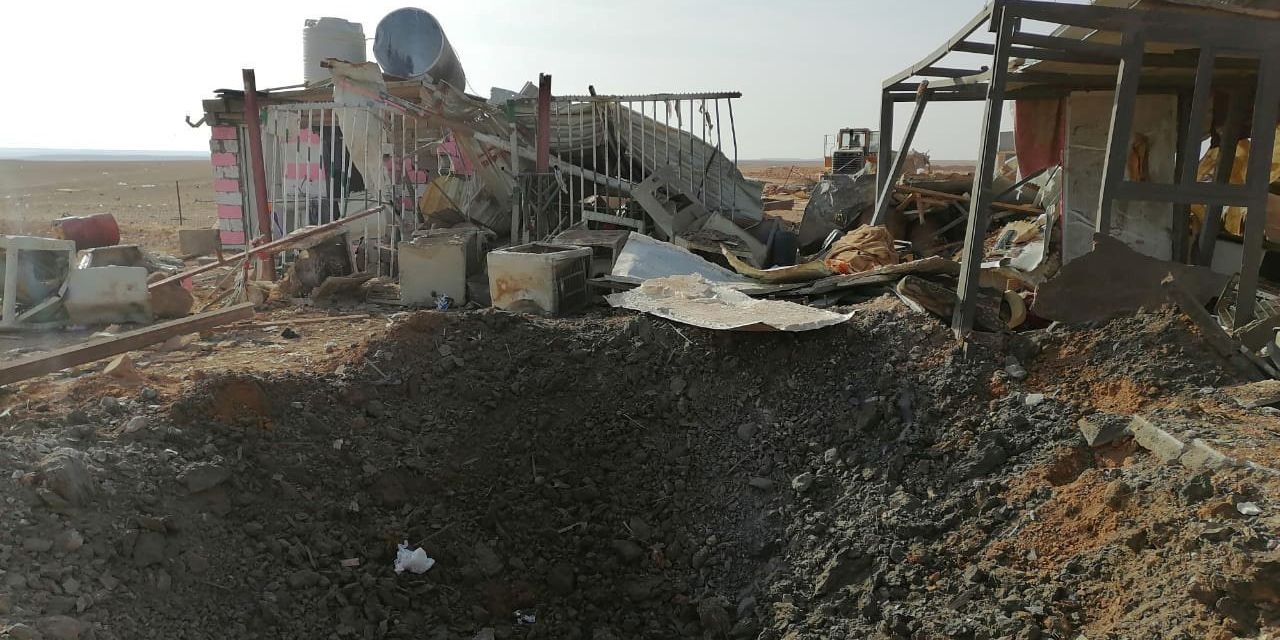 The U.S. said it carried out airstrikes against an Iranian-backed Shiite militia group in Iraq and Syria it said had targeted American forces.

RoyalGreenJacket said:
Yesterday we had women being allowed to join the Army in Saudi Arabia, now we have women in Iran allowed to watch football (segregated from men - obviously): 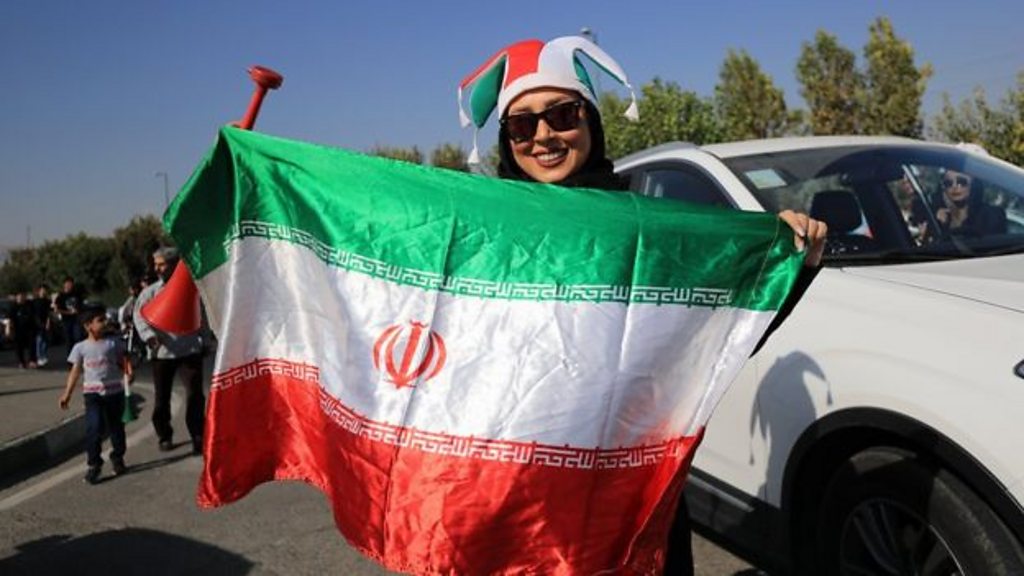 That fact that an Iranian woman has died after burning herself alive following her trial for trying to watch a game last week is irrelevant.

Encouraging to see so many Iranian women have taken up football.: 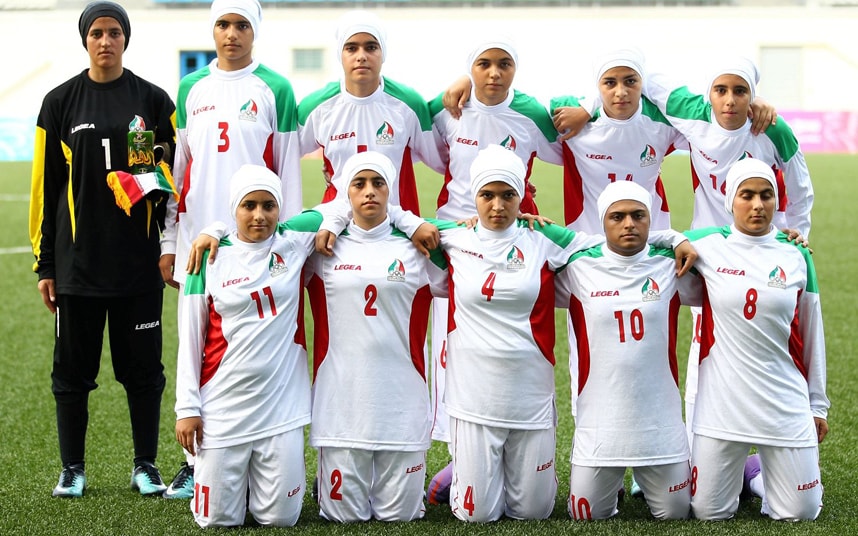 I often feel like burning myself alive after watching West Ham play, to be fair...
R

Seems the Iranian proxy demonstrators around the US Embassy in Baghdad, having produced a reaction from the US are now packing up and clearing off sharpish. 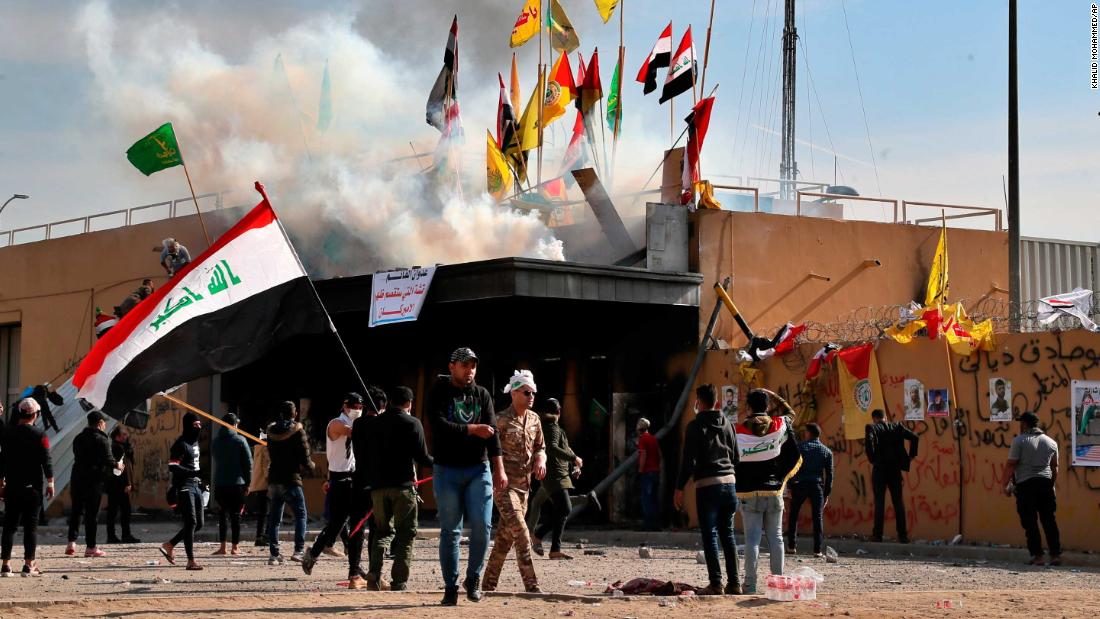 Iraqi security forces have regained control of the area around the US Embassy in Baghdad, after the compound was rocked by a second day of mass protests.

They had intended to lay siege and supplies, tents and food had been seen arriving shortly before Iranian proxy leaders ordered the protestors to leave.

Iraq, Syria, and Iran are all in a state of violence and chaos, a signature of the basic nature of the inhabitants, and has been since recorded history.

Resasi said:
Iraq, Syria, and Iran are all in a state of violence and chaos, a signature of the basic nature of the inhabitants, and has been since recorded history.

I think the nature and culture of most Iranians is notably dissimilar from that of the Arab states that you mention.

loofkar said:
I think the nature and culture of most Iranians is notably dissimilar from that of the Arab states that you mention.
Click to expand...

Why let facts get in the way!
“But some of us have been educated by surprises out of much that we were 'absolutely sure' of...”
― Charles Fort

The Persians (apart from the Jordanians) are one of the most chilled out, friendly and hospitable people I've met from the ME. It's the leadership which is bollocks.

And FYI -please don't call all of the ME as "Arabs." Might as well call the whole of the UK as English...
1

redshift said:
The Persians (apart from the Jordanians) are one of the most chilled out, friendly and hospitable people I've met from the ME.
It's the leadership which is bollocks.
Click to expand...

That would be applicable to every country out there then?
If the pop ever had the vote for aggressions or 'to go to war' there's a 99.999% that the vote would come in as a 'NO'.
There's something in existence called 'tact and diplomacy' and the 'ability to work with others without acting like
retarded bully-boys' while making massive profits for BigWar inc.... I'm sure dropping munitions and watching thousands die for nought isn't the only option on the table?

Can you let me know of any conflict that was started by western politicians over the last few decades that turned out to actually be gen?
Afghan. Iraq, Libya......Syria?? Any takers?
Also when has Iran ever invaded anyone recently?
They are pretty much surrounded by NATO forces aren't they?
I wonder why they're a bit jumpy lately? 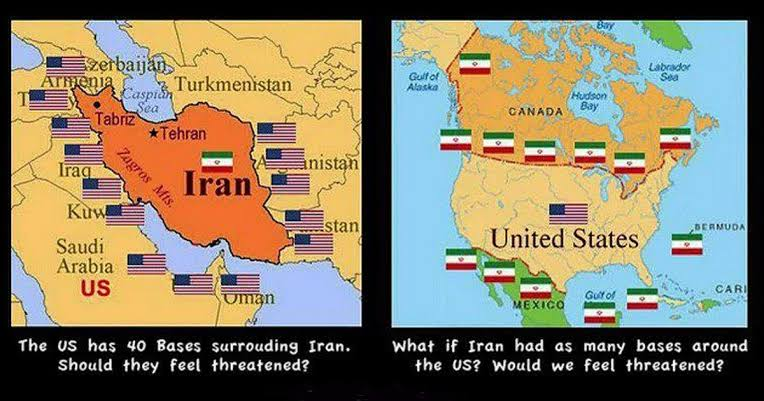 That's why there's a 'need' for lawyers and bankers (and other 'psychopathic' trades) to bloom into 'politicians' so they can make those irreversible and grave decisions for us.
It's just for our own good after all.

All hail the political classes- how could we ever live without them and their double-standards?

loofkar said:
I think the nature and culture of most Iranians is notably dissimilar from that of the Arab states that you mention.
Click to expand...

To some of the posters on here that means that they're only very slightly above Russians in the sub-humanity scale.
1

37ucv67i said:
To some of the posters on here that means that they're only very slightly above Russians in the sub-humanity scale.
Click to expand...

Dehumanisation and conditioning works wonders.
It's going to be pretty hard chucking a bayonet in someone or dropping a JDAM on wedding party 'terrorists'
from 30K over Afghan (from the comfort of your A/C'd room in NV) without it.

I woke up to all the lies and deception back in 2005 after 2yrs in Iraq.
I actually used to think like many on here... Dehumanisation of target audience works well.

It goes to show why impressionable young adults are always the target-market.
It's not just fitness and injury-free.
They're naive and have no idea but they will do as they're told for 5yrs.
Once they grow up they start realising what's actually going on with all these deployments popping up based on lies and no-evidence...and then penny finally drops.

Then you sign off, then you get replaced by you mkii and the same game continues.

The penny still hasn't dropped for far too many of you judging by a lot of the posts. 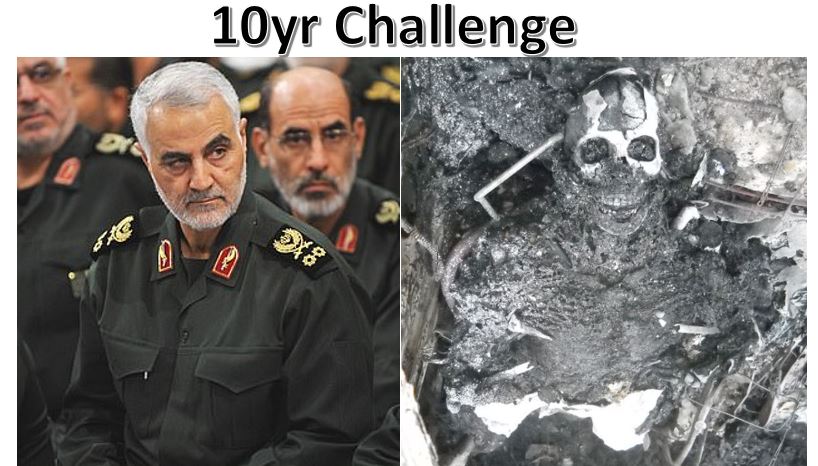 bob_the_bomb said:
I often feel like burning myself alive after watching West Ham play, to be fair...
Click to expand... 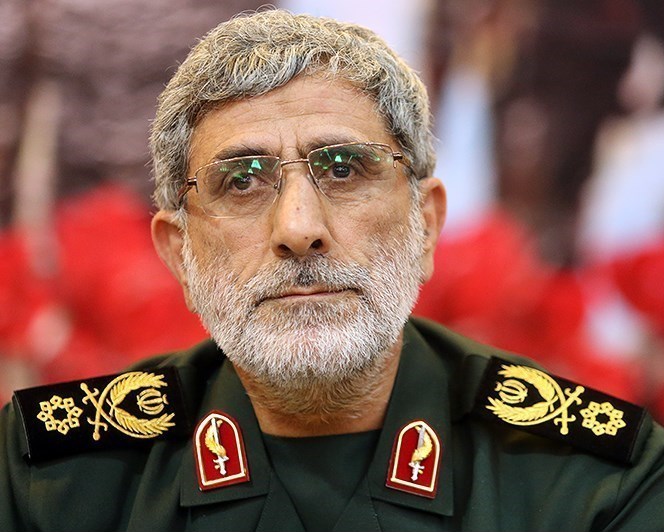 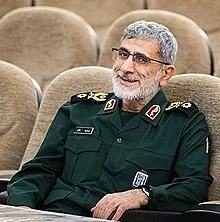 He was a deputy of killed by the Americans gen. Qasem Suleimani.

Iran has vowed a swift and severe retaliation in response to Soleimani’s death, which officials have described as an act of state-sponsored terrorism.
Click to expand...

There some questions about the retaliation - when, where, how... and how painful it will be.

@TheIronDuke: Russian or any other trolls tend to be dealt with using weapons Russia can never hope to deploy.
Humour Irony Intelligence Knowlege

Boumer said:
Why let facts get in the way!
Click to expand...

Si hoc legere scis nimium eruditionis habes!
You must log in or register to reply here.