Inside the multi-million dollar orgasm cult endorsed by Hollywood

I want one of those jobs!

From the Torygraph of all places!

In 2011 an American author and businesswoman named Nicole Daedone gave a TEDx talk in San Francisco in which she spoke of her plans to build an empire on the female orgasm.
A tall, self-assured woman in her early 40s, dressed in a black silk trouser suit, auburn hair falling to her shoulders, Daedone did not, of course, put it quite like that.
In the course of the talk, which has since been watched more than two million times on YouTube, Daedone, who had recently published a book entitled Slow Sex: The Art and Craft of the Female Orgasm, and was standing in front of two glowing, vulva-shaped lights, described how in 1998 at a party she had met a man who practised what he called ‘contemplative sexuality’.

He invited her to lie down unclothed, shone torchlight on her vagina and proceeded to describe her ‘colours’ in some detail (‘Your outer labia are coral…’). He then stroked her clitoris ‘no firmer than you would stroke your eyelid’.

‘I had never been looked at or felt that kind of compassion in that area before,’ Daedone told her audience – nicely dressed people in their 30s and 40s, nodding thoughtfully and bathed in a self-congratulatory aura, as TEDx audiences are wont to be. ‘I just broke open, and the feeling was pure and clean.’

This story, which would come to be repeated, in Daedone’s words, ‘thousands of times’, was subject to variation. Sometimes the man would be a ‘Buddhist’, sometimes ‘a monk’, and at others, in her words, ‘a cute guy’ who delivered ‘the best pick-up line I’d ever heard’. But the result was always the same.
‘For the first time in my life,’ she said, ‘I felt like I had access to that hunger that was underneath all of my other hungers, which is a fundamental hunger to connect to another human being…

‘And then, I had a moment of thinking, I want to know how to live here in this place and, in my philanthropic way, I want everyone else to know how to live here.’
‘Female orgasm,’ she continued, ‘is vital, for every single woman on the planet.’ A ‘truth’ apparently ‘so undeniable that I had to bring it to the world’.
And bring it to the world she did. In 2004 Daedone founded a group called OneTaste, disseminating (it is hard to go far in this tale without stumbling inadvertently across a double entendre) the practice of what she called orgasmic meditation, or OM.

At its peak, OneTaste was reported to be making $12 million a year; it had centres in nine cities, including New York, San Francisco and London, and was endorsed by no less a personage than the high priestess of the vagina, Gwyneth Paltrow.

Those of a delicate disposition may choose to turn away at this point. For this is a story of idealism and desire, of Californian sex communes and three-hour orgasms, of the search for Eden and the worms in the apple of power and money.

It is also very, very bizarre.

Three-hour orgasms (not including cigarette breaks)​

Daedone grew up in the northern Californian town of Los Gatos with her mother, a single parent. At 16, she had sex for the first time, got pregnant and had an abortion. She studied semantics at San Francisco State University and, with a friend, opened an art gallery in the city. She turned her attention to spiritual matters, studying the Kabbalah and Buddhism. By her account she was planning to become a nun at a Zen Buddhist centre in San Francisco (‘Now,’ she would joke later, ‘they just call me “the nun that gets some”’). Then she met the man at the party.

Particular attention was paid to the part the clitoris plays in the female orgasm. Baranco devised a technique called ‘deliberate orgasm’, or ‘do-ing’, in which a woman would undress from the waist down and a man would stroke her clitoris. In exchange, the strokee would give the stroker a token or a small gift. It was reported that in 1976 a commune member named Diana claimed that she was able to sustain a continuous orgasm for three hours, ‘not including cigarette breaks’.

'The focus was sex, how to have a great sex life'
​

Former students of Baranco set up their own practices and groups, among them The Welcomed Consensus. ‘They taught a philosophy of communal living, relationships and communication,’ says Ken Blackman, who lived at the commune for nine years and would later join Nicole Daedone at OneTaste, ‘but the focus was sex, how to have a great sex life, and that’s where clitoral stroking came in. The idea that both of us are going to put our attention on the woman’s body, that it can be a complete experience, and there’s nothing that she owes me in return – these were highly innovative ideas.’

More ‘OM houses’ followed, offering tuition in OM-ing for groups often numbering up to 50 people, the women lying on their backs in nests and being stroked anything but furiously, to a rising chorus of moans and sighs.

Prospective OM-ers were offered a menu of services and events. An introductory workshop cost $195; a week-long ‘urban monk’ programme, $2,000; or you could train to become a certified coach for $16,000. There were how-to DVDs, ‘One Stroke’ lubricant and OM pillow sets to build nests.

Ken Blackman, who became OneTaste’s ‘lead instructor’, the Stravinsky of stroking, described in a Facebook post how a man would enjoy OM-ing, ‘not vicariously, for the pleasure he’s giving her, and not for the side benefits (many though they be). He actually starts to feel something in his body from being in direct physical contact with  a woman in orgasm that… feels good.’

OM was the universal panacea for the adventurous and the repressed, the sexually liberated and the sexually insecure, the needy, the lonely and the damaged.


A hit in Hollywood​

Young, and not so young, women – their bank balances bowing under the weight of Pilates classes, acid facials and juicing whatever fruit from the Amazon happened to be fashionable that week – came seeking the answer to what Daedone had spelled out in her TEDx talk as ‘the Western woman’s mantra: I work too hard, I eat too much, I diet too much, I drink too much, I shop too much, I give too much – and still there’s this sense of hunger that I can’t touch.’

Along with OM-ing came therapy-style exercises and group encounters, dressed in bromides about personal growth. ‘Have you ever considered it might be your responsibility as a woman to sit in your power?’ Daedone can be seen asking one new inductee – mystifyingly – in a promotional video.
Sessions would include the exercise of ‘obnosing’, or noticing the obvious, which involved looking at someone and listing their physical characteristics – the colour of their eyes, the flush in their cheeks – before shifting attention to ‘obnosing’ female genitalia. 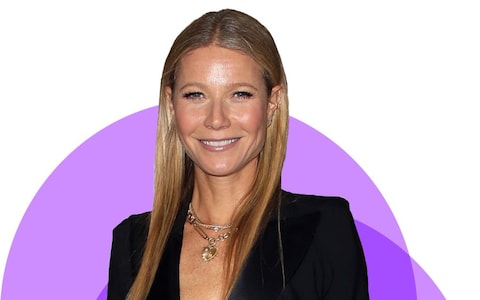 What a bunch of Sting walts
Join me at Torn-City - MMRPG , meet interesting people and put them in hospital, so join up here: https://www.torn.com/2322286

And remember if any other member of your family should die of Coronavirus whilst in your house put them outside, but remember to tag them first for identification purposes
D

sidsnot said:
Im happy being a member of the 20 seconders with smoke breaks included
Click to expand...

Book Reviewer
Women don't have orgasms, at least in my extensive experience. Anything said otherwise is twaddle.
"We are carrying twelve thousand howitzer rounds as ballast, if we're hit by a torpedo a parachute will be more useful than a lifejacket. Get rid of it."

Whining Civvy said:
Women don't have orgasms, at least in my extensive experience. Anything said otherwise is twaddle.
Click to expand...

And remember if any other member of your family should die of Coronavirus whilst in your house put them outside, but remember to tag them first for identification purposes
S

I like the decription of Gwyneth Paltrow as 'Queen Of The Vagina'! Is this a valid explanation for why she married a ****?
I always thought growing old would take longer...
R

No wifi? How’s a gentleman supposed to watch his Frankie?

I only ever failed once to have an orgasm, but to quote Rowley Birkin QC,
"I was very, very drunk at the time"
Honesty is a very expensive gift. Don't expect it from cheap people like Bugsy.

Tell me more about this shed...
He/him.

sidsnot said:
Im happy being a member of the 20 seconders with smoke breaks included
Click to expand...

No need to brag.
He/him.

I don't think chlamydia, herpes and gonorrhea was quite what the had in mind
Watch Out Watch Out - There's a Tout about

From an old chap's perspective, do they have an effective treatment for cramp?
“If liberty means anything at all, it means the right to tell people what they do not want to hear.”
George Orwell

It's a bit sexist just having this for women, what about men eh? Double standards yet again!

I might do a TED talk about the same thing but from a male perspective. To make it extra realistic all the women would have to say the following lines.
'Is it in yet?'
'I've got a headache.'
'Hurry up, corrie is on in a minute.'
'You need to fix that crack in the ceiling.'
'My back/legs/knees hurt.'

And a few other sexy whispers that are sure to stoke the male libido.
For where thou art, there is the world itself, and where thou art not, desolation.

I'm not paying for three hours !

Dashing_Chap said:
It's a bit sexist just having this for women, what about men eh? Double standards yet again!

I might do a TED talk about the same thing but from a male perspective. To make it extra realistic all the women would have to say the following lines.
'Is it in yet?'
'I've got a headache.'
'Hurry up, corrie is on in a minute.'
'You need to fix that crack in the ceiling.'
'My back/legs/knees hurt.'

And a few other sexy whispers that are sure to stoke the male libido.
Click to expand...

premature for who exactly?
finish yourself off love
Former Int Cell, RLC, and OTC/ACF Forums Moderator (Until the banality started to hurt)

Think the clients have good taste with OneTaste Orgasm Cult

Ok, who's this then? Trans ex-soldier flashed penis and used wheelie bin for 'repugnant' sex act
3 4 5

So my wife and partner of 30 years has passed to breast cancer last Thursday.
6 7 8