I Sense A Demotion Off The Starboard Bow!

Seadog said:
The Navy is quite forgiving about massive errors, treating them as learning opportunities.
Click to expand...

Army had the same perspective, particularly for Qualified Helicopter Instructors...
"No set of mutually inconsistent observations can exist for which some human intellect cannot conceive a coherent explanation, however complicated."

so the repair cost EXACTLY £100,000 on the nail? Sure it did. 20 for the repair,a few in envelopes for selected friends and the rest is the mark-up.

Lindermyer said:
If you want to set the cat amongst the pigeons - how about bringing back the gay class names for the T32

The left will eat itself - total meltdown

Feminists now outraged theres no HMS Lesbian and its Mysogony

Guardian also outraged (but on a differrent day to when they support it ) that by using the name gay its excluding Muslims and so now its Islamaphobic.


And for fecks sake nobody suggest the Tribal class
Click to expand...

I prefer the Culture vessels of Iain M Banks, e.g. No More Mr Nice Guy, So Much For Subtlety, Of Course I Still Love You, Funny, It Worked Last Time..., I Thought He Was With You, Ultimate Ship The Second, &c
"The most improper job of any man is bossing other men. Not one in a million is fit for it, and least of all those who seek the opportunity" JRR Tolkien

At least he’s got a funny story to tell now.
In the beginning the Universe was created. This has made a lot of people very angry and has been widely regarded as a bad move.

Accidents will occur in the best regulated families.
O

Lindermyer said:
And for fecks sake nobody suggest the Tribal class
Click to expand...

The one acceptable Tribal would presumably be Zubian, given it signified a multicultural union...

To be honest, I'm surprised the 1st Woke Brigade have not cottoned on to this connection, and demanded they be renamed.
Click to expand...

Could I suggest HMS Quorn as a future name for a Hunter class? I see two positives in my choice:

1) The Quorn Hunt in Leicestershire - sorted. 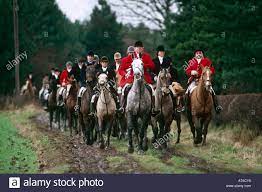 
2) HMS Quorn, so named because of that deliciously tasty meat alternative 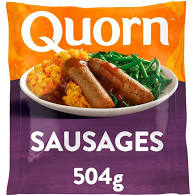 The Hunt class MCMV were all named after fox hunts. In fact we did have a HMS QUORN, probably sold off now. The original Hunt Class Destroyers did excellent work in WWII. GRP is really good for taking a blast but a bit of a nightmare when firefighting in it. There was a batch made in Scotland I believe that suffered due to the builders inexperience of GRP. A number of them had 'patches' that were thinner than they should have been. HMS MIDDLETON was one if I remember rightly. A certain Hunt Class Captain got it wrong when berthing in a foreign port and he badly staved in the starboard quarter. The Engineers and one dabber who had done boat building in college worked all night to repair the damage in the dark. No report on the damage was made and no beer was bought for the boys by way of a thank you!
NULL

CplFoodspoiler said:
HMS Quorn, so named because of that dubiously tastless meat alternative

Lindermyer said:
but its on a shooty warship so now some one will declare it homphobic since it implies gays are violent
Click to expand...

You’ve never been drinking with Jarrod then!
So long and thanks for all the laughs
https://280british.blogspot.com/

ugly said:
You’ve never been drinking with Jarrod then!
Click to expand...

Lindermyer said:
If you want to set the cat amongst the pigeons - how about bringing back the gay class names for the T32


And for fecks sake nobody suggest the Tribal class
Click to expand...

You mean the village people class?