Moderator
Kit Reviewer
The Humber Heavy Utility was one of the wartime success stories. A requirement was made for a bigger vehicle that could go anywhere as an "innocent -looking" reconnaissance vehicle, without any unnecessary heavy armour or weapons. Several designs were proposed, including A Ford WOT2, and an Austin; However, the Humber design was chosen. The specification was that two persons could live in the vehicle for up to three days, and could be retro-fitted with a wireless.

Production officially began in 1940 and the Humber Heavy Utility would remain in production until the war ended in 1945. The vehicle was powered by the same 85 bhp inline six cylinder side-valve 4,086 cc petrol/gasoline engine as the civilian Super Snipe with a single plate dry clutch, four speed manual gearbox, and two speed transfer box mounted behind the gearbox and driven by a short shaft to provide four-wheel-drive high and low range. The rear differential was a spiral bevel type. 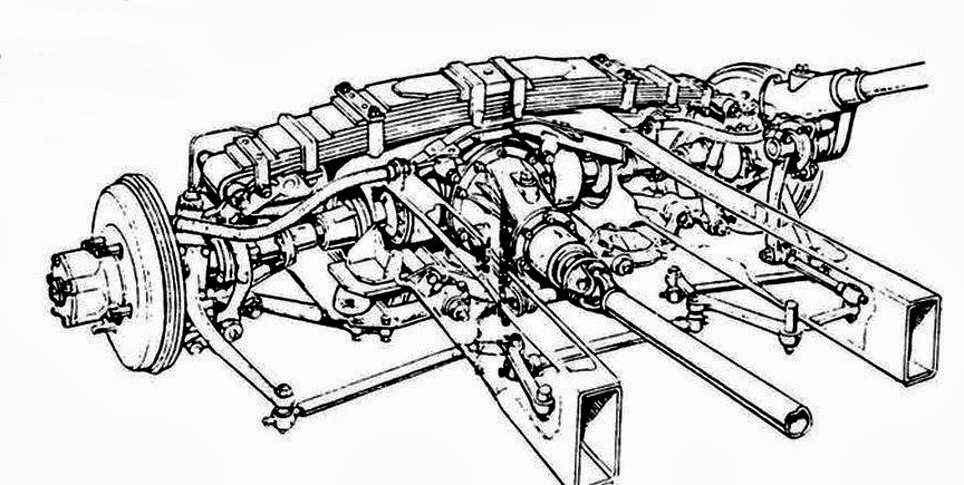 The Heavy Utility had a box section ladder frame chassis with an “X” shaped center support to provide mounting points for the transfer box, and for the gearbox and rear of the engine.

This drawing of the Humber Heavy Utility rolling chassis shows the engine, transmission and suspension layout. Note that the engine and gearbox assembly sits high on the chassis to provide greater ground clearance and to protect those parts, whereas the engine and gearbox of the Super Snipe passenger car sat lower in the chassis. (Picture courtesy Autocar magazine).
The frame for the bodywork of the Heavy Utility was made of Ash wood, with steel body panels. Back when I was at school in England during the post-war period I was taught that one of the biggest users of timber in Britain was the car industry and this was quite likely the case as the standard method of coach building was to use an Ash frame with either steel or aluminum alloy “Birmabright” external body panels. 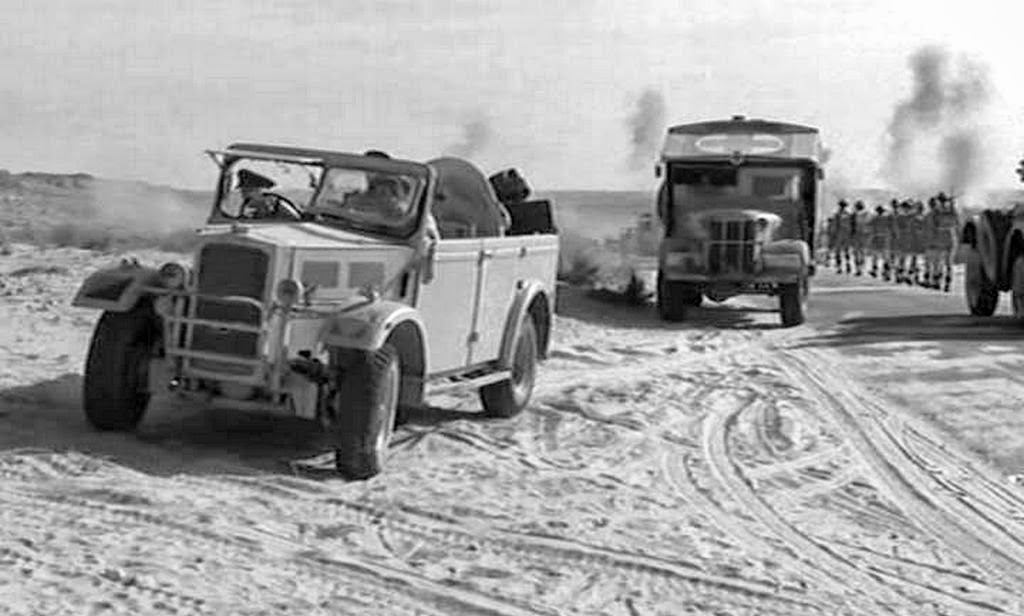 The Humber Heavy Utility was fitted with two body styles, a closed top station wagon and the open top as seen in this British Army photograph. Note that the split windscreen panels are hinged at the top so they can be opened for better visibility where required. Windscreen wipers are mounted at the outer bottom of the windscreen.
At the rear of the Heavy Utility was a downward opening tailgate as would be found on a pick-up or utility, complimented with an upward opening rear windows panel. This was done to provide an adequate length for an adult or two to sleep in the back of the vehicle, and to provide workspace and gear storage space. 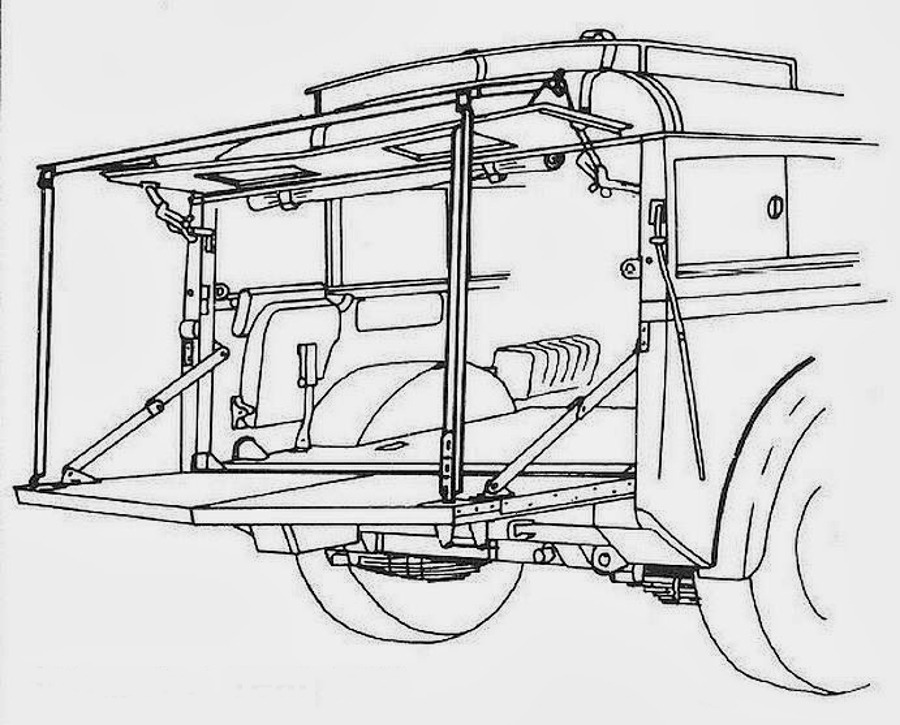 The rear downward folding tailgate and upward folding rear windows panel were provided with vertical supports so they could be used as an improvised table or sleeping area.

Chassis and Body: Steel box section ladder frame chassis with central “X” to provide support gearbox and transfer box. Coachbuilt body with Ash wood frame and steel body panels. Four door with a downward opening tailgate and upward opening rear window. Seating for three on a bench seat in front and three on a bench seat in the rear, load space in the rearmost section. Rear seat able to be folded to increase load carrying capacity. Made in both closed station wagon “Box” style and open style for use in hot climate zones of operation. 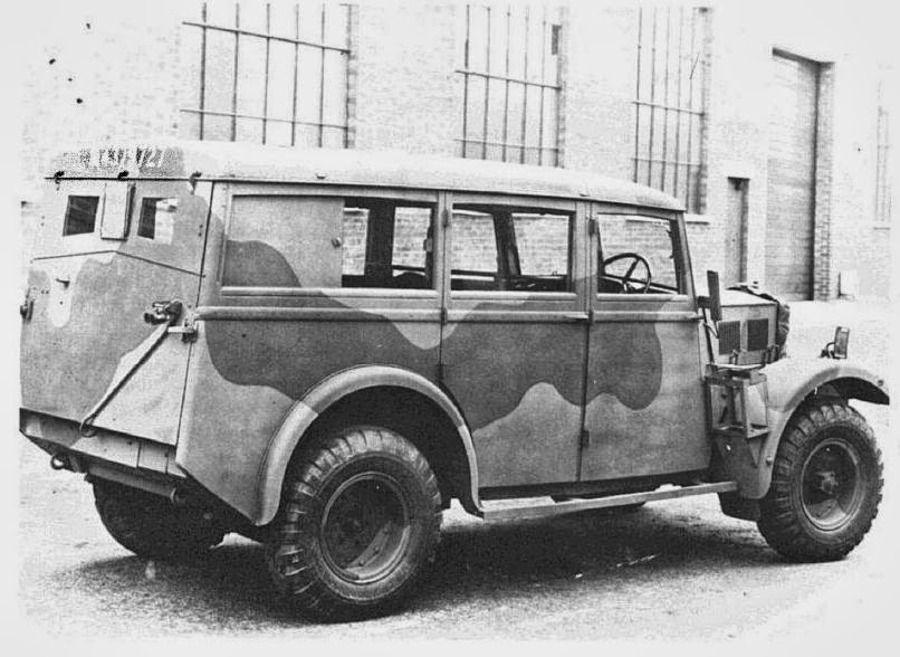 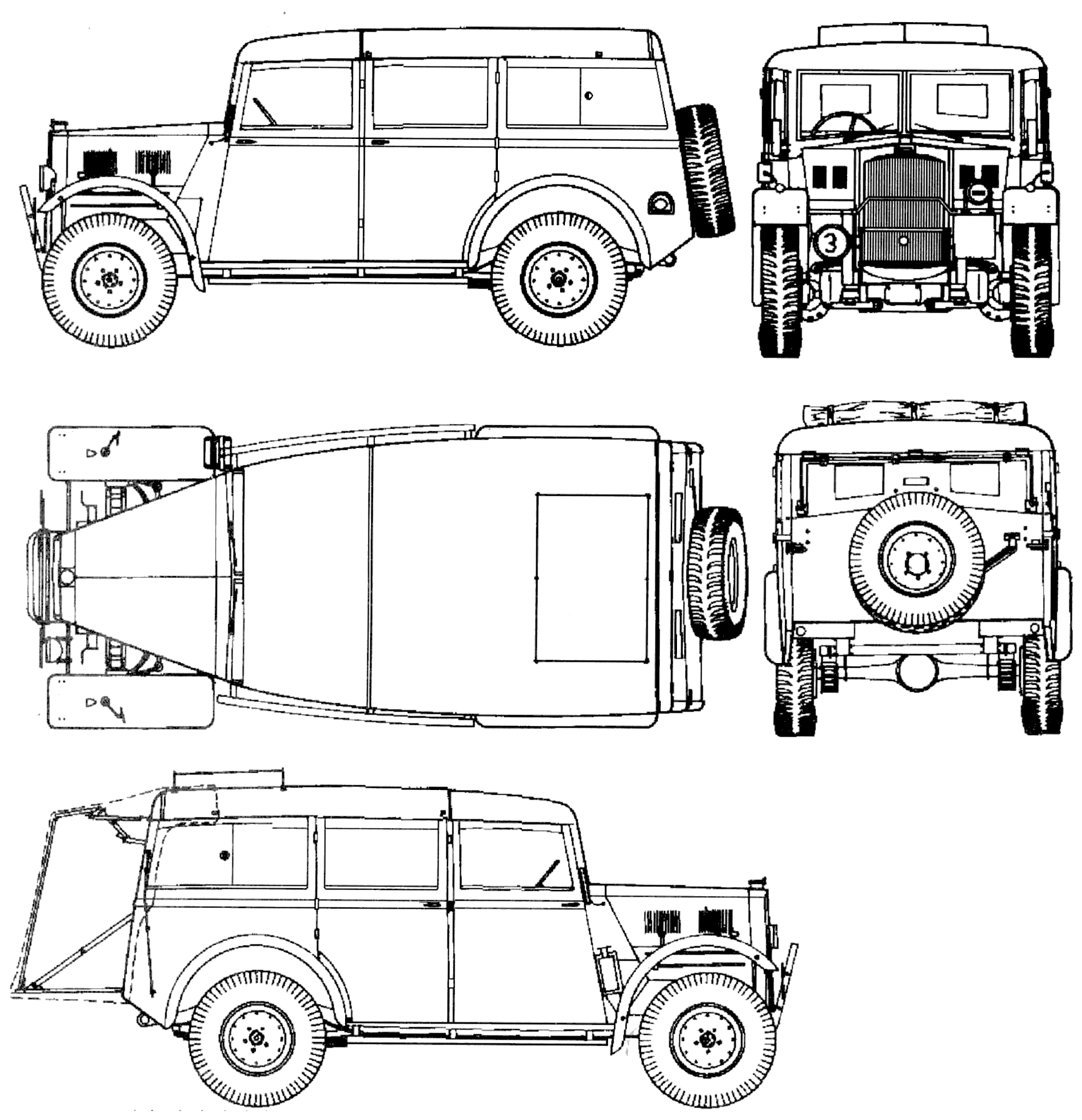 The design of the Heavy Utility was simple and practical.

The Humber Heavy Utility was not made in anything even close to the same numbers as the American Jeep but it served in a slightly different role and these machines proved themselves to be dependable and versatile. There are those of us who think that Humber should have made a civilian version after the war’s end, it could have served in roles that Land Rover finished up creating their long wheelbase Safari Station Wagon to cover. Sadly Britain’s post-war austerity ensured that the Humber Heavy Utility would not continue although it would have served well in such projects as Australia’s Snowy Mountains Scheme: and it would of course be one of the nicest wagons for hunting, shooting and fishing trips. Being an old eccentric Brit I think this would be a perfect vehicle in which to turn up to the shooting range or hunting camp in. 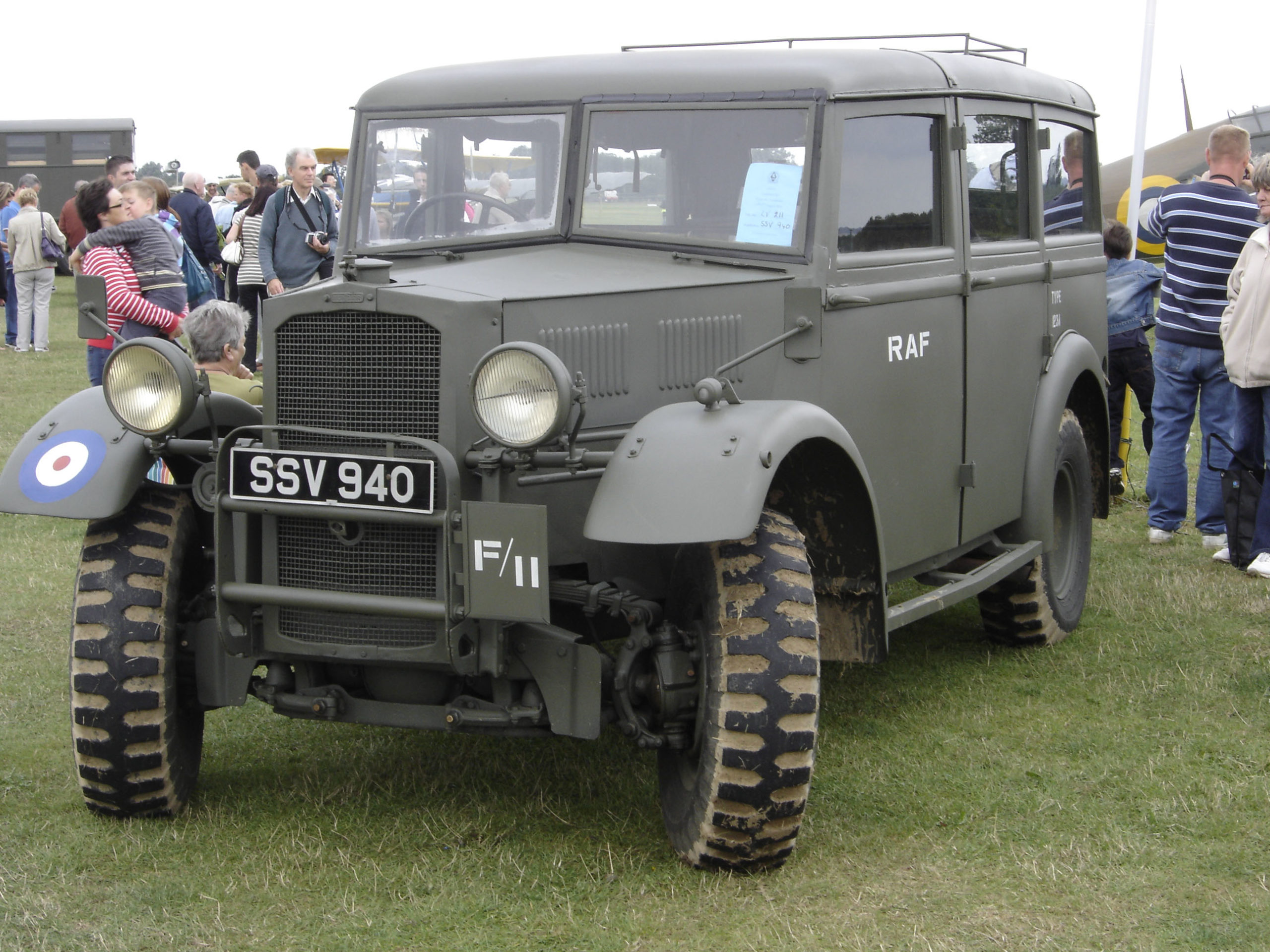 Accurate Armour version in 1/35 - £74.00!
They say I'm wild n I'm reckless I should be acting my age
I'm an impressionable child in a tumultuous world they say I'm at a difficult stage
It seems to me to the contrary of all the crap they're gonna put on the page
that a wasted youth is better by far than a wise and productive old age Meatloaf 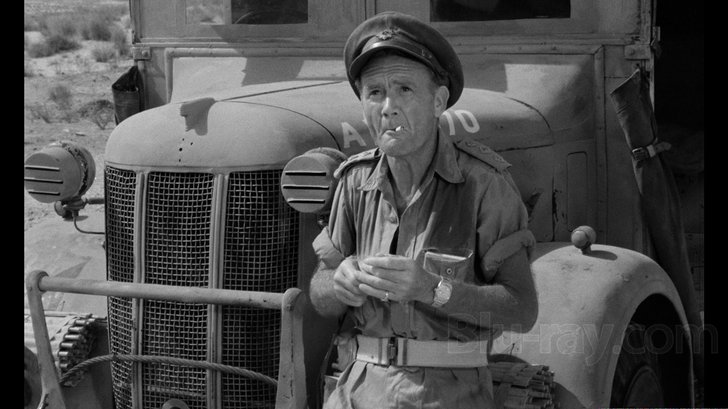 That's an Austin K2 Ambulance often referred to as a "Katy". You will notice that the radiators are a completely different shape. See also the Humber Ambulance... 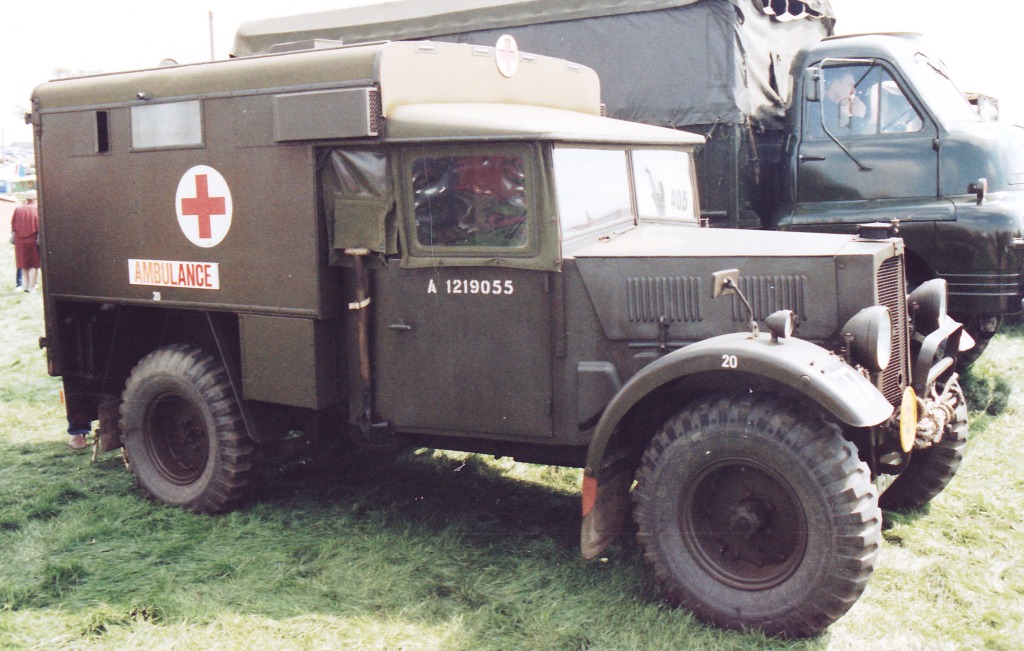 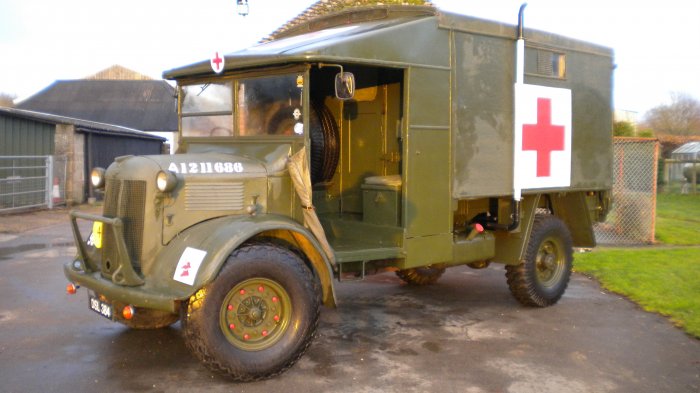 Austin K2 "Katy" Ambulance....
They say I'm wild n I'm reckless I should be acting my age
I'm an impressionable child in a tumultuous world they say I'm at a difficult stage
It seems to me to the contrary of all the crap they're gonna put on the page
that a wasted youth is better by far than a wise and productive old age Meatloaf

wasn't it a Humber utility car that got blown sky high with the Commanding officer in it in Ice Cold In Alex.

"My toolkit" cries The MSM "My Gin" cries the alcoholic captain (brilliantly played by John Mills.
thank you Gentleman, thank you 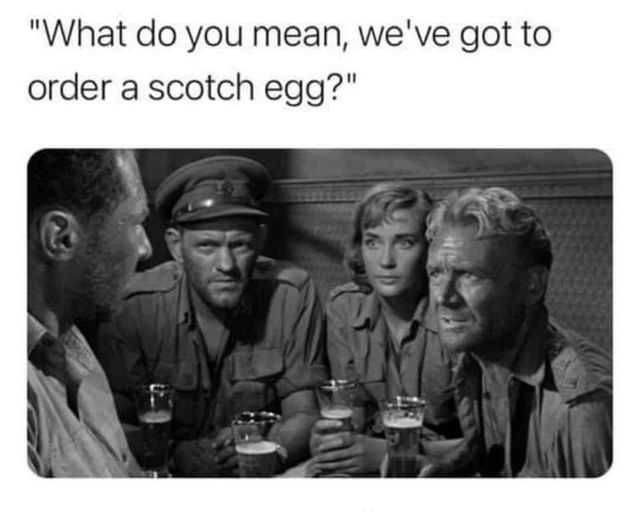