How did you get promoted?

RAF - OR7 (Promotion?! i thought i was doing well in not getting fired).
NULL

beefer said:
You obviously let too many people have more than one sausage.
Click to expand...

What can I say, I'm generous to a fault, besides which it wasn't my food or money!
"It's not the bullet that's got my name on it that concerns me; it's all them other ones flyin' around marked 'To Whom It May Concern.'" -Unknown
People sleep peaceably in their beds at night only because rough men stand ready to do violence on their behalf - George Orwell
Si vis pacem, para bellum

Joker62 said:
What can I say, I'm generous to a fault, besides which it wasn't my food or money!
Click to expand...

With that attitude you would never have made it as a REME storeman.
C

How did i get promoted?

Administrative error is the most logical answer.

How did I get promoted? Simple. After almost 4 years of pissing it up and being an arse, I met my missus as a Signalman (Private) and she put me on the straight and narrow (and I don’t mean in a Harry/Meghan sense).
The memories of a man in his old age, are the deeds of a man in his prime.
Roger Waters

"A tank is a massive bit of kit".
Claire McNaughton, Military Advisor to the Salisbury Journal in her column, dated 8 August 2013.
R

slipperman said:
How did I get promoted? Simple. After almost 4 years of pissing it up and being an arse, I met my missus as a Signalman (Private) and she put me on the straight and narrow (and I don’t mean in a Harry/Meghan sense).
Click to expand...

On posting to BAOR from my first home posting, my yearly report said" This soldier would have been promoted to L/Cpl in April." or words to that affect. I got posted in February. By April in my new posting, i got my one and only promotion.( It also helped that on arrival at 1st AD HQ & SR while on the 3 month stint RP staff, i caught a "civvie" taking photos in the Starnet control cabin. Behind the guardroom.

Portree Kid said:
You wouldn't the 1st and you certainly wont be the last

I also witnessed people being shamelessly promoted to LCpl in an attempt to get them to retract their signing off papers.
Click to expand...

That was a standard bribe. When the cold wind of amalgamation was blowing, some COs would do literally anything to keep up the numbers.

It was somewhere between pitiful and shameful to witness.
"You know as well as I do that human life does not matter a rap in comparison with the death of ideas and the betrayal of English traditions."

Deployed as a Jock with a different duty coy for force protection in Afghanistan, came back to do a JNCO cadre where I performed mediocrely (heart wasn't in doing conventional warfare stuff in between tours following a lengthy PDT), went back out to Afghanistan to join my actual coy, told by OC I probably wouldn't promote within 12 months due to JNCO cadre performance. Stepped up to the role of lead BARMA dismount commander due to a lack of JNCOs, performed admirably and received a 1* commendation on tour, subsequently promoted on tour. Currently in talks with various film makers for rights to the story (last bit may or may not might be shite).

I was slow getting my first tape, mainly due to a compassionate posting which I wont go into deatails about , but nothing seedy, didn't get my first tape till year six, which was very slow for an outstanding VM A such as myself
I did however get my full screw after just a year as a lance jack so back on track , Sergeant at 13 years and artisan staffy for my last 3years

the thread is named "How did you get promoted?"

a qusetion asked by many of my previous bosses....... often
Last edited: 17 Oct 2021
Ignorance is bliss, yours, however , is disturbing!

The bit about "Lcpl stripe being the hardest to earn" may be outdated in this era when there is more promotion based on job or fixed time served.

The adage does however have a long pedigree. Decades ago I was on a parade when some inspecting General whose service must have started not too many years after WW1, asked one of the men,
"Do you have any family in the army"
"Yes Sir, my brother is in the Prince of Wales's [of Yorkshire] Regiment"
"Very good, and what rank is he"
"Only Lance-Corporal, Sir"
"Hardest rank in the British army to achieve"
and then the general moved on down the ranks.

My elder brother, was convinced he was only picked for a long overdue promotion to L/Bdr for two reasons,

It had come to the notice of the CO one of his Gunners, had organised with a local coach company to run a weekend coach London from the Norfolk coast for his fellow soldiers - it was the only way he could see his then girl-friend (later wife of 50+ years) as he got a free seat for his trouble.
Secondly, someone had finally taken the trouble to look at his docs and discovered that he as an ex-Woolwich boy soldier, was the only one in the regiment with a Army Cert of Education 1st Class - (even the RSM only had ACE 2, something that wouldn't have happened in later years.)
I think it always rankled with him at being a Gunner for two years in army of mainly NS soldiers despite being a good soldier- he put it down to apathy of those in the COC who weren't interested in being pro-active in promoting the right (or indeed any,) material - something I would guess goes on to this day although I'm given to understand there is now an attitude of 'why hasn't this man been promoted' that didn't exist in the distant past.
After that first tape though, his rise was meteoric, becoming a precociously young WO2(AIG) after completing the Long Gunnery Staff Course before he was 25.

I did wonder how many promising soldiers were lost to the army because when asked why they were leaving prematurely simply said "Don't like the army Sir" instead of saying "Look sir, I have all this experience and attributes (quals, clean sheet & so on) and simply feel I'm getting nowhere and have spent enough time at the bottom of the pile, compared with other promoted soldiers"
Last edited: 17 Oct 2021
NULL

Book Reviewer
Failed one element of my LRO(T) course ( TP) and was waiting to re-sit when I moved from London to Wessex Division.....which folded 6 months after I joined.

Joined a TA unit in '97 as a 40 year old Pte. Full screw in 2002. Left in 2007 having passed cadre course for Sgt but lacking Trade qual (B1). Thus ended my inglorious military career
'The really important fact about the English intelligentsia is their severance from the common culture of the country' George Orwell

Goatman said:
Failed one element of my LRO(T) course ( TP)
Click to expand...

Send key setting. Over.
The only business an Englishman has going abroad is to wage war.
Colonel Charles De Laet Waldo Sibthorp

Gentlemen, we are facing the convergence of insurgent resurgence and divergence of urgent hybrid threat emergence

Leading Radio Operator( Tactical) - ( Teleprinter ) - a.k.a 'Bunting-tosser', ' Bunts' , 'Flags', 'Wings', 'Yeo' or ' Hey You'
'The really important fact about the English intelligentsia is their severance from the common culture of the country' George Orwell

I left as I had joined, Ok I was a lance jack at JLR. Wine, women had become more important.
S

Kit Reviewer
Book Reviewer
I had to sleep with the boss. 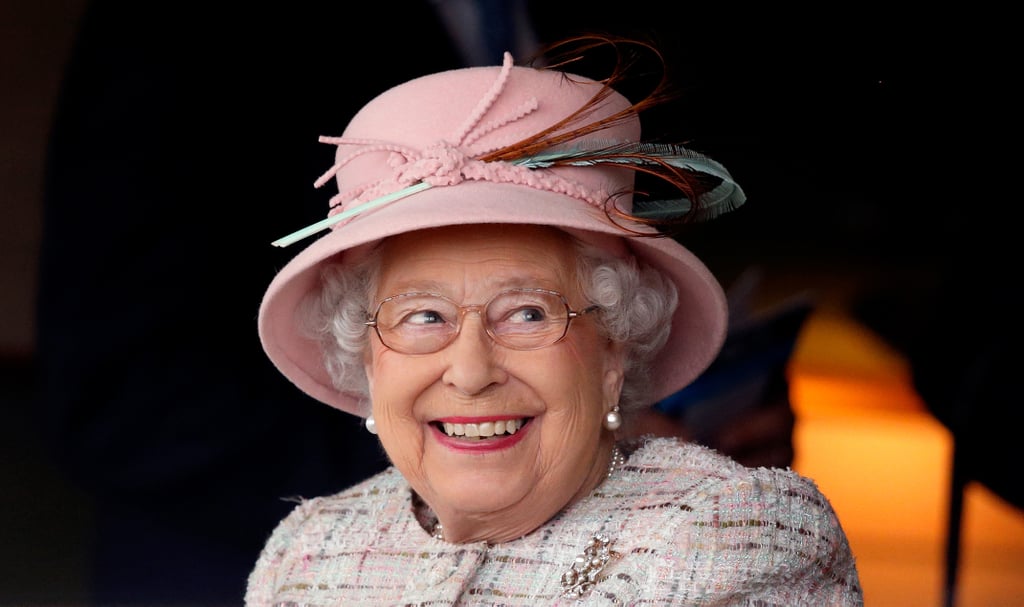 What I see are the cold and timid souls of little people all too often unable and unfit for the rigours of a full life: safely complacent, safely non-committal, safely at home, consumed in the certainty of their right to happiness and wish to drag others down to their miserable level of ordinariness. Unable to make sense of our lives in such abstract terms as courage, honour and integrity, we measure against the false gods of image, material value and self interest.

I was very, very lucky. I usually took over from someone who was absent, or not very good at his job.
Easy to shine when your guidelines are an absentee, or a knob.
Nearly got unlucky at WO1, but by the time they found out I was newly single and divorced, I already had the badge and the pay.
(Yes, it was that long ago)
Receptionist: How do you write women so well?
Melvin Udall: I think of a man, and I take away reason and accountability

CC_TA said:
Had a radar tiffy IC fitter section in Iraq. He tried getting us in the shit and blown-up but failed so all in all a good bloke.
...we also had a VM Artisan SSgt to keep said wobbly in order a Sgt VE, a Sgt Tech, 1 x Cpl, 1 x LCpl + 2 x Cfn VMs plus a reccy mech and myself. Quite top heavy for an armoured recce sqn fitter section but it worked well.
Click to expand...

Yes, he had initials

I would usually give initials, but certain things can get a bit fishy. Plus I've slagged off his BatCo and map reading on here and wouldn't want to join too many dots on other posts too. Things can be a minefield
CC_TA

I joined the Irish Air Corps in 1984 as an Aptce. 47 of us in our class. We qualified in 1988 and within 3 months of finishing school, we were down to 12. Most left because they were pissed off being treated like criminals and coincidentally, Qantas came calling looking for mechs and lots (about 140 techs out of a total strength of all ranks of just under a thousand) went to Sydney. The Irish Govt and the Dept of Defence simply shrugged it's collective shoulders. So, a mass clearout got me on an NCOs course (16 weeks) and two stripes in year 6. Stayed for another 5 and declined the offer to become a Sergeant as it would have meant 16 more weeks of shit. made great friends for life but glad I got out.