RAF Sealand was a bit of a shithole anyway. Who wants to be a Ladyship of a long-closed minor RAF station?

CatsEyes said:
OP - Let us know how she gets on if an enquiry is made through official channels rather than social media.
I fancy an Honorary Promotion as well now!
Click to expand...

Although I fear the jump from Lance Jack to full Colonel might be a bit of an ask.
'Life Is Like A Shit Sandwich, The More Bread you have got, The Less Shit You Have To Eat'
Some things really puzzle me. For instance, why is there only one Monopolies Commission?

FourZeroCharlie said:
From their site:

'These effective Titles are not to be mistaken for Peerages, Titles bestowed by the State or used for any fraudulent means.'

As I said, they are knobthroats.
Click to expand...

Is 'knobthroat' an honorary title...

Asking for someone on here...
'Life Is Like A Shit Sandwich, The More Bread you have got, The Less Shit You Have To Eat'
Some things really puzzle me. For instance, why is there only one Monopolies Commission?

The whole buying a title thing is pretty pathetic. It is akin to buying a plot of land on the moon, it just indicates that you are a bit of a lunatic.........
A

I am currently making enquiries on behalf of a colleague of mine who has asked me the question; "Is there such a thing as 'Honorary Promotion' In Retirement".

Persec prevents me from providing details beyond the basics.

Female, WO2, served 22 years. Selected for WO1 in final year of service. Left the service prior to promotion due to accident / injury not service related.

But in principal, can anyone answer any of the questions below?

1. Does such a thing as 'Honorary Promotion (in Retirement or otherwise) exist?
(if yes)
2. Who has the authority to sanction it?
3. What is the process for requesting/ applying for it?
4. Has anyone got examples / precedents where this has occurred previously?

Ref point 4 above, I know Captain Tom Moore was given the honorary rank of Colonel, but other than that I have no other point of reference.

javaguzzisti said:
Well as a friend of Laphroaig I own a part of Isla.
Apparently.
Click to expand... 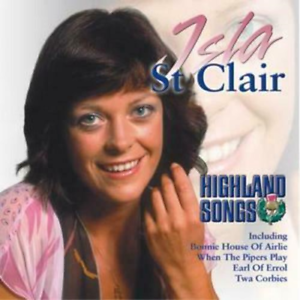 Moderator
Oddly enough I left the regs as a buckshee but did three year’s TA service leaving as a full screw with the correct career qualifications for the rank!
When eventually my final insert arrived for my red book on being medically exempted from ref reserve liability it only recorded my former rank as a reg!
Not that it affects anything I just thought maybe Glasgow didn’t have he TA time shown?
So long and thanks for all the laughs
https://280british.blogspot.com/

javaguzzisti said:
Well as a friend of Laphroaig I own a part of Isla.
Apparently.
Click to expand...

That would be Islay.

Club Swinger said:
Female, WO2, served 22 years. Selected for WO1 in final year of service. Left the service prior to promotion due to accident / injury not service related.
Click to expand...

She has left the service and is now a civvie

Why are they even thinking about '' honourary promotion'' ?
Watch Out Watch Out - There's a Tout about

Portree Kid said:
She has left the service and is now a civvie

Why are they even thinking about '' honourary promotion'' ?
Click to expand...

It's complicated. The injury prevented what was duly earned after 22 years service. To reach the pinnacle of the Non Commissioned ranks. There but for the grace of God go I, as some would say.
'Life Is Like A Shit Sandwich, The More Bread you have got, The Less Shit You Have To Eat'
Some things really puzzle me. For instance, why is there only one Monopolies Commission?

Tappet said:
Yeah, I'll happily have my A/Maj back, if the pension rise included.

rgjbloke said:
Someone I know has just brought himself a title that you can apparently use officially.

He can now call himself Lord so and so! It is mentioned on his Facebook page beside a photoshopped picture of himself in a senior general officers kit.

He was actually a quite junior NCO in one of the heavy mob battalions. He claims his wife brought it as a bit of a joke but for the money it cost, it seems to me the joke is on them.

I’d much sooner have stuck the money in my pocket and buggered off up the pub for a few days. There were several comments last time I looked asking “why!“ on his Facebook page.
Click to expand...

You may put lord of the manor along with your name in your passport to impress americans. And, that is about the only use it has Compared to back in the day. In times gone by the local lord of the manor used to have rights such as grazing, access to local places, and in some cases ownership of everything between the road and the hedgerow……….not so much anymore.

An american colleague of the wife when she was in Canary wharf bought himself a Lairdship. It cost him around 50 quid for which he received a pretty sustiffykut and some scroll things. He framed and displayed the certificate in his office, had the bank change his business cards to show his new title, and used to insist people referred to him as lord. Those who knew him knew it was a piss take of the anally retentive way we Brits doff our caps to titles.
My people skills are just fine. Its my tolerance to idiots that needs work.

Someone may be appointed to a honorary position, which comes with an honorary rank, but there's nothing like that which your friend is looking for - AFAIK.

I suppose Queenie could do something - after all, it's her train set - but that would be her choice. If your friend is thinking of writing to the Queen, however, I'd use a first-class stamp for the letter; just in case.
Click to expand...

As you say it's the boss's train set but I don't think she'd do it for a Warrant Officer.

Bodenplatte said:
It's not uncommon in the US armed forces.
Click to expand...

It seems fairly common practice that the police ensure that their Sgts coming towards the last year of service get a quick promotion to Inspector before leaping out into civvy street, so that their pensions are sorted.

“If you only do what you can do, you will never be more than you are now.”...

I hope it doesn’t sound harsh (it’s not intended to be), but she needs to let it go, take the money and enjoy retirement.

threaders144 said:
I hope it doesn’t sound harsh (it’s not intended to be), but she needs to let it go, take the money and enjoy retirement.
Click to expand...

Sound advice. The only outcome will be decades of schimfing about it not being 'real' rank from the usual suspects..
I'm not happy about our position in the narrative structure of this war.

Roadster280 said:
That makes sense. In the absence of such extension, it’s a bit of a “F U” from Glasgow - “fill this slot as RSM for us, but we’re only going to pension you as an SSM” (other “trades” available).
Click to expand...

I have know a few selected in their last year. In each case it was a sign on to complete 2 years in rank if you want it.

I had 18 months as WO1 and was granted 6 months extension in post to complete the full two years. Got sent a form letter from Glasgow which needed my CO agreement but, being a form letter, must be a regular thing.

Anyway, that's a bit off topic.
I may be 70 but I still have the stamina, physical prowess and mental agility of a 69 year old.

Club Swinger said:
It's complicated. The injury prevented what was duly earned after 22 years service. To reach the pinnacle of the Non Commissioned ranks. There but for the grace of God go I, as some would say.
Click to expand...

Very unfortunate to pick up a career ending injury towards the end of her Service. Can I ask if she was selected for Promotion to WO1 on a Board at APC Glasgow prior to the injury?
The memories of a man in his old age, are the deeds of a man in his prime.
Roger Waters

"A tank is a massive bit of kit".
Claire McNaughton, Military Advisor to the Salisbury Journal in her column, dated 8 August 2013.
A

I was destined for greater things at higher command level, medically discharged with ingrowing toenail just before I picked up substantive L/Cpl. I would have given that Carter fellow a run for his money