“Hitler’s Air War In Spain” by Norman Ridley covers the German air contribution to the Spanish Civil War on the side of Franco. Produced in Hardback format with 206 pages and 8 pages of black and white photo plates, this is a well presented and informative book.

The author gives a decent precis of the political and military geography and the roots of the conflict before delving into the formation of the Condor Legion. This groundwork successfully sets the scene for an orthodox historiography of the campaign, battle by battle. Equipment, strategy and tactics are discussed in specific chapters, rather than as they appear and change chronoolgically, which helps with the narrative pace (although to a certain extent makes their development appear less revolutionary than it was). Disappointingly there are no maps, which I felt was a grave error.

A very interesting Chapter entitled “The Spanish Civil War in the Context of Total War” argues persuasively that contrary to the received wisdom that the War was a rehearsal for WW2 for the Germans, Italians and Soviets where they purposely got involved in order to test their equipment and tactics, there were far stronger diplomatic and ideological imperatives governing their involvement, along with further engagement being fuelled by the pace of events rather than a specific plan. The final chapter details “Lessons Learnt and Lessons Ignored” which is similarly thought provoking. Finally, there is an Appendix detailing deliveries of aircraft on both sides which gives an idea of the scale and rapidity of performance improvement even prior to WW2. 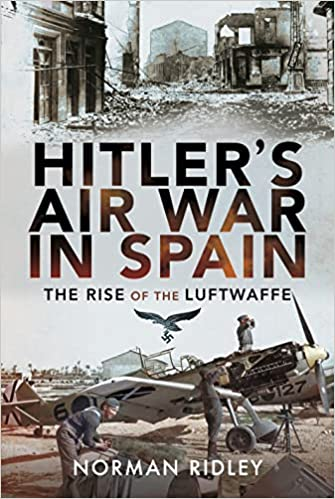 This is an engaging read, which clearly describes not only the events as they occurred but the precursors and results of the German air contribution to the Spanish civil War. I found it very informative and easy to read, four out of five Spuds!
Click to expand...

The Rebel’s Mark by SW Perry