has anyone read this? below is a review one of the readers left:

With films like Saving private Ryan and T.V. programs like Band of Brothers you wouldn't be wrong in thinking that the really hard fighting was done by the yanks. They engaged the main Panzers while we sat back drank tea and twiddled our thumbs.
The truth is far from it and this single book explains why.
Its a brilliantly executed piece of writting and tells the story of the battle for the hardly heard of Hill 112. Where the 43rd division faced off against the elite of the SS panzer arms.
It brings a tear to your eye when you read about the hard bitter quarterless fight that when over the world forgot.


I particularly like the fact the reader has mentioned SPRyan and BoB's as films to come from the Normandy landings, when will a British Film maker ever make something similar in effects etc. as Saving Private Ryan and BoB?! the average yank really does think the Brits stopped every 30 minutes for a 'Cup of Tea' and a 'Cream Cake' while the U.S. Forcs swept all in front of them... 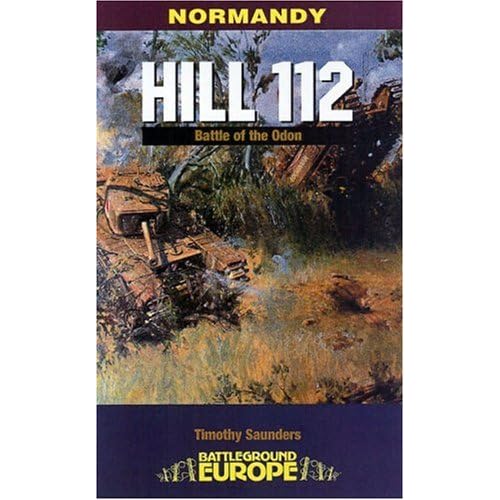 What were peoples views who have read Timothy Saunders' Hill 112?


Gundulph
Let us Design & Produce your coin - Press the image...

A great uncle fought there; CSM with the Somerset LI (4th, I think) - said it was horrendous: by end of July the battalion that landed had effectively ceased to exist - over 600 casualties.

Am told that the Germans nicknamed 43rd Wessex "Yellow Devils" & "the English SS" - a compliment, I suppose!

One thing's for certain - 43rd's commander, Ivo Thomas, was a hatchet faced, hard driving general who never let up. Widely respected, and feared, by all - it's alleged that even Montgomery shut up and listened when "Von Thoma" had something to say.

43rd's experiences & performance in Normandy certainly give the lie to all the usual American aspersions re that campaign.

The Battle of Majuba Hill

The Battle of Vimy Ridge
2