Harry and Megan: How long will it last?

retread2 said:
If I wasn't being reminded ad nauseam that she was black/mixed race/whatever, I would have no idea. She looks pink to me.
Click to expand...

This isn't leading to a sofa joke , is it ?
Overactively underachieving for almost half a century.

Archimedes said:
I'm guessing lokiuk's reference was to Hamilton's refusal to condemn the decision to stage a GP in KSA this year? LH was asked by several NGOs and rights groups to speak out/call for a boycott and said something to the effect that cutting off regimes with poor human rights records wasn't productive and there needed to be some engagement (i.e. 'I'm going to participate in the race' - he may have subsequently said this, but I don't hang on his every word. Or on any of them, thinking about it)...
Click to expand...

Thanks, I was not aware of the Saudi proposal, Thanks to Arrse every day is a school day
The worst thing about the lock down is that it stops me being smug about getting early retirement

Cold_Collation said:
That Suits someone's agenda (SWIDT?) while deflecting from what should be being given thorough scrutiny - individual behaviour.
Click to expand...

damaged goods he might have been but Meghan would do well to listen to a lyric line written by Michel Jackson.
” I’m not going to spend my life being a colour”.
I do wonder what Archie is going to think of his parents fvck up of all this when he,s in his 20’s and has the Jim Bowen moment. “well Archie you COULD have had all this”........
As he watches his estranged grandfather be king and run a commonwealth.
sons have ignored fathers in old peoples homes for less.
what a mess Cap Wales. You thick tw@t.

Cold_Collation said:
Isn’t going to be enough in the current febrile atmosphere. Race is very prevalent,, as if we hadn’t noticed.

The thing that comes out of this is that MM puts the accusations out there but doesn’t state who, when and where. She should be obliged to, if only to see how someone who is herself notoriously litigious responds.

I would be genuinely surprised if there was much more than a woolly response about sadness at her character and veracity being doubted.

Meanwhile, the HR investigation is looking at specifics.

In fact, the fact that there hasn’t been an HR procedure thus far rather suggests that The Firm was working to save MM and not itself from embarrassment, no?

I saw some article that had all the press, front pages etc... for Meghan, with a time line of her 'position'.

It was glowing, flattering and complimentary all the way up to when she realised that she was still only ever going to be B-list behind Wills & Kate, then she/they started preaching, 'no one ever asks me' etc... and then it went down hill the more aggressive she became, went to Canada, then straight to LA, treating everyone like mugs.

There's zero hint of racism, plenty of criticism for a petulant child.
If you're with a group of people and you can't work out who the idiot is, keep your mouth shut.

There's a few additional clips to be aired on CBS This Morning in it he says:

I hope any Brit will afford his the same courtesy.
Always remember others may hate you but those who hate you don't win unless you hate them. And then you destroy yourself.
C

supermatelot said:
I don’t think the royal family will come off too well regardless of public opinion seemingly against H&M. As I’ve said before, they are attempting to defend against a 21st century insurgency - with 19th century generals and tactics.
Click to expand...

Yes. We heard you the first ten times.

wm1965 said:
There's a few additional clips to be aired on CBS This Morning in it he says:

I hope any Brit will afford his the same courtesy.
Click to expand...

So that makes it easy.

Resasi said:
Well like mother-in-law and her Panda eyed interview, the poor racially abused Princess Pushy seems intent on airing to the world how hellish her life...”I can’t breathe”... had become.

The anguished and tortured look of a sensitive and mortally wounded doe does credit to her training as a Suit’s ‘almost’ leading lady.

Her Hollywood training and life long drive to become a real Princess show a steely determination, she now has her sights on the inappropriately (racially) named 'White House’, no doubt she’ll be wanting to change that.

As for Harry, he seemed to be along for the ride, tugged along by his gonads. His sister has a bigger pair and may well take his place as the new Captain General RM, more power to her. Now she, is a British Royal Princess, who follows her Mother's example of what duty to the Nation means.
Click to expand...

Do you mean his Aunt, Princess Anne, the Princess Royal?

Harry has one sibling, William.
And this you can see is the bolt. The purpose of this
Is to open the breech, as you see. We can slide it
Rapidly backwards and forwards: we call this
Easing the spring. And rapidly backwards and forwards
The early bees are assaulting and fumbling the flowers:
They call it easing the Spring.
They call it easing the Spring: it is perfectly easy
If you have any strength in your thumb: like the bolt,
And the breech, and the cocking-piece, and the point of balance,
Which in our case we have not got; and the almond-blossom
Silent in all of the gardens and the bees going backwards and forwards,
For today we have naming of parts.

Werewolf said:
Woke up this morning, turned on the TV and the first thing I hear is Megan whinging about, "suicidal thoughts" and how the Royals discussed whether or not her sprog would be born with a suntan.
Click to expand...

Did Oprah The Hutt tell her, "Now now, Honey Chile. It's across the wrist you want to go, not up with your blade. That will sort it."

supermatelot said:
I don’t think the royal family will come off too well regardless of public opinion seemingly against H&M. As I’ve said before, they are attempting to defend against a 21st century insurgency - with 19th century generals and tactics.
Click to expand...

An Oprah Winfrey interview was always going to have an impact and it's clear that the usual suspects have jumped on the bandwagon - I suspect with many of the celebrities who've commented primed to do so beforehand.

It's always a mistake to respond immediately and often a mistake to respond at all, especially as this is a race-based attack. Apart from anything else, they'd simply feed the story. An essentially white and British institution can't deal with this head on and overnight, particularly in today's febrile climate.

Meghan's previous behaviour looks as though it may be the subject of an employment tribunal and there's going to be lots of other stuff - over time, her facade will be chipped away. The RF's strategy is, and always should be, the long game and it would be a mistake to be hustled out of it.

As an aside, it would be interesting to see the reaction of Markle's US rent-a-mob on learning that the baby would face far more abuse in the UK for being ginger, and publicly, than ever it would for being anything else.
‘Men sail a boundless and bottomless sea. There is neither harbour for shelter nor floor for anchorage, neither starting-place nor appointed destination. The enterprise is to keep afloat on an even keel.’ - Michael Oakeshott

Grownup_Rafbrat said:
Do you mean his Aunt, Princess Anne, the Princess Royal?

Not if you listen to the rumours.


I'm working on them now, and will hint in suitably vague terms only when I've negotiated a deal with that famous intervieweress Oprah Witfree
For Flag & Empire !

Cold_Collation said:
Oh, so she's a bigamist?!
Click to expand...

FORMER_FYRDMAN said:
As an aside, it would be interesting to see the reaction of Markle's US rent-a-mob on learning that the baby would face far more abuse in the UK for being ginger, and publicly, than ever it would for being anything else.
Click to expand...

Haven't seen the transcript and won't watch it either.

However, BBC breakfast quoted her as saying one thing about the colour issue, whereas she said something different - but beeb has to make it a bigger story. Apparently this was actually something fed to her by Harry, so why wasn't he saying it?.

From World Service snatches I accidentally caught overnight MM's outpourings were shortened versions of Nostradamus but not about the future.

Harry's tone and delivery was broken sentences and in an odd tone, as though seeking reassurance as he delivered his lines.
For Flag & Empire !

A speedboat, a 'Bully' Tankard and a set of cheap darts? 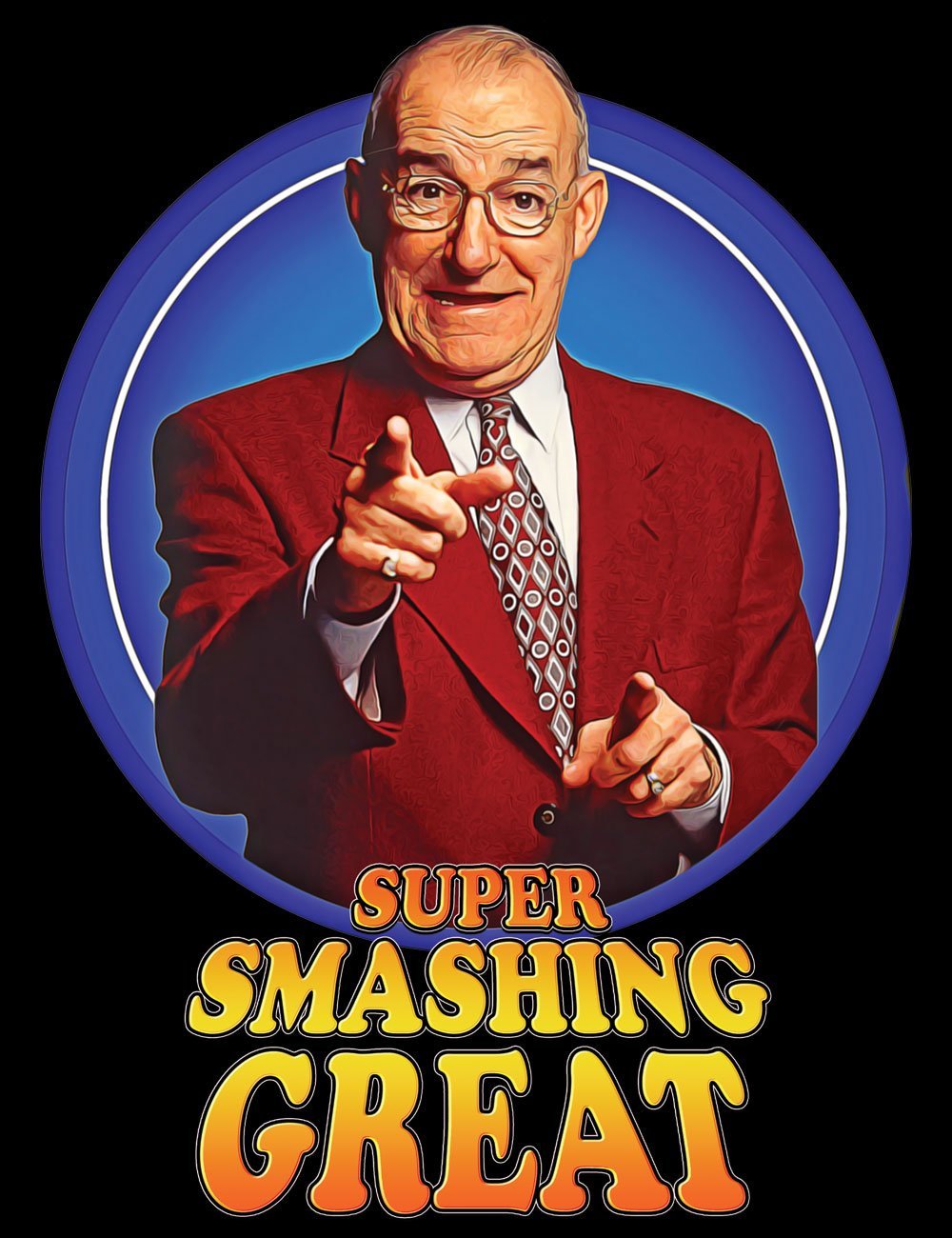 Maybe our 'arry could have a word with Miss Begum and persuade her it's not worth it.

velcrostripes said:
This isn't leading to a sofa joke , is it ?
Click to expand...

Sofa, so what?
Join me at Torn-City - MMRPG , meet interesting people and put them in hospital, so join up here: https://www.torn.com/2322286

And remember if any other member of your family should die of Coronavirus whilst in your house put them outside, but remember to tag them first for identification purposes
O

Meanwhile Oprah is counting her $7 million plus syndication rights. Nice to know somebody did well out of it