On ROPs
This happened last year - how come it never made arrse?

It's got everything. Subo, mongs, Ricky gervaise and an opportunity to get upset over the nanny state and having to be nice to everyone.

It also goes to show what a miserable bunch of cnuts OFCOM are. They actually went out and researched how many people were offended by 'mong'.

Broadcast watchdogs have cleared Ricky Gervais for using the word ‘mong’ on TV.

Three viewers complained to Ofcom over the broadcast of his stand-up show Science on Channel 4 last year, in which he said that Susan Boyle ‘wouldn’t be where she was today if it wasn't for the fact that she looked like such a ******* mong’.

He then repeated the word several times as he staged an imaginary debate with someone who might have taken offence – as he claimed the word no longer had links with people with Down’s Syndrome, as it once did.

Although he said that, ‘When she first came on the telly, I went, “Is that a mong?”,’ he insisted: ‘I don't mean she has Down’s Syndrome, by the way. No! No that would be offensive. That word doesn't mean that any more.’

In response to the complaints, Channel 4 said that viewers would know what to expect from a late-night broadcast ‘featuring a comic well known for his controversial humour’ – adding that he ‘experiments with language on the edge of what is acceptable’.

The broadcaster added: ‘Ricky Gervais‟s humour was rooted in the explanation of how language evolves and how the word can be used as a term of endearment thereby condemning the original interpretation and mocking people who censor the use of the word altogether.’

And they claimed the joke was not directed at Susan Boyle as having a disability but ‘...at those who refuse to acknowledge that the meanings of words can adapt over time’.

Channel 4 argued that it should be allowed risks, and said that stand-up from controversial artists ‘often involves fine judgment calls at senior editorial and legal levels... This involves a process of intelligent assessment of content, especially with someone like Ricky Gervais, to decide where the line should be drawn’.

In ruling that the show did not break broadcast guidelines, Ofcom stressed that that the word ‘has the potential to be highly offensive to many people, and so broadcasters should take great care with its use’.

Regulators added that in the name of freedom of expression, no word was banned after the watershed – but there must be a good reason for using language many people find offensive.

Ofcom’s own research found that many people did not know of ‘mong’ came from the term ‘mongoloid’ – an offensive term for people with Down‟s syndrome – but it ‘could cause considerable offence to those who are aware of the association’.

They said that Gervais’s use of the word in connection to Boyle‟s appearance ‘would have led some viewers to believe that [he] was using the word “mong” intentionally to refer to Down‟s Syndrome in a derogatory way. We therefore concluded that this material clearly had the potential to cause offence, and went on to consider whether this was justified by the context.’

But they concluded that the rest of the routine ‘clearly drew the focus of the routine on to the subject of how words change, thereby potentially minimising the offence.

‘It was nevertheless clearly also done in a tongue-in-cheek way. This may have caused some viewers to question his assertion that he had not used either the words “****” or “mong” in an intentionally offensive way.’

It also accepted that the late-night slot, Gervais’s existing reputation, and the on-air warning before the show meant that the audience would not have found the language entirely unexpected .

They concluded: ‘Several aspects of this content had the potential to cause considerable offence. However, on balance, this potential offence was justified by the context of this provocative comedy routine challenging the evolution of words’.

Mark Gale, of Mencap, has previously criticised Gervias over the use of the word, saying: ‘It's very disappointing. When people in the public eye use words of this type [it] can be offensive to people with a disability and their families.’

Here is the offending routine, originally from Ricky Gervais’s official YouTube channel, which bleeped out the word ‘****’ but not ‘mong’.

Rowan Atkinson warned shit like this would happen when laws we passed on being offensive to race/religion.

A late night comic on channel four said "mong". Quick, to the outrage mobile.
Some people have nothing better to do than cause a fuss. The ******* spastics
I've only ever been wrong once and thats when I thought I was wrong but I was mistaken.

Not for the 'mong' references, but because he's an un-funny twat who, along with Ed Balls and Russell Brand, jointly holds the smuggness quotient world-record.
Last edited: 1 Aug 2014
BBC = Brussels' Broadcasting Corporation​

The other big problem I see with it is, he's been pilloried for making a factual statement. If she didn't look like a mong she'd still be cleaning her house windows from the inside with her tongue.
NULL
D

One of the most un-funny self loving crap 'comedian in the Ben Elton genre I have ever seen. he is cringe-worthy at the best of times.

I would take issue with that simbo; Ben Elton has the inestimable advantage over Gervais that he started out being funny before becoming a parody of himself.

Gervais skipped out the humourous phase and went straight to dull.

Come to think of it the majority of modern stand up is predictable and unfunny, watch the guests on, Have I got news, Mock the week, or the truly dire Untitled with Alan Davies.
'Pay peanuts get monkeys'
'Quality costs, you get what you pay for'
Professional footballers and bankers show these statements as tosh.

The terminally tedious twat could have been describing himself there, the mongy ****.
HappyNomad, AMV. Arrse Grand Master Vermin (Category A / Class 1)

Sticking my neck out here, but Gervaise is comedy gold in my book, so he has one fan at least on here.

I don't see him in the same league as the celebrity non comedians on mock the week. He wrote the office, extras, and the Ricky Gervaise show, he doesn't need to appear on panel shows.
NULL

Posted from the ARRSE Mobile app (iOS or Android)
NULL

Me too. So that's three.

I seem to recall that constitutes a mutiny......

.
"It is never too late or too soon. It is when it is supposed to be." - Mitch Albom - The Time Keeper

I didn't know how bad my neighbour's paranoia was getting, until I started following him around.

droopy-moostache said:
Sticking my neck out here, but Gervaise is comedy gold in my book, so he has one fan at least on here.
Click to expand...

XPara Mugg said:
Me too. So that's three.

I seem to recall that constitutes a mutiny......

My point wasn't to start a discussion about whether or not Ricky is funny, when he plainly is.

The point was when the Might and Majesty of OFCOM is swung into a full-on investigation about a 'edgy' comedian using the word 'mong', including surveys into who might be offended.

FFS, comedy is supposed to be offensive.
By Order.

I walked halfway through a Gervais gig my mate took me to. If I'd have had few more drinks I might have started throwing them

I knew he was shit....But I didn't realise how unlikable he was in the flesh

On the use of mong. In the article it says mongoloid was "an offensive term for people with down syndrome"

droopy-moostache said:
Sticking my neck out here, but Gervaise is comedy gold in my book, so he has one fan at least on here.

I don't see him in the same league as the celebrity non comedians on mock the week. He wrote the office, extras, and the Ricky Gervaise show, he doesn't need to appear on panel shows.
Click to expand...

I dont really like him, but I have the option of not watching him just like the 3 mongs who complained about him.
I've only ever been wrong once and thats when I thought I was wrong but I was mistaken. 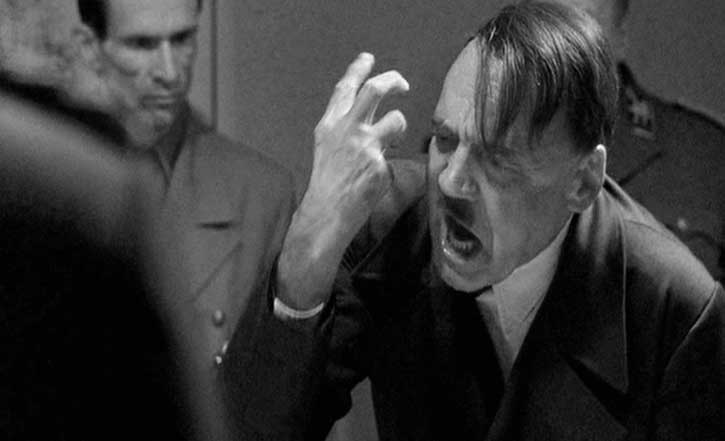 Drivers_lag said:
This happened last year - how come it never made arrse?
Click to expand...

Because youre the only one that cares?
NULL

Just for the record

Drivers_lag said:
FFS, comedy is supposed to be offensive.
Click to expand...

Shut the **** up you fat humourless mongoid dribbler spackhead

BBC Doco "Ads on the Frontline".