Gecko-Models was established in middle of 2016 by an experienced plastic model company executive. Based in Hong Kong, it has access to well-established production facilities on the Peoples Republic of China mainland. For research purposes, it has established a panel of experts in different parts of the world to provide information on specific subjects ensuring that its offerings are as accurate as possible. Its aim is to provide highly detailed plastic model kits, in a range of scales, and reflecting a range of subjects.

Having leapt onto the World Model-making stage in 2016, Gecko models have taken the bull by the horns and produced several highly desirable kits in 1/35 scale. Their main sphere of operations seem to concentrate around WW2 armour and figures, but their latest offering is a collection of four modern day British Infantrymen complete with weapons and equipment. This is due for release in February/March 2019, so one to watch out for. 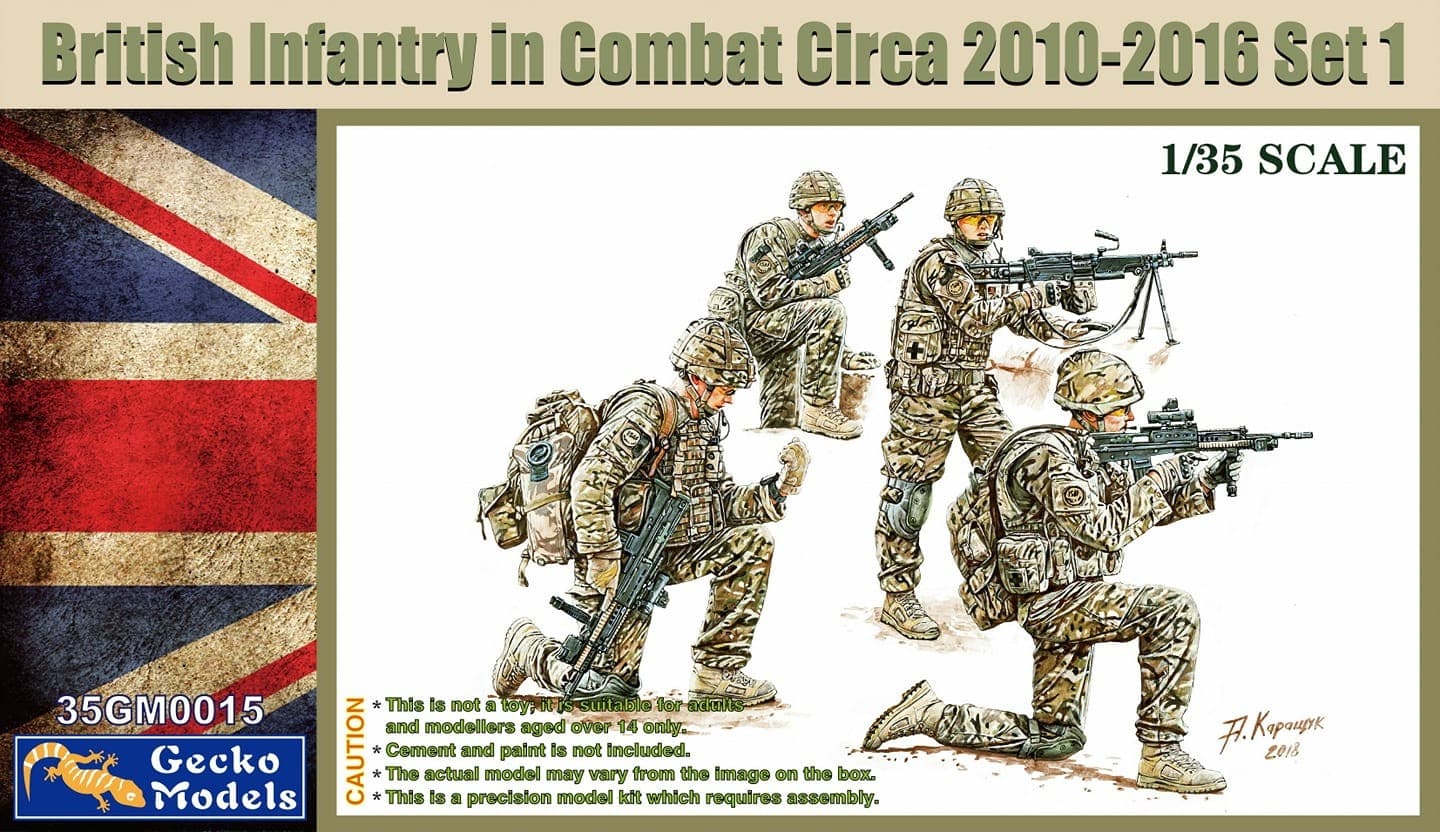 The fact that it is labelled "set 1" puts some hope for further offerings in the same series.

The armour kits released by Gecko all centre around the A9 and A10 cruiser tanks, with two kits featuring a fairly basic interior fighting compartment. However, there is always someone out there ready to produce a couple of after-market kits to boost the look of a model. The good thing with all of the Gecko models is their attention to detail and inclusion of photo-etched brass pieces and a plentiful variety of decals. Gecko also supply a crew figure with each of their tank kits, something that has been a bee in my bonnet for many a year. Nice to see it finally being addressed. 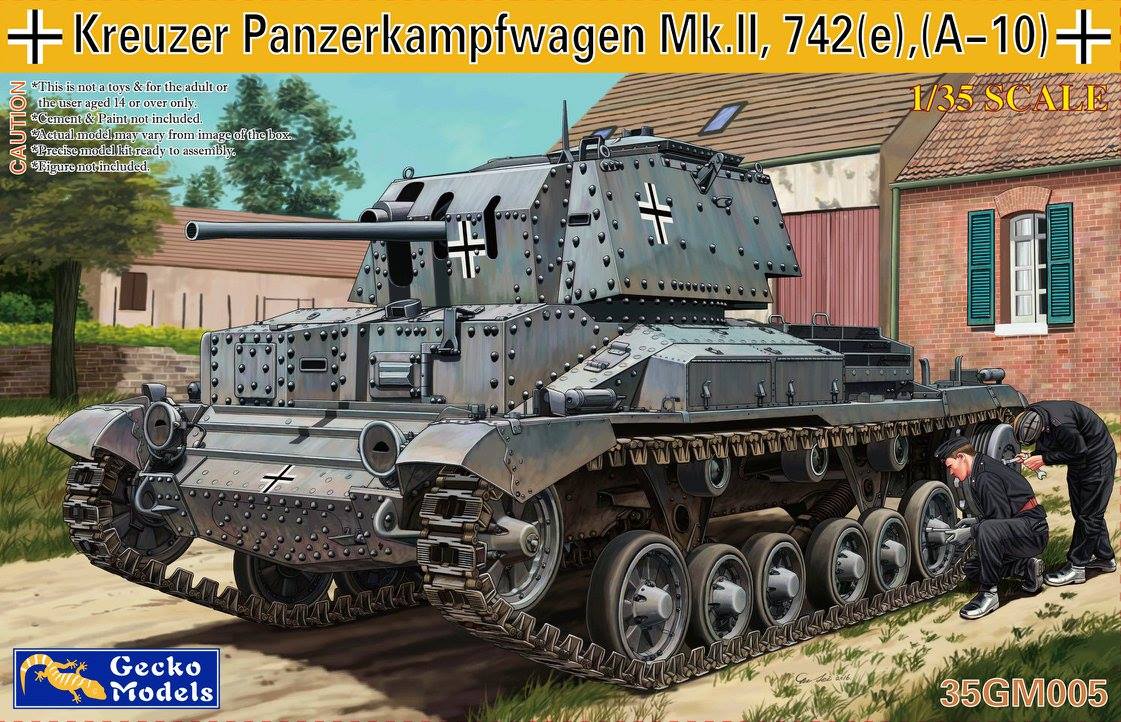 The Kreuzer PanzerKampfWagen 742(e) shown above is one of five variants which can be built from the one kit. As most of the early war A10's were either destroyed or captured, it would be an excellent diorama choice to kit one out in Wermacht livery. 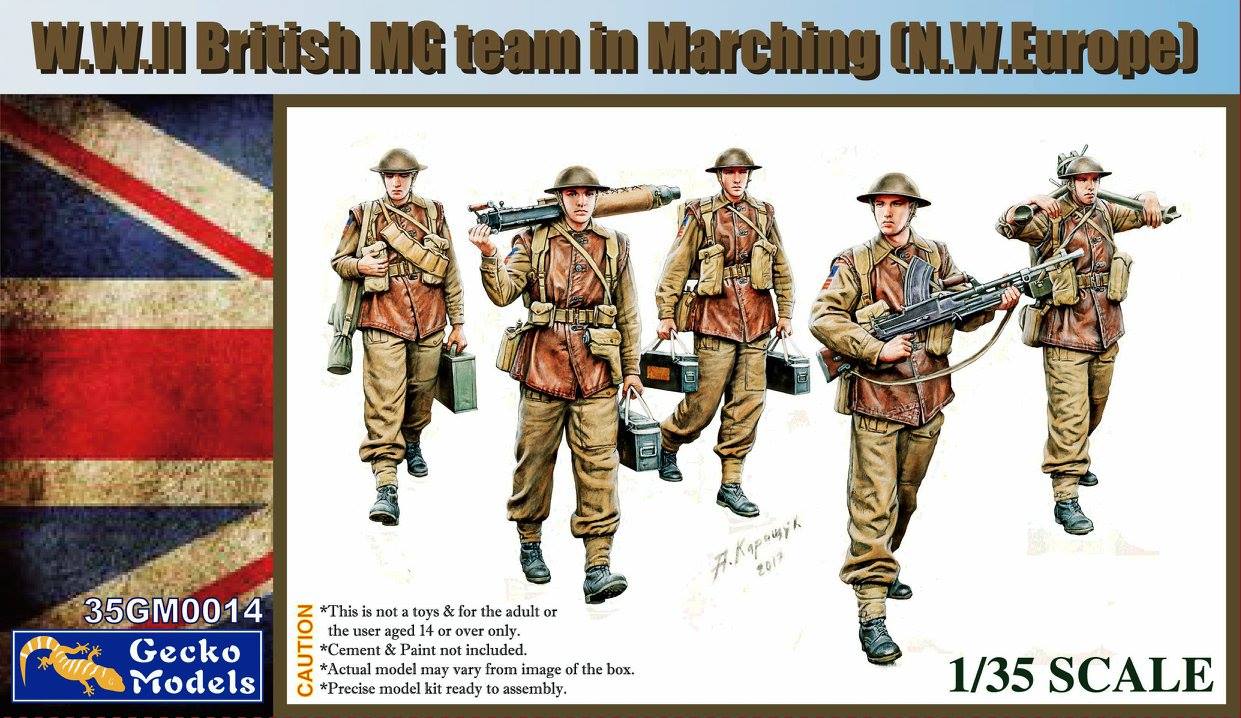 While I have already reviewed the MG in Combat, there is a second set in the series featuring a Machine Gun Crew marching; this set includes a gunner holding a Bren at the port/ ready position, A Vickers No.1 with gun on shoulder, a No. 2 complete with tripod and two other crew with slung weapons and carrying ammunition boxes

Other kits released by Gecko include the CruiserA9 Mk1 and the A9 Mk I CS and two versions of the A10. 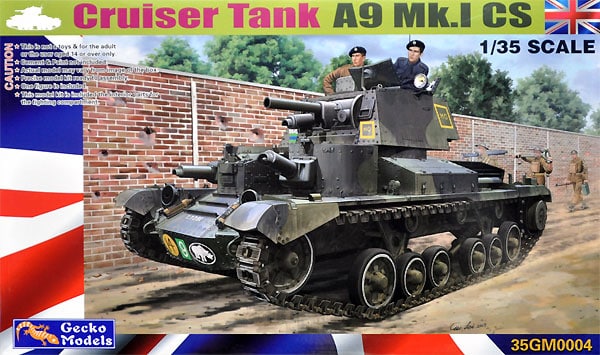 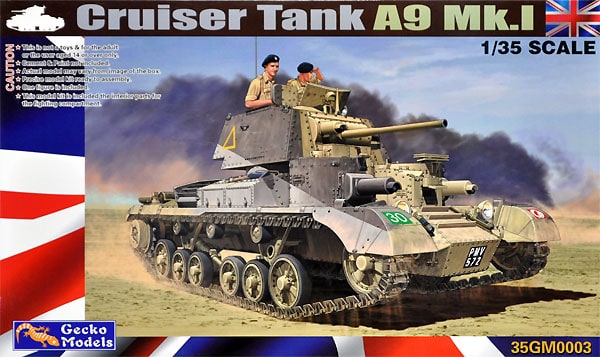 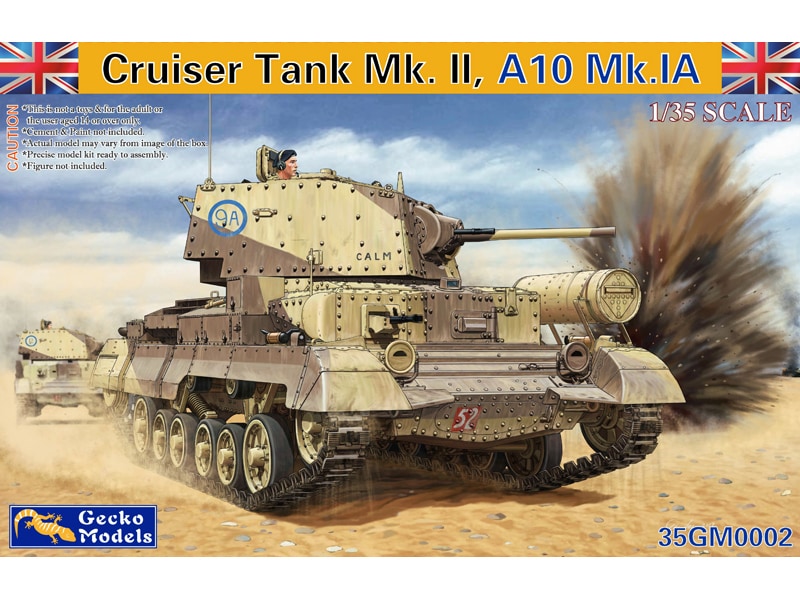 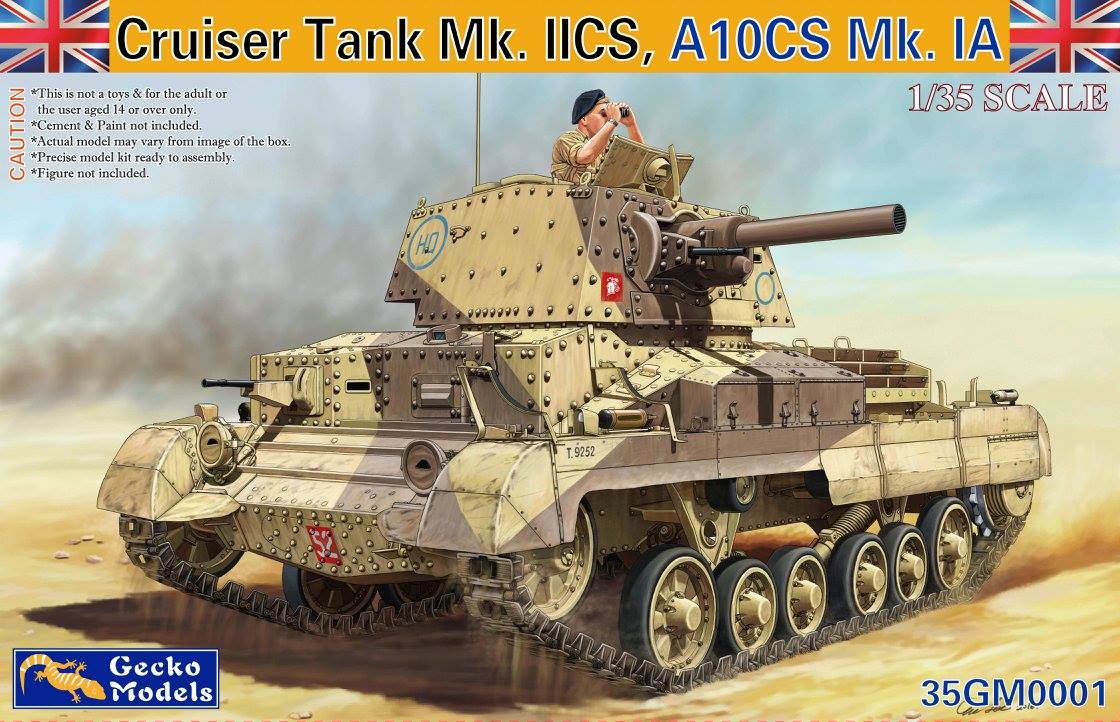 As a recent manufacturer, Gecko models have filled a niche that other model manufacturers have ignored for a long time. I look forward to the occasion when they start releasing some 1/35 scale British Trucks! Gecko are a decent company though, coming in at the talented amateur end of the market. Their kits are good, honest models, well-moulded and well thought out. There are no punches pulled with their kits, what you see is what you get.

While one could find small, niggly things that are not quite right, there are far more plusses to these models. It is very refreshing to find figure models being sold with rank badges, AOS & divisional badges and trade qualification badges. The same can be said for the brass rifle slings and ammunition box handles. These are little details that model-makers take for granted but miss them when not present.

All in all, I cannot speak highly enough about Gecko Models. I can honestly say that I have enjoyed making models from the Gecko stable. Long may they reign.
Highly rated, 4 out of 5

Smeggers.
I've been everywhere and I've seen everything there is, but I never saw the light.
Scared to death of dying so I do my best to live,out of mind and out of sight.
(Kris Kristofferson)
I commend my soul to any God that can find it (Sir Terry Pratchett)
TOTGAF