Book Reviewer
I have a Fujitsu Esprimo Q520 Core i3 which has been sitting in a box for ~12 months untouched. I believe that it's new and was going to get it up and running to replace one of my aged Acers which is getting too slow. The Fujitsu also has a built in DVD drive which is useful and it's smaller than my Acer so it would free up some much needed desk space.

It currently only has a single memory bank so I can't swap or change it out for another one. I've consulted Mr Google but there's not much info on this computer and what there is is conflicting. The manual doesn't help either as it just covers the basics like addin RAM or swapping the HDD. 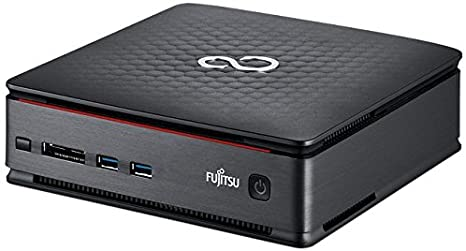 Any serious suggestions would be welcome.
Reaktor Bolshoy Moshchnosty Kanalny

Going by the datasheet for the PC, your motherboard runs an AMI bios:

The beep codes for which are as listed here: 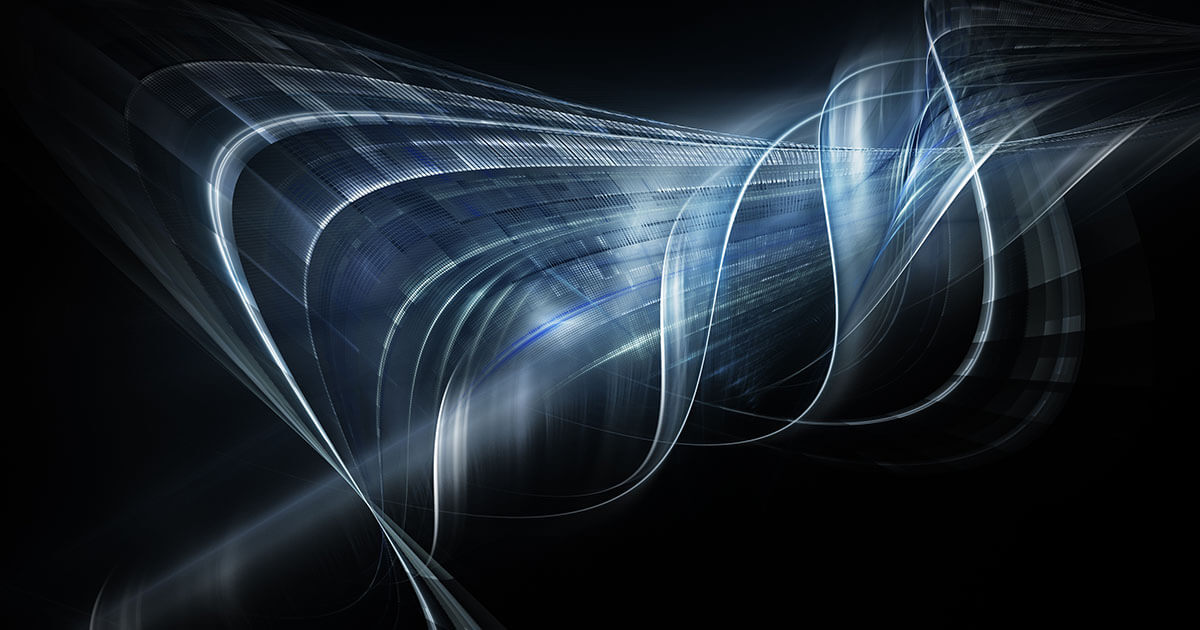 It looks like either a RAM error or video memory error, given that three beeps are involved somewhere in the proceedings.

I'd yank out the RAM stick and put in a known working one of the same type and see if that fixes things. If it's a video memory error, that could be a bit more involved.
If something doesn't fit in a hole, then one should stomp, stomp, stompity stomp on it until
it does, then walk away whistling "Spanish Harlem"

Worst case technical support for Fujitsu is here
Join me at Torn-City - MMRPG , meet interesting people and put them in hospital. Join up here: https://www.torn.com/2322286

Book Reviewer
Personally, if its been sat around for that long, i'd disconnect / reconnect every connector there is, including memory, HDD and processor. if there is a BIOS battery, disconnect that for ~30 seconds too.
Also check that the memory is in the right socket, if there's more than one.
Socialism is a philosophy of failure, the creed of ignorance, and the gospel of envy, its inherent virtue is the equal sharing of misery.
Is druga é bugsy a dhéanann mí-úsáid ar colúir
The problem with socialism is that you eventually run out of other people’s money.

Book Reviewer
Memory is in the correct socket. Unfortunately I don't have a similar RAM chip so will have to buy one to try it. Absolutely nothing comes up on the monitor when it's turned on and it just starts beeping. Doesn't respond to F2, F12, Del etc and can't get into the BIOS.

Not worth spending a lot of money as I can get a refurbished one for £150 from ebay. I was planning to put Win 10 32 bit on it and use as my day to day machine.

I got it as part of a job lot of computer stuff from a company that went bust. Our company IT bloke didn't want to know as our company standard was Acers so I "inherited" it. Hence it sat in the cupboard until my home machine started to throw a few wobblies.

As it's virtually brand new, I don't want to bin it.
Reaktor Bolshoy Moshchnosty Kanalny

Book Reviewer
I've decided to try a new RAM module (£19 inc postage). It wouldn't be the first time I'd had RAM go chips on me. The beeps seem to point to a memory failure in the Base 64k ram and that a new ram module is the solution.

If it works, then fine, if it doesn't then I'll think again.

One of the advantages of the Q520 is that is doesn't have an external brick PSU cluttering the place up so I'm quite keen on making it work.
Reaktor Bolshoy Moshchnosty Kanalny

It will likely have a battery to run the RT clock when powered off. If it's been sitting in a box for a year or more, the battery could be dead and the chip which holds the clock has memory addresses which are random gibberish which the BIOS hangs up over. I've seen on a number of occasions where a dead battery has led to an un-bootable PC which had all the symptoms of major hardware failure.

Open it up and see if there is some sort of battery inside, typically a small coin cell or something similar. Pull the battery out, wait a bit, and try booting the PC again. It may boot right away even without replacing the battery.

Whether it boots or not, get the model number off the battery and buy a new one and replace it and try booting it again.

There's no guarantees that this is the problem, but it's a simple fix to try. I have fixed several PCs this way which were otherwise on their way to the scrap heap.
NULL

Book Reviewer
I've had the CMOS battery problem with a Dell and an Acer previously, they would just boot straight into BIOS and ask for the time to be input. This one just beeps incessantly.

However, it looks easy enough to open up so no harm in having a look. I left it plugged in for a few hours to see if it's a rechargable battery in the CMOS in which case it *might* recharge -- but no.
Reaktor Bolshoy Moshchnosty Kanalny

RBMK said:
I've had the CMOS battery problem with a Dell and an Acer previously, they would just boot straight into BIOS and ask for the time to be input. This one just beeps incessantly.

However, it looks easy enough to open up so no harm in having a look. I left it plugged in for a few hours to see if it's a rechargable battery in the CMOS in which case it *might* recharge -- but no.
Click to expand...

Just to be clear, when trying to boot it make sure the battery is out. If it's a battery problem, then the issue will more likely be a battery that is low voltage rather than one that is completely dead.
NULL

An old trick from my engineering days that's worth a try, take the RAM module out and using a standard pencil eraser clean the edge contacts on the module, far from unknown for there to be a bit of oxide buildup that can stop things working. I still have a fibreglass pencil for cleaning the socket where the RAM sits for a similar purpose.
Assuming you can access the motherboard when the lid is off then it's worth unplugging and replugging any cables as the mechanical process can shift any resistive oxide in the same way.

At most it will cost you 5-10 mins of minor effort.
NULL

Book Reviewer
Thanks but already done that, swapped RAM between banks etc.

Contacted Fujitsu tech support who responded very quickly. They have told me thatbeep code indicates RAM failure (not the first time I've had this happen).

If it works then I'll up it 12GB and put a SSD in, if not then it's spares.
Reaktor Bolshoy Moshchnosty Kanalny

RBMK said:
Thanks but already done that, swapped RAM between banks etc.

Contacted Fujitsu tech support who responded very quickly. They have told me thatbeep code indicates RAM failure (not the first time I've had this happen).

I thought that that might be the case. RAM can be a finicky bugger - I had to jump through a lot of hoops to get 32Gb of DDR4 running in this rig. It didn't help that I ended up buying what's possibly the worst motherboard of this kind that was on sale.
If something doesn't fit in a hole, then one should stomp, stomp, stompity stomp on it until
it does, then walk away whistling "Spanish Harlem"

Evdhimong said:
...but is the mail getting through?
Click to expand... 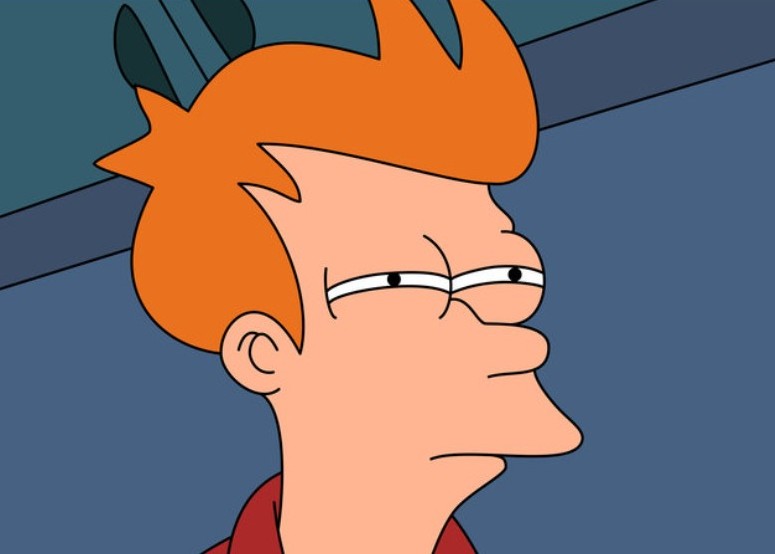