Ok Sky TV is getting so expensive these days, so looking at an alternative.
Looking a Freeview, so a set top box plus able to record & possibly save to usb flash drive?
Look at under £200

The other half has allowed me to "Ask Arrse" for advice on this one.

So any recommendations on what to go for & Yes, we already have a compatible TV aerial ready to go?

I'm not a fan of Sky or other subscription packages, skinflint that I am. Actually my wife is happy watching endless repeats of various crap and I don't watch TV at all, so why would I be a fan? But I have been a fan of pvr's and free-to-air digital service since they first came out.

At the moment, we have a pvr by reason of having broadband services with Talktalk. Previously, we had a humax pvr which worked fine for at least 10 years then gave up the ghost. With a bit of fiddling, involving a special cable and some software, it was possible to extract recordings to a hard disk, but I can't really see the point of that for an ordinary user. I did like the Humax though.

The TV has an integrated freeview tuner and we have attached a portable hard disk so it serves as a basic pvr. My wife prefers using it on that source for some reason, even though switching to the TT box as source provides much more functionality.

So I would say there's plenty of stuff to watch casually on freeview and the best pvr attachment for it is one that comes bundled with a broadband package. The only thing I miss not having is the F1 GP but I watch that using "other means".
SKULL

My LG can record straight to an external USB drive but you can’t record and watch a different channel which a PVR can do, so when I record something , I watch something else on iPlayer or something I have previously recorded. So if you want to record and watch something else you will need a PVR. I have also gotta Humax PVR which has never let me down but it is only SD and I would imagine HD ones can be quite expensive. There are also catch-up services, so if you are also buying a TV, makes sure it comes with them, namely iPlayer, All4, My5 and UKTV play.

If you've already got the satellite why not get a Freesat box? It's a simple plug and play swap.
Brandolini's Law holds that "the amount of energy needed to refute bullshit is an order of magnitude bigger than to produce it".

CrashTestDummy said:
If you've already got the satellite why not get a Freesat box? It's a simple plug and play swap.
Click to expand... 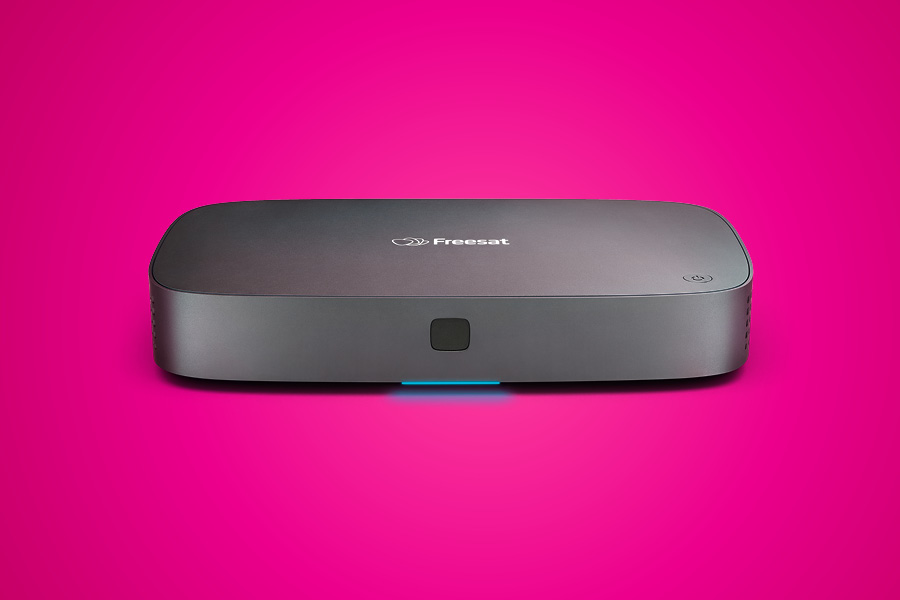 Hundreds of hours of entertainnent. No sky-high TV bills. The Freesat Recordable 4K TV Box covers your every need.

If you have Sky Q I believe you'll need an engineer to replace the LNB on the dish because Sky Q has gone to a non-standard LNB connection.

I've been considering it for years (every time Sky Q goes Brusten auf on me and I lose my rag down the telephone, then (last week) he remote diagnoses a dodgy HDMI cable.

Swap HDMI cable with the second TV in the other room, then swap TVs, then swap it all back and everything works FFS.
Join an active Arrse Torn faction? Visit this page. www.torn.com/1954662

Freesat is a better choice even if you need one off costs for a different dish, lots more bandwidth/channel choice than Freeview.

Freesat gets my vote too, I have a Humax box and am really happy with it.

My choice was made a good few years ago now, just before the "old" TV signals were turned off. I have the Toshiba RDXV59DTKB. I didn't choose it for the name, but for the features. It has a freeview tuner, A VHS recorder/player, a DVD recorder/player and a 500Gb hard drive. It plays CDs and stuff from USB sticks too.
I've recorded loads of old VHS tapes to disc for my Archive. Loads of TV, films and series onto the hard drive so I can edit out the adverts and give sensible titles. It has an easy timer that works right from the TV guide and loads of outputs.
I've run extra long scart leads around the place so I can use it in the Living room, bedroom and kitchen at the same time.
Suits me fine, about the best choice of tech I've made. I wonder what Toshiba do nowadays...
Electronic copy. Signed on the original...

Steer clear of Panasonic.
It worked well for a few months. But has sat unused for ages.
Trivial but annoying, was no mute button, not good during the adverts.
Also complicated to hook up.
NULL

Virtualisation in the home
2

Paint & Tools A basic guide to model making by Smeggers