VRS said:
What´s wrong? You want the the holocaust on Serbs to be ignored.
Click to expand...

As a descendant of a family that was almost wiped out by the Germans, and ultimately saved by the "Western allies" I sympathise with your sentiments, however like my grandparents and parents war, its in the past, weep if you must, it changes nothing, its happened, and hopefully wont happen again, remember, but don't let it cloud your judgement on todays political climate, there are certain parts of the world I wont visit, its the same for Muslims, Catholics, Christians, Jews, for every religion, ethnic minority and colour, the hate factor is what drives religion and politics. Get over it, and lead a happy, stress and hate less life,..... Shalom!

A Serbian Nationalist, who lives in Sweden, and whom just stumbled upon this forum no doubt!
SpecOps1989. Proving yet again to be more Special Brew than Spec Ops!

Ho2331 said:
A Serbian Nationalist, who lives in Sweden, and whom just stumbled upon this forum no doubt!
Click to expand...

Exactly. Except that he didn't get the spelling right on what he actually wanted.
There is no armour against Fate.

Ho2331 said:
A Serbian Nationalist, who lives in Sweden, and whom just stumbled upon this forum no doubt!
Click to expand...

Well we can't discount the possibility that it's actually Zlatan Ibrahimović and he's just bored.*

*I know he's of Bosnian extraction but I thought it'd wind VRS up.
A great day this has turned out to be. I'm suicidal, me mate tries to kill me, me gun gets nicked and we're still in ******* Bruges.​

VRS said:
No you commited genocide on Serbs and still do in Kosovo. Soviet Union liberated Serbs from nazis, not west, west supported Ustasa and are not better then Ustasa, still today most Croats are Ustasa, their regime are openly supporting Ustasa.
Click to expand...

They seem alright, I would live next door to one.

VRS said:
What´s wrong? You want the the holocaust on Serbs to be ignored.
Click to expand...

You cunts sent us Yugo's, so I reckon where about even ?
Black Life's Matter....... but not to me

OP.
Stop playing with the internet while I'm screwing the arse off your mum.

I'll suspend the connection and you'll be forced to hear her screams of joy as I smash her colon through her forehead.

@VRS is this your Grandad? 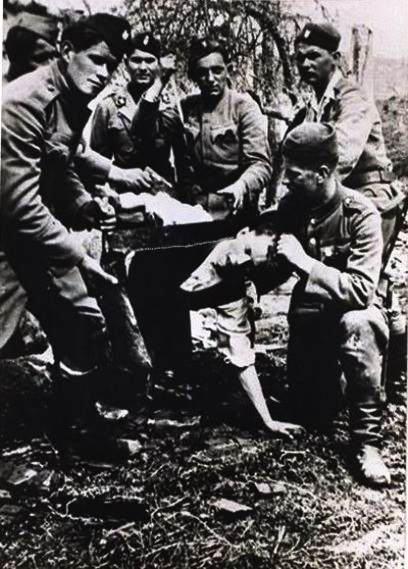 Peirce Bosnian the leader of the Herbs was to blame.

monkey123 said:
You cnuts sent us Yugo's, so I reckon where about even ?
Click to expand...

Better than a Renault, ho, wait. Carry on.

VRS said:
No i dont hate anybody, i despise west for supporting antiserbian genocidal scum and commiting genocide on Serbs. West have nothing but genocide in its history.
Click to expand...

Serbia in the Yugoslav Wars - Wikipedia

Serbia in the Yugoslav Wars - Wikipedia
Click to expand...

I hope the OP realises that a lot of posters here actually saw the results of his maniacal countrymen running amok.

Dirty, wicked, criminal üntermensch. All the good Serbs fled to civilised countries around 1991.

Why do west ignore holocaust on Serbs?
Click to expand...

Wait, there was a holocaust?
I hate purity, I hate goodness, I don't want virtue to exist anyway; I want everyone corrupt

It seems our new contributor is making any early bid for SPOTY 2019.
“Do not go gentle into that good night. Rage, rage against the dying of the light.” - Dylan Thomas
"Those who can make you believe absurdities can make you commit atrocities." - Voltaire
“Nobody's slave, nobody's tyrant." - Generallöjtnant Jakob Albrekt von Lantingshausen

VRS said:
Holocaust was commited on my people and you ask what i did about it?!
Click to expand...

Serbia? Is that one of the Borat republics? 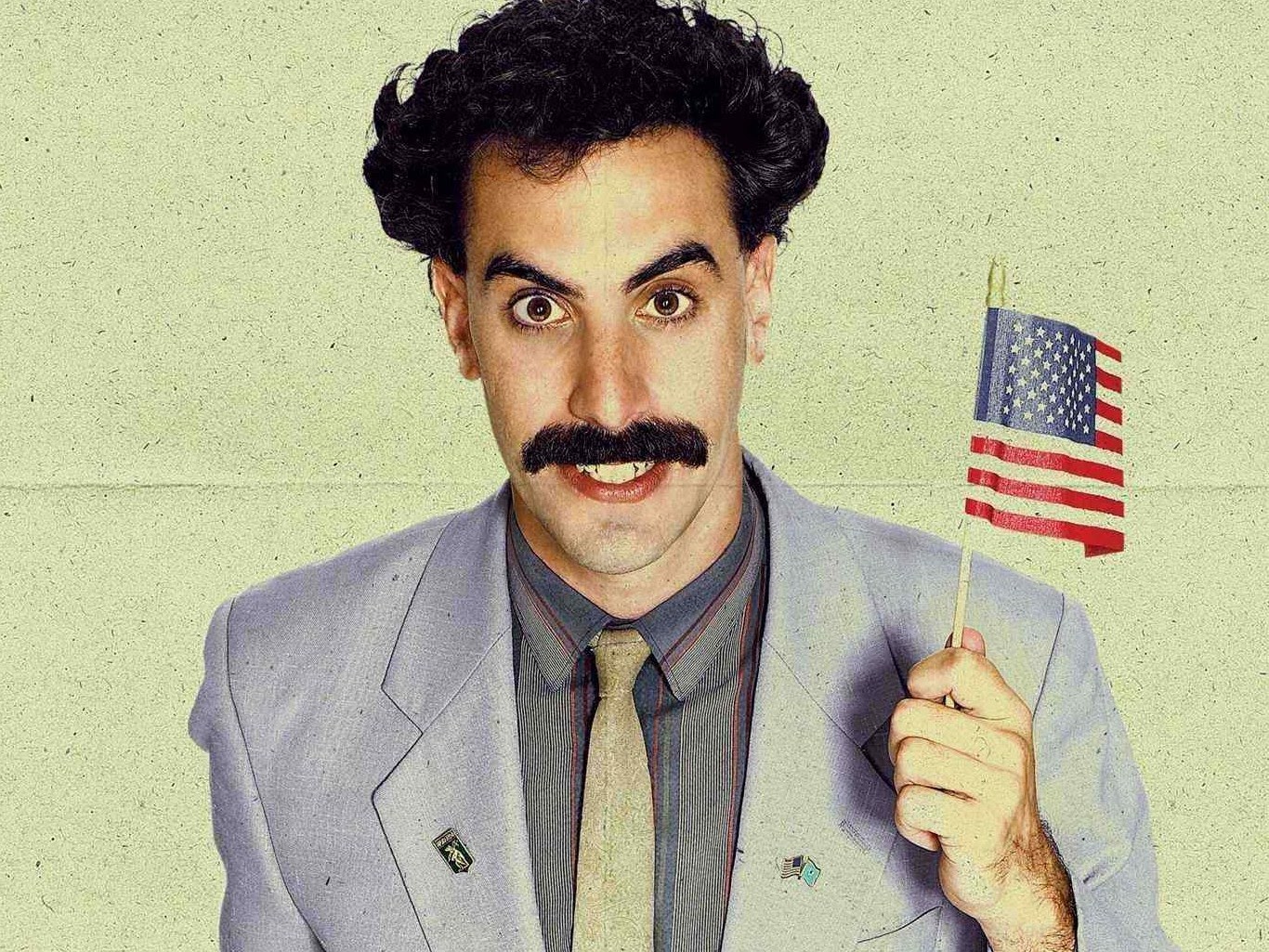 1) Please document all about this atrocity in an academic way. In particular, take great trouble to list and credit all your sources and references. You see, so many people in the West just don't know about Serbian history. In fact most of us just thought that Yugoslavia was just a single country, and didn't know it was a nation of "bundled together" countries. It all came to us as a surprise When Tito karked it and the nation's stresses and strife were revealed to us... We didn't see you at your best because your civil war broke out and many incidents worse than war-crimes took place. You all even gave rise to the phrase Ethnic Cleansing. I don't imagine that all Serbs behaved all pure and innocent either.

2) It's not that we don't care. It's just that we only have a limited capacity to care about anything outside our immediate family and community and country. That capacity has become so stretched nowadays that we truly struggle to mange to care about more things. Even so, we are subject to a constant bombardment of adverts asking us to care and contribute to causes far and wide. We hear little or nothing about the former Yugoslavia nowadays. Although when it was all going on, there was loads being reported in the news media. Yet some of it was so horrific, that it wasn't revealed to the mainstream populace. All this demand made of us to care ever more has led to a backlash where negative comments are increasing commonplace. Such as; "it's time they sorted their own countries out, instead of always approaching us!" And many other such comments spoken with distain and even hatred.

3) Just a few years ago, I spend almost a year working with a Serbian. He was a very good bloke and a near perfect employee. He was so "proper" he wouldn't do a thing wrong. I suspected he was always frightened of any consequences. In fact only a few of us there even knew he was Serbian. One day I said; "Den dobry" and he answered "Dobro jutro" prompting me to enquire; "you what?" Most people thought he was Polish, but that could just be the sort of "racism" where everyone East European is considered to be Polish.

4) Remember too that some of our own fairly recent history has become disregarded. For example, The Korean War. Also known now as "the Forgotten War". So, if you and other Serbians don't document this genocide while you can - it will be forgotten...
Electronic copy. Signed on the original...
A

blackmetallic said:
Wait, there was a holocaust?
Click to expand...

Miodrag Ćakić, chief executive of Refugee Aid Serbia, which monitors migration through the Balkans, believes migrants arriving in the UK are among the thousands who flew into Serbia after the country began offering visa-free access to Iranians in August last year.
The move was ostensibly intended to increase tourism and trade between Iran, the world's 25th largest economy, and Serbia, the 90th.
The visa scheme - which attracted allegations it was being abused by migrants seeking access to western Europe - ended on 17 October, by which time some 40,000 Iranians were said to have flown to the Balkan nation.
It is unknown how many returned home, but according to the Associated Press, local media reported that direct flights from Tehran to Belgrade had been arriving full and returning empty.

VRS said:
Holocaust was commited on my people and you ask what i did about it?!
Click to expand...

You ran away didn't you
Last edited: 4 Jun 2019
What if the monkey decides to spank you ?