Reported now on SKY 1 killed in Iraq and a 2nd in Afghanistan.

RIP but do not think that you will be forgotten...

I am capable, not culpable...

RIP
And Ye Shall Know the Truth and the Truth Shall Make You Free - John 8:32.
B

RIP
I never apologise. IM SORRY, that's just the way I am! 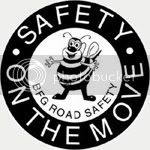 RIP Guys, as always thoughts are with the family and friends at this sad moment.
Squaddies.... Lions led by political donkeys.

RIP you did your country proud.

Thoughts and condolences with family and friends

RIP
The harder the fighting and the longer the war, the more the infantry and in fact all the arms, lean on the Gunners - Field Marshal Montgomery.
S

RIP
RIP Guys,
Our thoughts are with your family.

Two British servicemen were killed, one in Afghanistan and the second in southern Iraq, said the Ministry of Defence.

A Marine was killed during a mission to clear Taliban positions in Kajaki, northern Helmand, Afghanistan. A soldier was also killed while serving in Basra, southern Iraq, said an MoD spokesman.

The news made January 13 the bloodiest day for British servicemen overseas since November 12 last year.

On that date, four service personnel were killed following an attack on a boat patrolling the Shatt Al Arab waterway in Basra.

Secretary of State for Defence Des Browne said he was "greatly saddened" to hear of the deaths.

Speaking of the Marine in Afghanistan, he said: "My thoughts and sincere condolences are with his family, friends and colleagues as they come to terms with this terrible loss."

An MoD spokesman said the next-of-kin of both servicemen have been informed. They have requested a further 24 hours before further details are released.

The Commander of the UK Task Force in Afghanistan, Brigadier Jerry Thomas, paid tribute to the dead Marine.

He said: "It is with profound regret and sadness that I must report the death of one our Marines during operations in northern Helmand.

"I send my sincere and heartfelt condolences to his family and to his friends. They have lost a much loved member of their family and a good friend and my thoughts are with them at this difficult time.

"Despite the difficult circumstances, our serviceman's colleagues on the ground continue to display their professionalism and dedication with their determination to complete the operation."

An MoD spokesman said there were no more details available of the circumstances of the serviceman's death in Iraq.

RIP
You've kept us safe for another week while others sit at home enjoying the benifits.
"If you can read this, thank a teacher. If it's in English, thank a soldier!"