I thoroughly enjoyed this book and wish I’d met him but even though we served at similar times (he did a few years before me, left a couple of years after) I never encountered him as we were in separate worlds (not to mention he was one of their lordships). I did know a couple of the people he mentions.

This is quite a remarkable autobiography and gives lots of dits from his leaving school and joining the RAF, skint like all of us in those days, to gaining 3 stars. He has got to be one of those fighter pilots that we all wish we were, or at least look up to. Flying lightnings on the front line, then phantoms (my personal favourite) and onto a myriad host of other aircraft including the Red Arrows hawks (but not as a display pilot) and spitfires!

The story takes us through from those early days, when all he ever really wanted to do was fly and my goodness fly he does. One of his early ‘adventures’ really put the fear of god into me, flight to Singapore, in a lightning, back in the 70’s. OK quite a few old names, long gone now, pop up like Gan and Masirah but it was a long trip with some very close shaves due to weather and tanker support. The book is filled with these types of trip and even close to retirement he bags a trip to the USA to demonstrate the Hawk to them. You may think how does a 2 star (as he was then) get to make such a trip? It was because he basically used his rank, in every appointment he had, to ensure that he kept flying and retained his currency on several aircraft, including the Hawk. The number of aircraft he flew is remarkable, Hurricane, Spitfire, Lancaster etc. etc. not forgetting his passion for the Chipmunk, especially taking up Air Cadets which he did throughout his career. 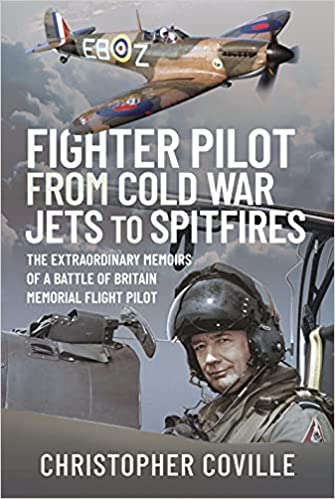 It's not just a book about his flying exploits and trips, he also includes some of the many bollockings he had, not just for ‘high spirits’ but a couple of flying incidents. He certainly enjoyed a drink, or two, or three which tended to be his downfall on several occasions. I found the story of setting a piano on fire at Coningsby, then racing around the Officers Mess in an old car, eventually banging into the vehicle in front, which went into the piano highly amusing. Regrettably the press found out about it, and it made headlines, which meant that the Station Master was called to MoD for an interview sans coffee and biccies, can you guess who the Station Master was? Double Oooopppsss! He doesn’t talk too much about work (although the promotions came thick and fast) but he must have worked extremely hard to get to where he was. He is certainly good at schmoozing with the great and good but he also learnt to keep the troops happy. A lesson he learnt early was that it’s the troops who make things work, it’s not much good being a top-notch flyboy if you haven’t got a serviceable plane to chuck around the sky.

· From Back in Blighty
NULL
Book Reviewer

Setting the mess piano on fire must be on the curriculum at Cranwell.

AULD_SWEAT said:
Setting the mess piano on fire must be on the curriculum at Cranwell.
Click to expand...

It's yea hairy old RAF (officers) tradition (not just only done once a year): 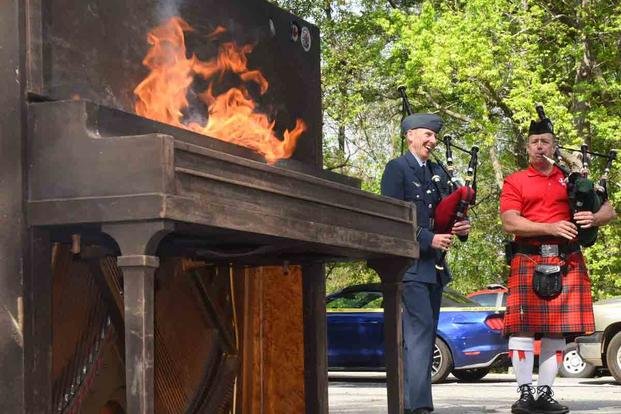 Why the Royal Air Force Burns Pianos Every Year

The display was originally to honor pilots who gave their lives during the Battle of Britain, but has been adopted by other air forces.

www.military.com
I hate when people confuse education with intelligence. You can have a bachelor's degree and still be an idiot!